As the days until San Diego Comic-Con continues to wind down, more and more leaks and reveals are being made. And one of the biggest ones for DC Comics is the arrival of the first trailer for Aquaman. As the sole live-action DC Comics movie this year, there’s a lot of pressure to get it right. A little bit ago, the first official movie poster for the film arrived, and it got some mixed reactions. But now, Den of Geek has revealed something much cool.

As part of their official SDCC Magazine, they revealed that the cover would be about Aquaman, but in a twist, the cover shows off many of the characters that are going to be in the film, including some that haven’t been revealed as of this time. Check out the poster below: 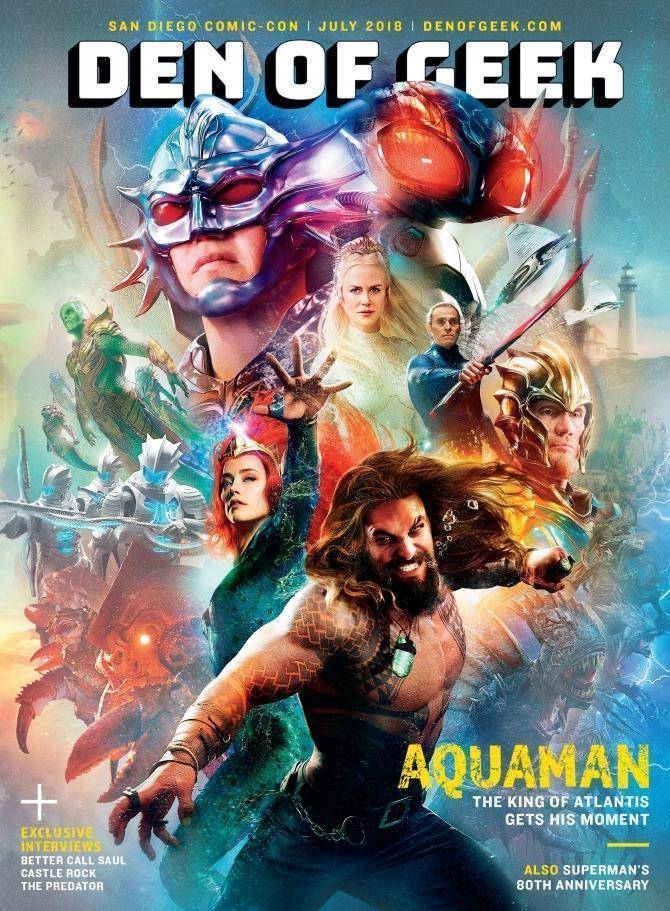 As you can see, we have our first official looks at characters like Ocean Master (complete with comics accurate helmet), Black Manta (with an also accurate helmet), Queen Atlanna, Vulko, King Nereus, and hints at the creatures that Aquaman will be battling against in the film.

The original picture of this was actually made by the director of the film, James Wan, but he didn’t want to use it in promotional material. So Den of Geek got it, stylized it a bit, and made it their SDCC Magazine cover.

The movie is set to arrive on December 21st.

Wonder Woman 3 is now said to be in development. The “anti-woke”