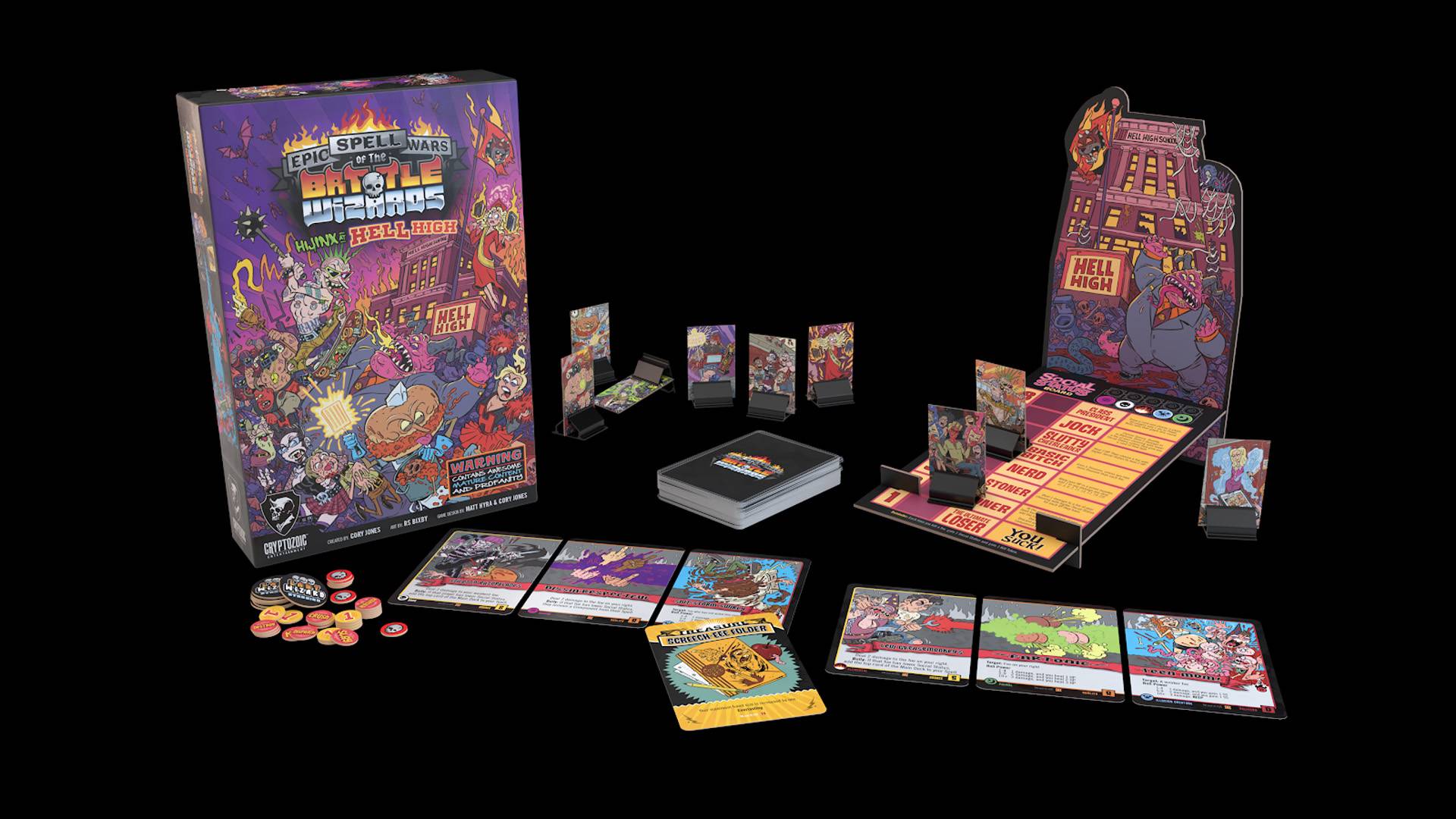 Cryptozoic Entertainment has announced a fifth entry in their Epic Sell Wars series of card battling games. This one takes place in the harsh world of high school, which has only gotten worse with the addition of magic. The full title is Epic Spell Wars of the Battle Wizards: Hijinx at Hell High. It  comes in a large $30 box and inside you’ll find:

The game is compatible with earlier releases in the Epic Spell Wars series. Two to six players can gather around the table and live a fantasy-enhanced version of one of the worst experiences life can offer. Now that you can control matter, will this time be different?

The biggest change the high school setting makes to the mechanics of Epic Spell Wars is the Social Status Board. Based on age-old rules of high school cliques and hierarchy, each player will be assigned a number on the Social Status from 8 (for Class President) to 1 (for Ultimate Loser). Your goal is to climb up the board by any means necessary, natural or supernatural.

“As we wondered how to set the fifth Epic Spell Wars game in the most horrible, evil, blood-thirstiest place in all of creation, the answer quickly became obvious: high school!” says Cory Jones, the creator of Epic Spell Wars. “The art, card names, and card effects are all inspired directly by high school experiences. As players channel their fury into red-hot death spells, it’s going to depend partly on their Social Status. It all leads to an Epic Spell Wars experience that will let you relive your own traumas while casting spells and having tons of fun!”

Epic Spell Wars of the Battle Wizards: Hijinx at Hell High is available now at most hobby shops and the Cryptozoic Store

Crusader Kings Will Be Released August 1

Women in Dungeons and Dragons: This is no Boy’s Club –...

Resident Evil 2 Becomes A Board Game