Allison just got over a breakup, and isn’t feeling eager to resume dating again. Her best friend decides to set up her profile on a dating site anyway, without her permission, but since this is the movies, Allison is pleased rather than furious about that. And she might have actually met the man of her dreams as a result.

But eventually, her friend figures out the truth: Vincent, the man Allison just hastily married, knows Allison is next in line to inherit millions if her brother dies. And then if SHE dies, it’s all his. Can they stop his gold-digging murder plot before any of them wind up in the ground?

Her Deadly Groom stars Kate Watson as Allison, Michael DeVorzon as her ill-advised love interest, and Eric Roberts in an unidentified role. It was directed by Jared Cohn (The Horde, Little Dead Rotting Hood) and it’s now available to watch on digital platforms. 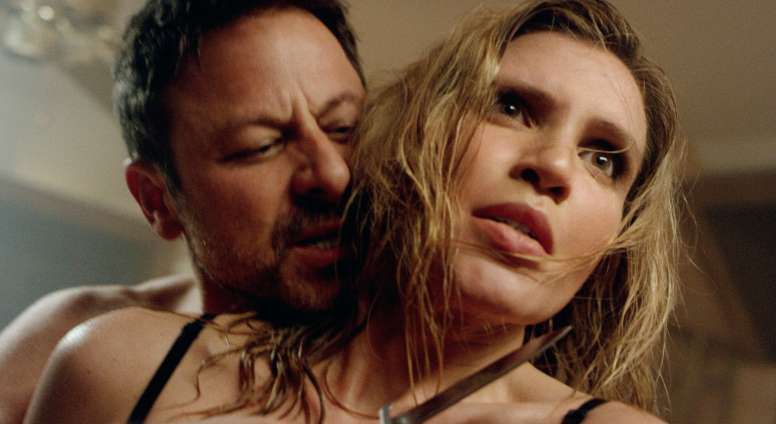 Now available ON DEMAND, a new thriller from the director of THE HORDE and LITTLE DEAD ROTTING HOOD, starring Michael DeVorzon from FAST AND FIERCE : DEATH RACE.
Recent divorcee Alison (Kate Watson) is nervous about jumping back into the dating pool. When her best friend sets her up on a dating site, Alison is matched with Vincent (Michael DeVorzon), a mysterious man who appears to be too good to be true…because he is. Will Alison uncover the truth about Vincent’s motives before it’s too late?

Filmmaker John Waters was a pioneer, not just for his cinematography and demented ideas, but because he worked with queer themes that wouldn’t be commonplace in Hollywood for at least a generation. Death Drop Gorgeous is a new slice of indie horror intended as a giant tribute to the works

The Influencer Coming To DVD And VOD This September

Breaking Glass Pictures will be debuting their social satire thriller The Influencer on DVD and VOD next month. Everyone loves influencer Abbie Rose, at least in the opinion of Abbie Rose. She uploads lifestyle, fashion and makeup videos nightly that are watched by millions. There’s obvious money to be made