My dudes, we have arrived. It was in some real peril for a while, and like, we didn’t know if it was gonna happen, but our future has been saved. The first trailer for Bill And Ted Face The Music has been released today, June the Ninth, 6-9. Sixty-nine, dudes!!

Now the first thing you’ll obviously notice, dude, is the most triumphant return of the Orion logo, because it wouldn’t be a party without those stars. And speaking of stars, check this out…do we have a bodacious cast! Keanu Reeves and Alex Winter have returned to once again fill the Keds of our excellent heroes. Brigette Lundy-Paine and Samara Weaving play their amazing offspring, and you can see them in one shot of the trailer: 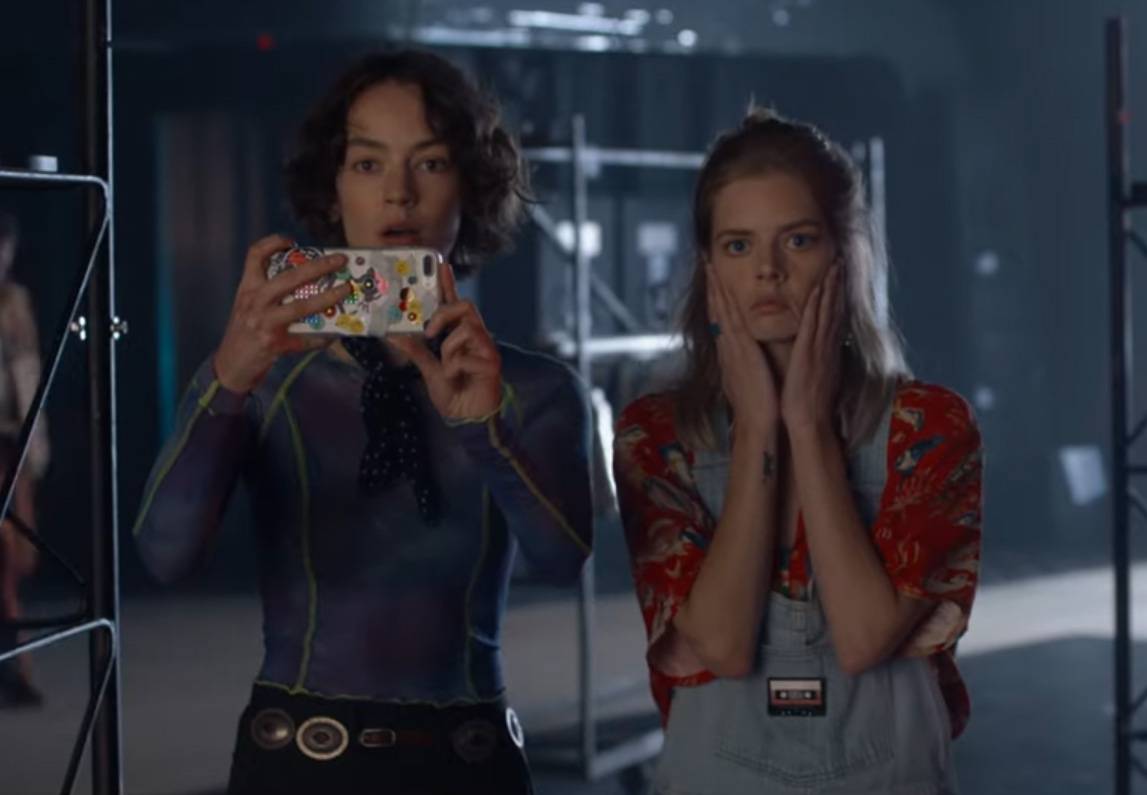 See, like, every great movie needs a plot and stuff, so here’s what we’re dealing with: the Wyld Stallyns are suffering a most heinous fate. They still haven’t come up with the song prophesied by the radical future dudes to unite the world! And now that George Carlin is too busy playing Twister with Death, they’ll be on their own this time. They’ve gotta figure out those beats, and quick, before they become dust in the wind, dude.

So, like, when’s it coming out? Whoa….that’s the real question, isn’t it? This gnarly virus is gonna make a 2020 release difficult. But they’re gonna try, man, they’re gonna get the song to you one way or another. Currently, Bill And Ted Face The Music is slated for August 21, 2020…or whenever it’s safe to party on!