A Reckoning That Should Come To Us All – Movie Review

A Reckoning is a startlingly bleak, yet undeniably engaging moving picture experience from start to finish.

Need a break from loud and lazy cinematic spectacle? A Reckoning is a startlingly bleak, yet undeniably engaging moving picture experience from start to finish. Many filmmakers promise a masterpiece and deliver a crayon stick figure drawing, while other cinematic efforts enter our minds with such low expectations that their artistic creativity catches us totally off guard. Such is the case with writer/director Andrew David Barker’s auteurial effort, A Reckoning. 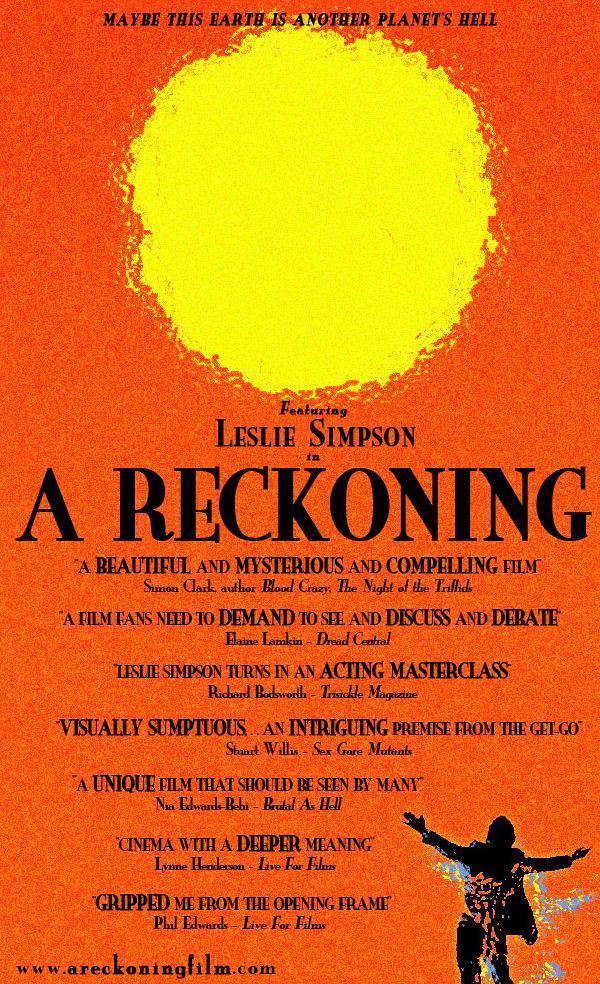 To start, I must admit my bias and admiration for films dealing with a lone character coping with adverse conditions, counting the Robert Zemeckis/Tom Hanks collaboration Castaway among my list of endlessly watchable films. However, I count Will Smith’s attempt to play the last man on Earth in I Am Legend as a resounding failure, so keeping the cast list small is not an instant path to praise in my book.

This 2009 British production presenting a post-apocalyptic tale of a man’s psychological battle to retain a sense of normalcy in a desolate, yet familiar world certainly belongs in the company of those aforementioned studio films. From it’s opening credits sequence where silent movie title cards separate seemingly anachronistic moments from the life of the film’s unnamed protagonist (played by Leslie Simpson), the viewer is instantly curious about the world which he inhabits.

Most fascinating are the moments of the “Lonely Man” going to work at an abandoned school, teaching various subjects to a classroom full of straw dummies dressed in children’s clothing. It is here that the man becomes a screaming tyrant, violently taking out his pent up frustrations on imaginary students. These outbursts are in stark contrast to the silent, introspective survivor we see taking up residence in a deteriorating home and tending to various physical maladies.

Desperately seeking a sense of community the Lonely Man has created dozens of straw neighbors to interact with in both friendly and intimate ways, until a psychotic God complex spells their doom later in the film. While the concept of treating straw dummies as living beings was used jokingly by Christopher Guest in the Chris Farley/Matthew Perry comedy Almost Heroes, here the sincere performance by Simpson provides both humor and heartbreak as these one sided relationships play out.

Lacking a central narrative to drive the story, the continued engagement for the viewer comes from the at once voyeuristic and sympathetic experience of wondering how long the Lonely Man can survive with his rapidly deteriorating sense of reality. As the film trudges on, we wish we could be the ones to reach out and end his debilitating loneliness.

Though A Reckoning is not a technical wonder, filmed mostly in HD video, each scene is visually engaging in its composition and the selected filming locations are wholly entwined with the tone of the film. It’s speaks to Barker’s vision that the seemingly patchwork nature of the film’s vignette’s serves to connect you more to the mental state of our “Lonely Man”, than draw attention to the man behind the camera.

Due to the Director’s reported falling out with the film’s financiers, this uniquely executed art film has been relegated to YouTube, which as stated earlier, may be to its benefit. Make no mistake, this is an amatuer production, but a larger budget would likely detract from the charming nature of the filmmakers ambition. A Reckoning deserves to be seen and will serve as a refreshing palate cleanser to the standard Hollywood fare.

The Ascension Of Ava Delaine Now On Amazon Prime