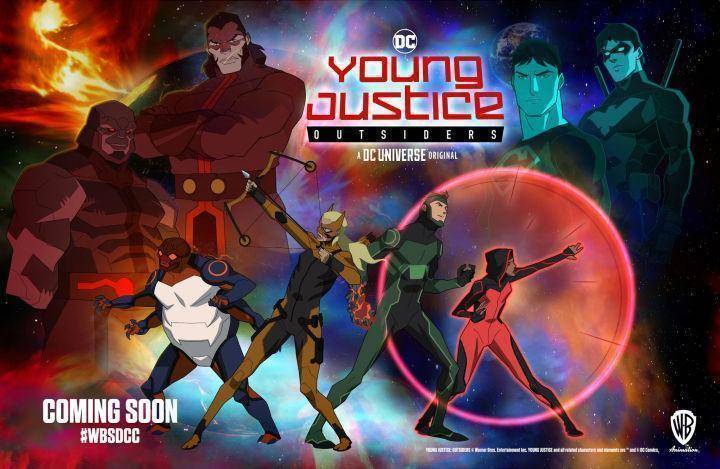 At the Young Justice panel today more information of the third season has been shown, including a new trailer.

The long awaited return of Young Justice is much closer as more information is brought up at San Diego Comic-Con 2018 at the Young Justice panel on Friday.

At the panel we were told that it will have twenty six episodes and will take place three years after season two. The show will also be returning to its espionage roots. The season’s main plot is about metahuman trafficking. We will be getting a new hero named Thirteen who is a mystic being trained under Zatanna. We were also told that Forager would be the comic relief character this season.

Young Justice started on November 10th 2010 and ran for two seasons on Cartoon Network. It was canceled to the dismay of fans to which they made and signed petitions to save the show. Fans were hoping for Netflix. However with DC opening their own streaming service this fall, people knew that if it was coming back, it would be in house. To the joy of many at the panel, it is.

While no set date has been announced, it is safe to say it will be either at launch or shortly after.

The trailer shown recaps what happened at the end of season two and what is to come in season three. With many classic heroes and villains shown in the trailer. This season looks to assure fans of the series that they still have what it takes.

The CW Expands To Sundays This Fall

Batman vs. Superman Movie Delayed to 2016

Next Season On Supergirl, Superman Will Actually Appear