Have you ever found a movie that you love, but nobody else seems to know about? A movie that speaks so deeply to your soul that you have to share it with everyone close to you in order for them get the full picture of you as an individual? Then Wolfman’s Got Nards, the beautiful documentary from Andre Gower and Henry McComas is a film about you and your cult obsession as presented through the lens of the fan community surrounding creepy comedy adventure, The Monster Squad. 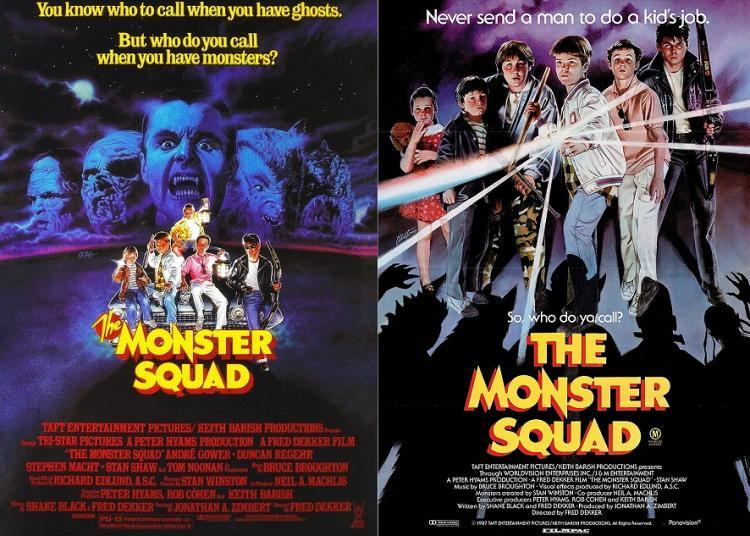 If you’ve never heard of The Monster Squad, you’re not alone. Arriving unceremoniously in theaters during the Fall of 1987, it quickly left the big screen for second run life on cable and video rental store shelves where a few curious kids throughout the nation grabbed hold of it and like a living mummy on the back of a car, never let go. 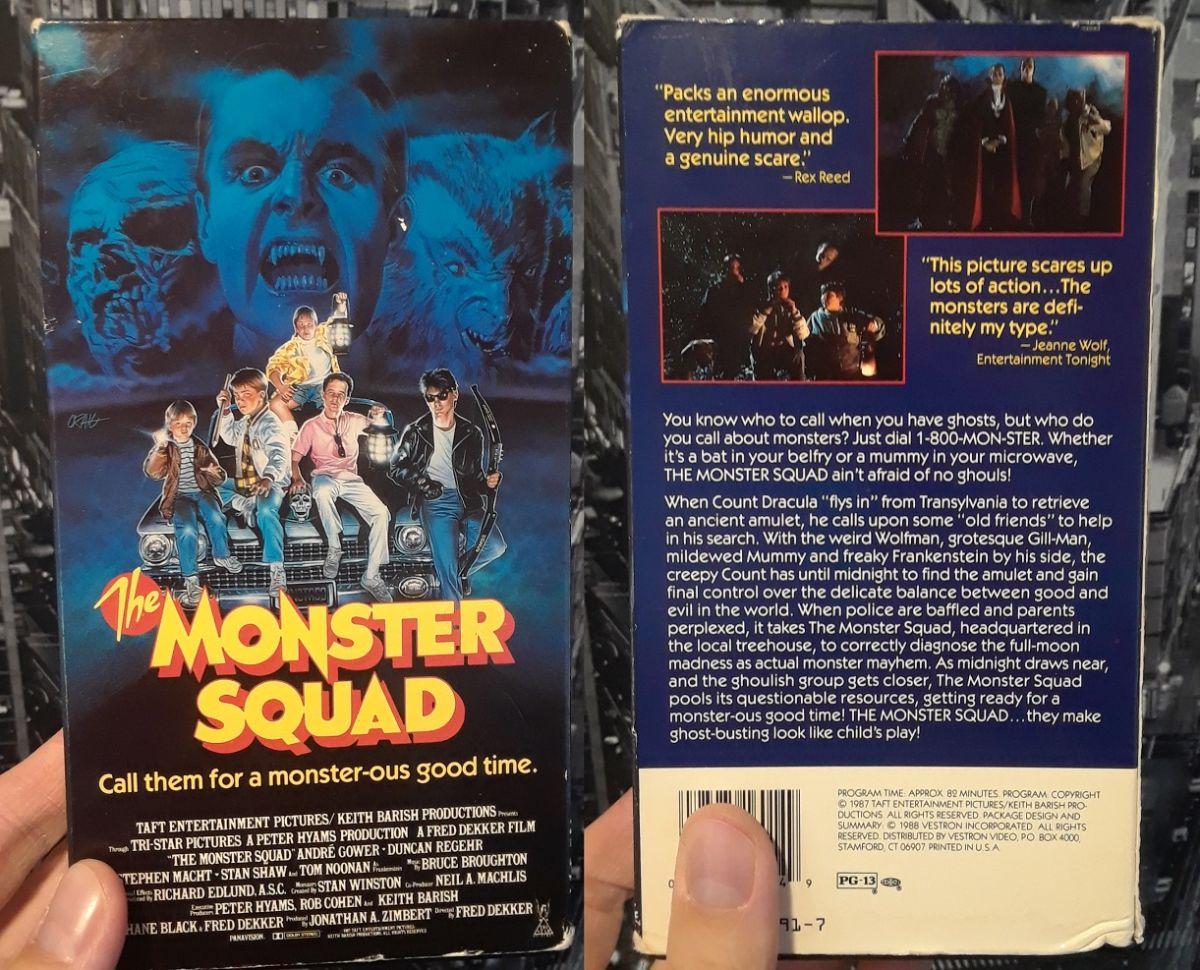 I count myself among this devoted throng of fans, having discovered The Monster Squad in 1989 at the local video store long before I ever saw The Goonies (a film to which it is often compared). Being a social outcast who constantly checked out all available monster books from the elementary school library, I felt like I had found a film tailor made for me. Hollywood finally got it. 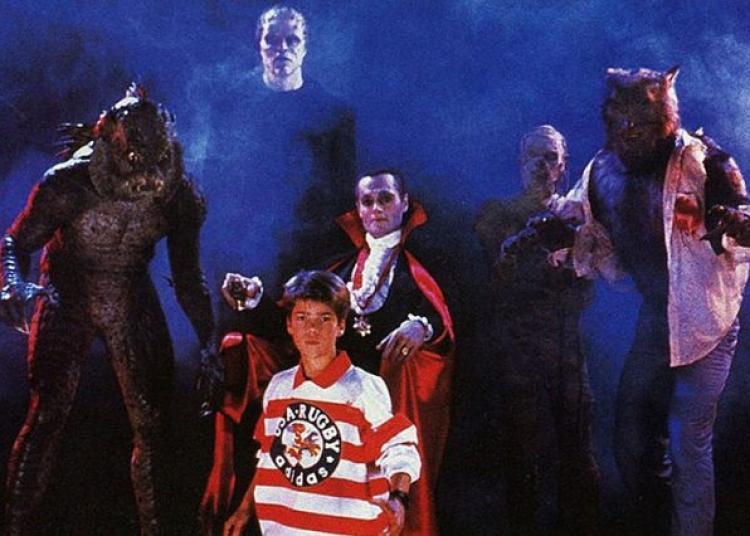 Honestly, how could a person of any age not be fascinated to a story of monster obsessed kids going up against an evil team of cool ghouls like Dracula, The Wolfman, Frankenstein’s Monster, The Mummy and Gill-Man for the fate of the world? Add in amazing creature designs by the legendary Stan Winston’s Creature Shop, plus a witty script by Shane Black of Lethal Weapon fame, it’s entertainment of the first order.

Sadly the film basically vanished into obscurity throughout the 1990’s and without an official DVD release, became a forgotten relic of the 20th century as the world survived Y2K and the frosted tips of numerous boy bands. But on the eve of the 30th anniversary of the film a die-hard fan of The Monster Squad arranged a cast reunion for a screening of the film, which lit the match under the dormant, but devoted fan base who had been waiting for a public stage on which to hold the flame higher. 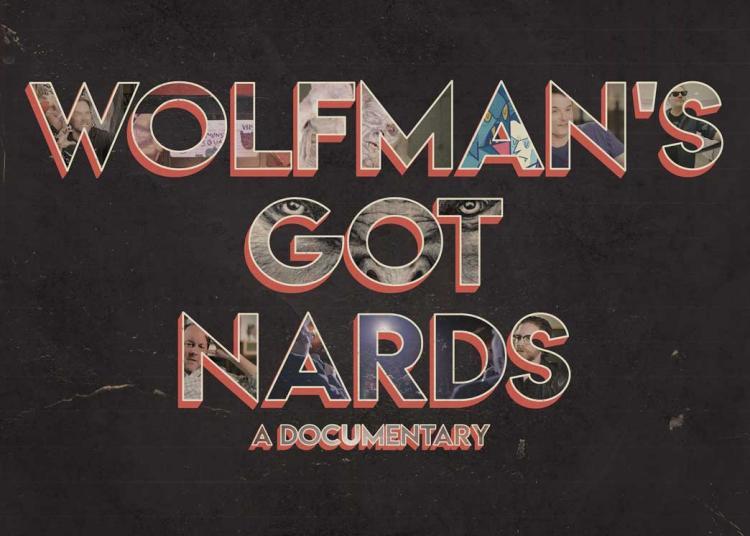 And thus the story of Wolfman’s Got Nards began.

Andre Gower, who played the leader of The Monster Squad, Sean Crenshaw in the film had all but written off his sole starring role on the silver screen, while his co-star, Ryan Lambert consciously omitted any mention of his role as the leather jacket wearing greaser, Rudy over the years to avoid dredging up the heart wrenching feelings of failure that followed the disastrous theatrical run. But in 2017, thrust back into the spotlight in front of cheering fans at screenings held at Alamo Drafthouse locations around the country with writer/director, Fred Dekker and former on-screen cutie pie, Ashley Bank along for the ride, the truth behind the special quality of The Monster Squad could not be denied.

That’s when Gower decided to pick up a camera to document the tales of how much The Monster Squad meant to fans who would excitedly attend these events. Eventually teaming with filmmaker (and fan himself) Henry McComas, a story began to unfold that was crafted and molded into a documentary pulling one of the most iconic lines from the film, Wolfman’s Got Nards. 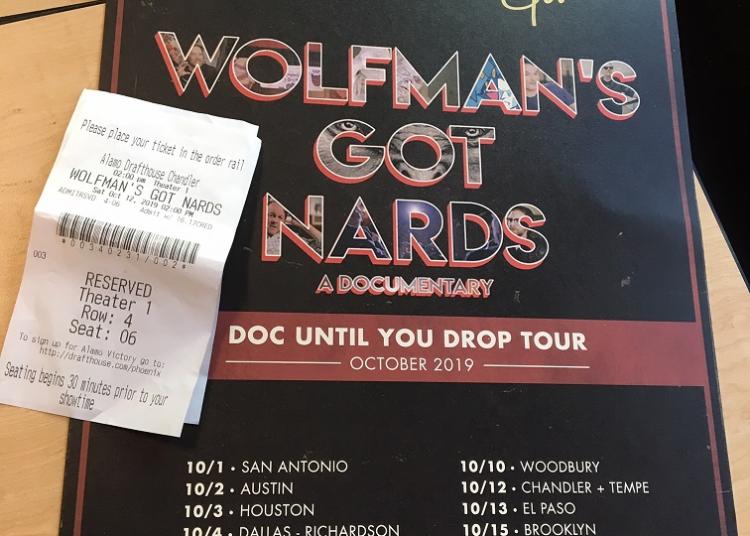 Now on a 20 city tour of Alamo Drafthouse locations throughout the United States, you may be wondering, how well does the final product reflect the heart and soul of The Monster Squad fandom? Well, if the amount of tears leaking from my face like Phoebe saying good-bye to Frankenstein’s Monster is any indicator, pretty darn well. 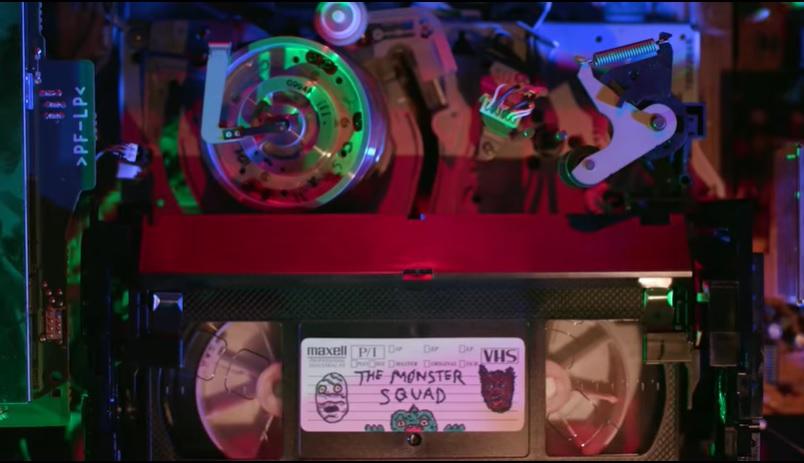 First off, the interview footage is beautifully shot and edited, presenting a professional polish that many fan documentaries lack. For horror fans who have enjoyed productions such as Never Sleep Again or Crystal Lake Memories, this is on par, but provides so much more than simply a behind the scenes look at the experiences of the cast and crew. Though the film definitely gives some amazing insight in that regard as well. 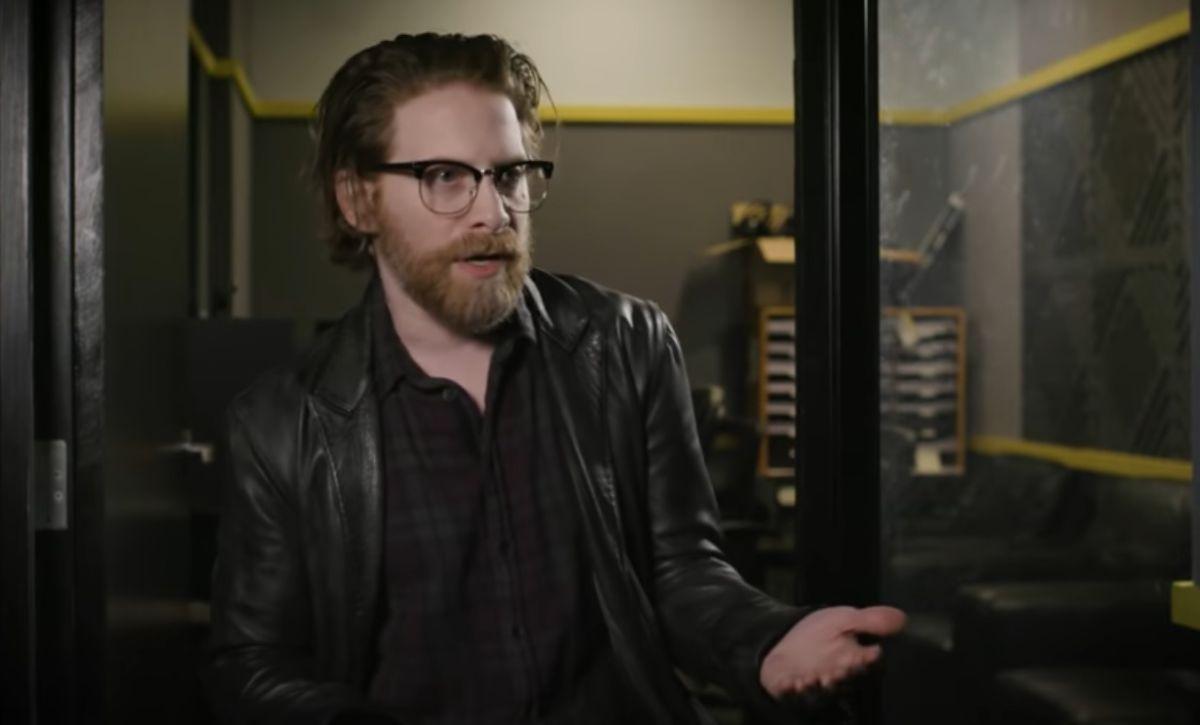 Never before seen behind the scenes footage of key moments in The Monster Squad will elicit Oohs and Ahhs from longtime fans, while a fun animated synopsis helps newbies catch up on the fun. The film is nicely paced and feels comprehensive without lingering too long on any one topic. Lots of fan art and interviews with admirers like Seth Green who went on to make their own mark in the entertainment industry gives the film a sense of weight and importance. 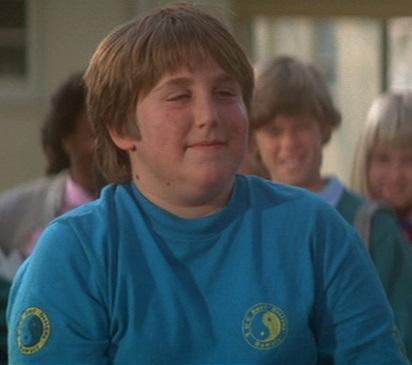 The most touching story featured is that of the late Brent Chalem, who played Horace in the film. It was he who uttered the line, “Wolfman’s Got Nards” and enjoyed a triumphant reclaiming of his identity in the face of cowardly bullies at the film’s climax, but in 1997, Brent passed away from Pneumonia causing him to miss this long overdue celebration of the film in which he is so memorable. Chalem’s experiences have long been a missing piece of the puzzle, but interviews with family friends answer many questions of his life after The Monster Squad. 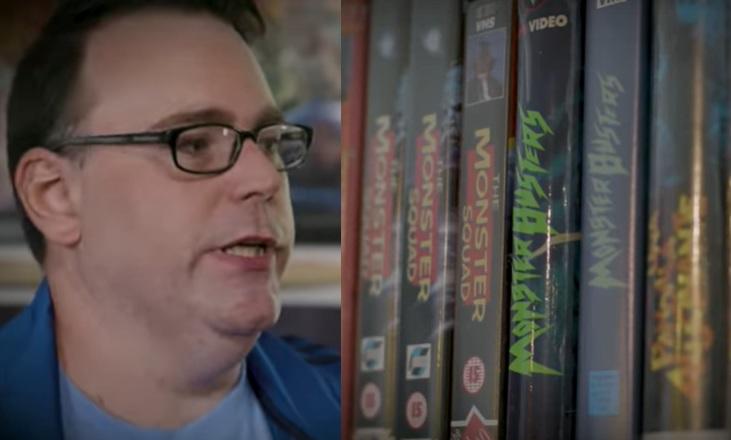 While giving time to super fans like Shawn Robare who has collected nearly every release of The Monster Squad on VHS from around the world, Wolfman’s Got Nards ultimately looks beyond the cult status of failed film itself and how films in general can become an integral part of a person’s life. Many of the stories being shared by fans involve repeated viewings with family, memorable sleepovers at friend’s homes and in my personal history being an overweight child who was taunted by the insult that I looked like Horace, only to find power in the arc of that character’s journey many years later.

My experience at the Alamo Drafthouse screening was just like discovering The Monster Squad that first time, a feeling like I was seeing a piece of art that was made with me in mind. Longtime fans of the movie will be delighted by the celebration of the adventures of Sean, Patrick, Rudy, Horace, Eugene and Phoebe, while more casual viewers like my childhood friend who attended the screening with me will be able to connect it all to their own personal film favorites. 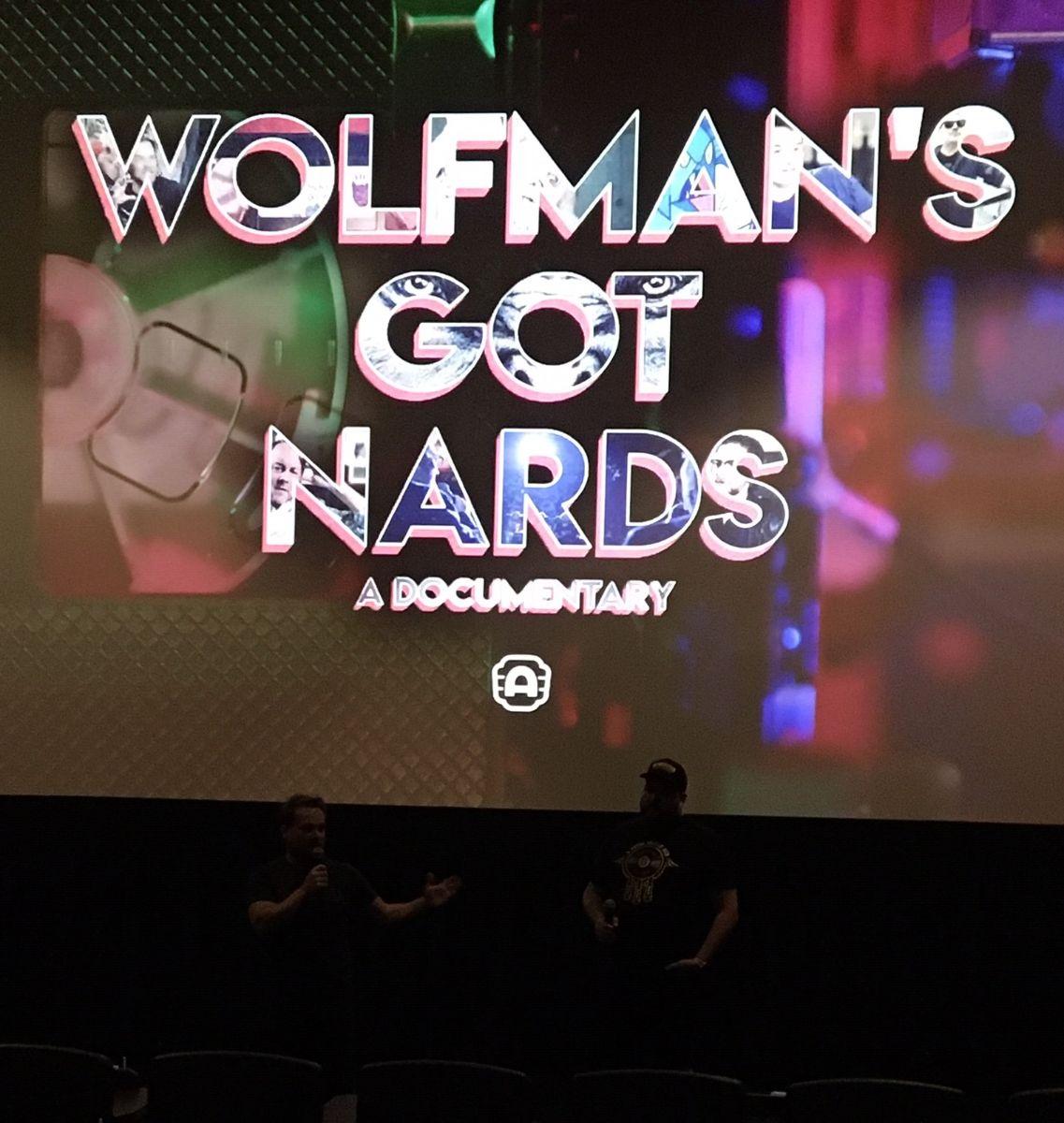 As mentioned previously, Wolfman’s Got Nards is currently making it’s way across the U.S. and you can find a screening at your local Alamo Drafthouse. As a bonus star Andre Gower and director, Henry McComas are personally attending these events and participating in a lively Q & A session after the film, where more insight is to be gained into production of the documentary or simply sharing a few laughs about the film that inspired it. 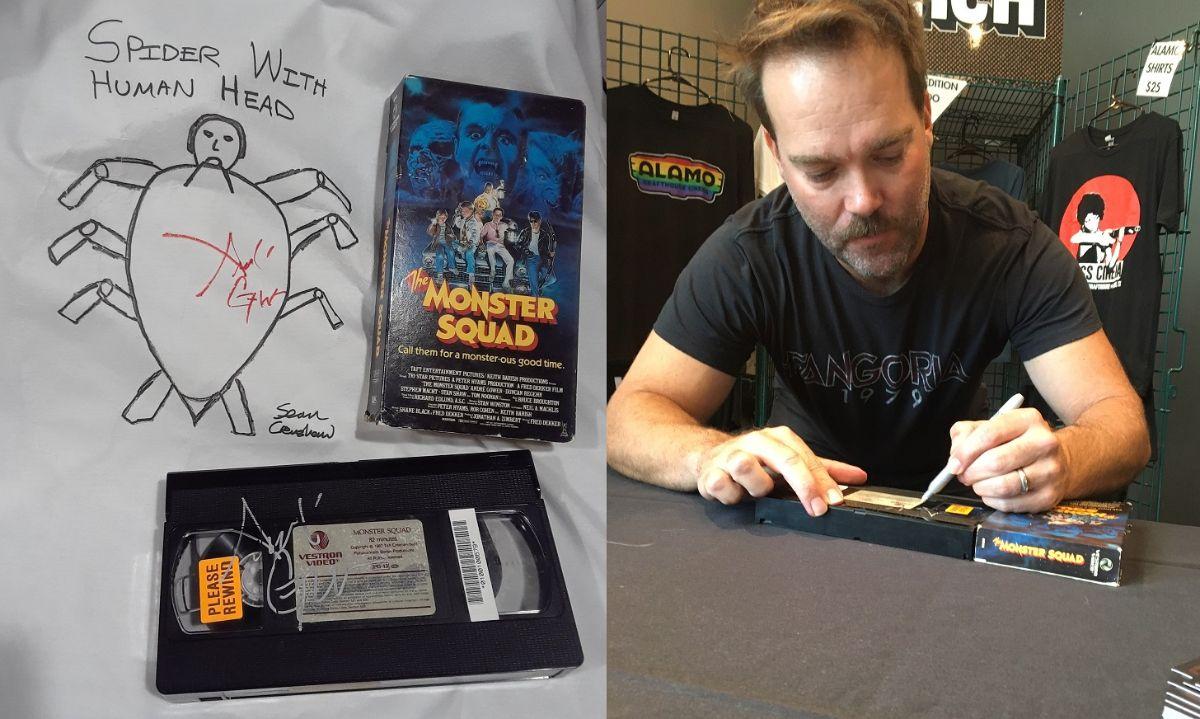 An even more personal interaction awaits in the lobby where you can engage in a one on one conversation with the filmmakers and maybe take a picture or two. I personally enjoyed showing Andre the Spider With Human Head custom t-shirt made for the event, which he informed me was a drawing he had personally created for the production in 1987. I was also lucky enough to have him sign my VHS copy of The Monster Squad, a prized bit of nostalgia I will always cherish. 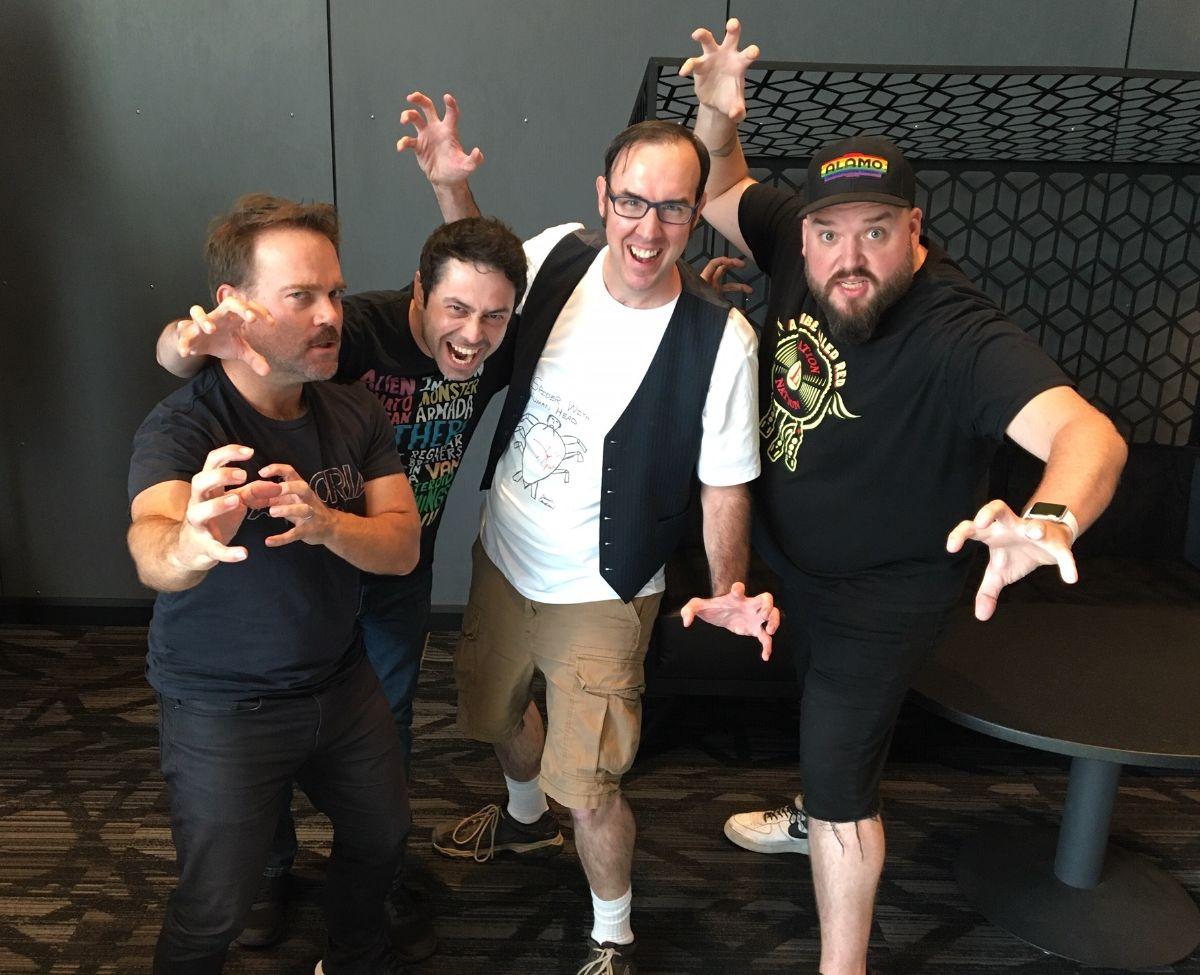 I highly encourage you to jump into your sleek black hearse with the skull hood ornament and drive on over to the nearest Alamo Drafthouse by the end of the month. I personally had to drive 5 hours to make this screening and it was worth every mile traveled. The affable nature of the filmmakers and the heart contained within Wolfman’s Got Nards is sure to bring a smile to your face whether you have fangs to display or not.