Check it out — we have a brand new screenshot from the Snyder Cut of Justice League! 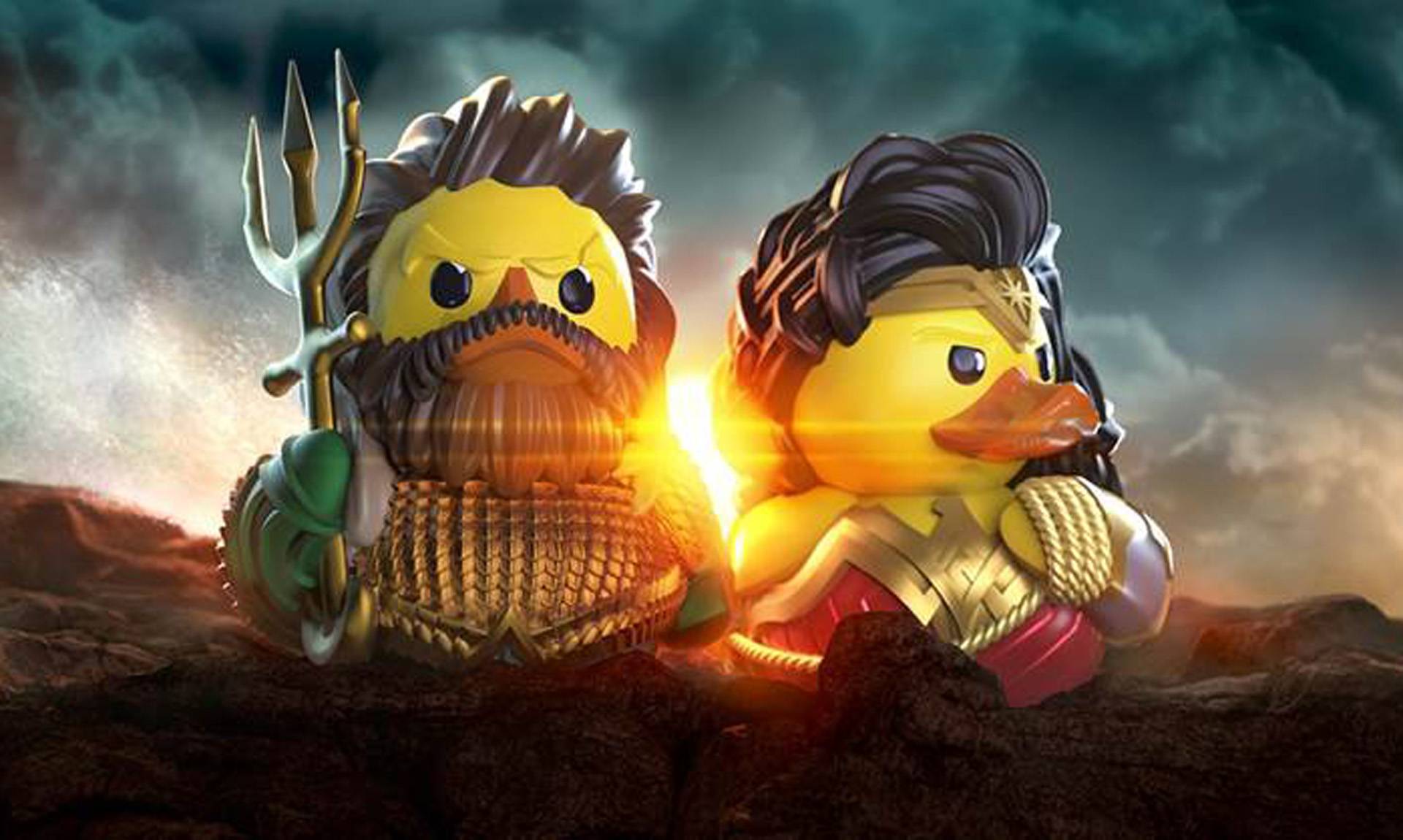 Oh…..whoa. Wow! We hear he was taking the film in a new direction, but we had no idea he meant…..

Turns out these are actually Tubbz figures, which are collectibles that reimagine your favorite characters as rubber duckies. Tubbz is dipping into the DC license and duck-ifying Wonder Woman and Aquaman. They’re based on the movie versions and come resting in little tubs with the respective Wonder Woman and Aquaman movie logos on them. Tubbz stack on top of each other, making collections easy to display especially in tight spaces. 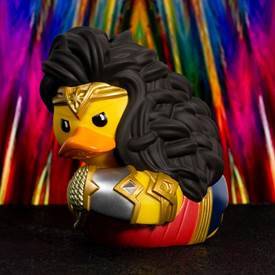 Known as Wonder Woman, Diana Prince and now duck, she is a 70s icon. You’ll easily recognize her, there’s no mistaking that costume – headband is in place, she’s holding the Lasso of Truth and more than ready for action, who’s going to take her on? 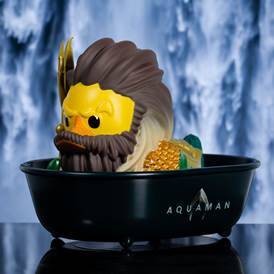 He maybe smaller than Jason Momoa but he’s still larger than life, even as a duck.  As an ‘Atlanteon’, he is taking his new role like a duck to water, and with his ability to communicate with marine creatures, there’s no doubt he will be a huge presence in the pond.

Tubbz already exist for Batman, as well as Star Trek, Lord of the Rings, Sonic the Hedgehog, Ghostbusters, and even the cast of Friends. Would a duck version of Wonder Woman get along with a duck version of Phoebe Buffay? Only one way to find out! The Tubbz cost $12.99 each.