Ever feel like a robot in disguise? Now you can let out your inner Autobot through the newly announced Transformers RPG game from Renegade Studios. Create a Transformer character using the roles described in the book, pick your abilities and what to change into, and set off on your journey to stop the Decepticon menace. 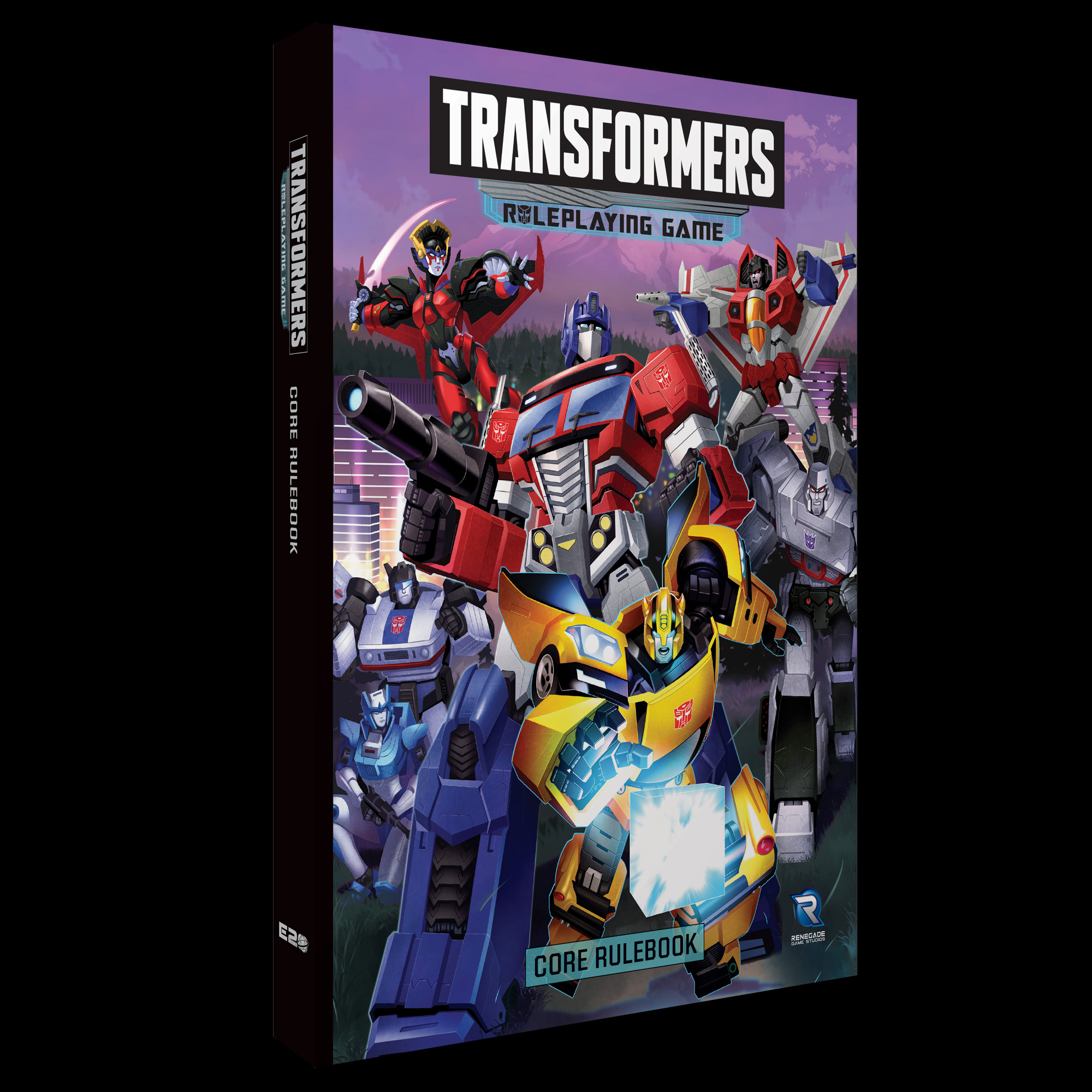 Everything you need to play is in the Core Rulebook, but if you’re short on dice, Renegade will sell you some with the Transformers logos on them. The bag contains a full set of dice from a D2 coin up to two D20s, and Optimus’s head is printed on the side.

If you’re thinking that a Transformers roleplaying game already exists, and that it was released not too long ago, that’s what I thought as well — but a quick search through the archives proves that the only product related to such a thing was a card game produced by Wizards of the Coast in 2018. Mandela Effect strikes again!

Oh yeah…if your cards are worn out, there’s a new card-based Transformers game coming as well, also from Renegade. The Transformers Deck-Buiding Game has competitive and co-op options and plays very similarly to the GI Joe Deck-Building Game discussed a few days ago. Level up, face more powerful Decepticons, rinse and repeat.

Both Transformer products are currently available for preorder on Renegade’s website.

Two From Uncork’d: It Came From Below And Royal Jelly Three For Free From Funimation