What if a haunted house could chase you down and force you into it’s insidious interior? The frightening answers come hard and heavy in The Toybox. This unique new horror movie from director, Tom Nagel and writer Jeff Denton explores new horror territory while taking the viewer hostage for a bloody ride inside the RV from hell. 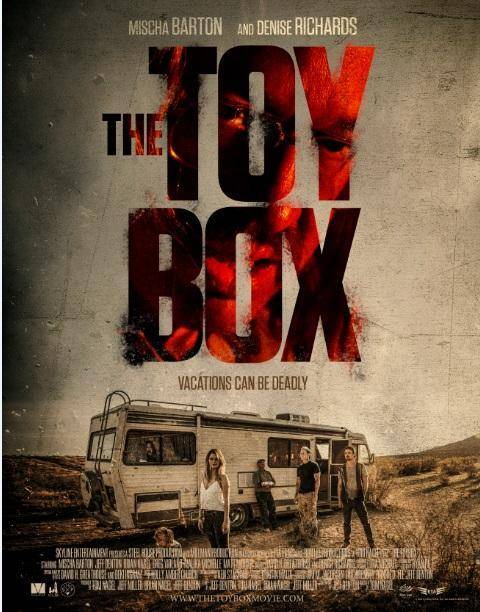 It’s been a while since horror fans have gotten a good haunted vehicle story. In the 1980s the likes of Christine, Maximum Overdrive and Death Ship hit the silver screen to add a sense of dread to our modes of transportation, but can an apartment on wheels really be scary? That’s what Nagel and Denton intend to prove to us with The Toybox. 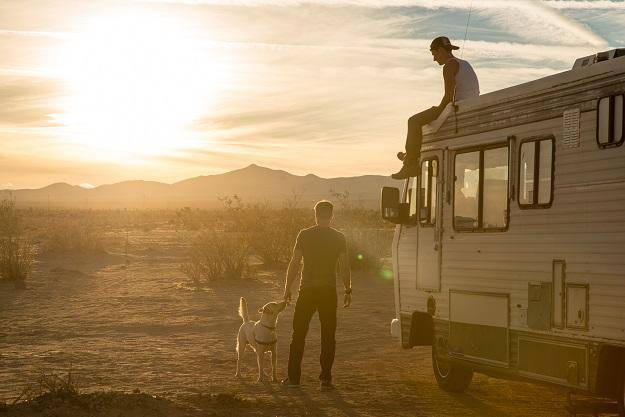 Plot: An estranged family take a trip to the desert in their used RV but become stranded and isolated in the scorching terrain. They soon learn their RV holds terrible, haunting secrets, and it starts killing them off one by one.

You know those creepy 70s vans your mother always told you to stay away from? The RV in The Toybox is the very personification of that maternal fear, except that mama never imagined it would be possessed by the spirit of the homicidal pervert who called it home and intends to make it your final resting place. The thing is though, like most inanimate objects, it can only hurt you if you let it. 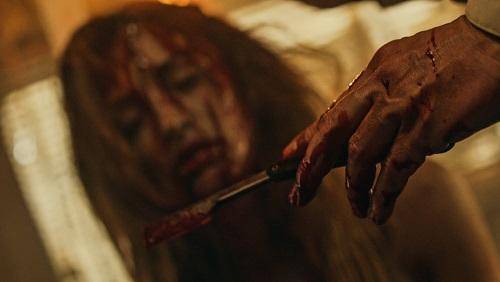 There’s plenty of bloody serial killer imagery sprinkled throughout the film, so gore hounds will get there fix. The problem is that the suspense side of the film is often lost on easily preventable and telegraphed kills performed by the four-wheeled rustbucket. In several instances, the victims would have easily avoided their fate through basic human survival instinct. For example, when a giant motor home lurches at one character, he just continues to stand there instead of stepping to the side as one instinctively would. 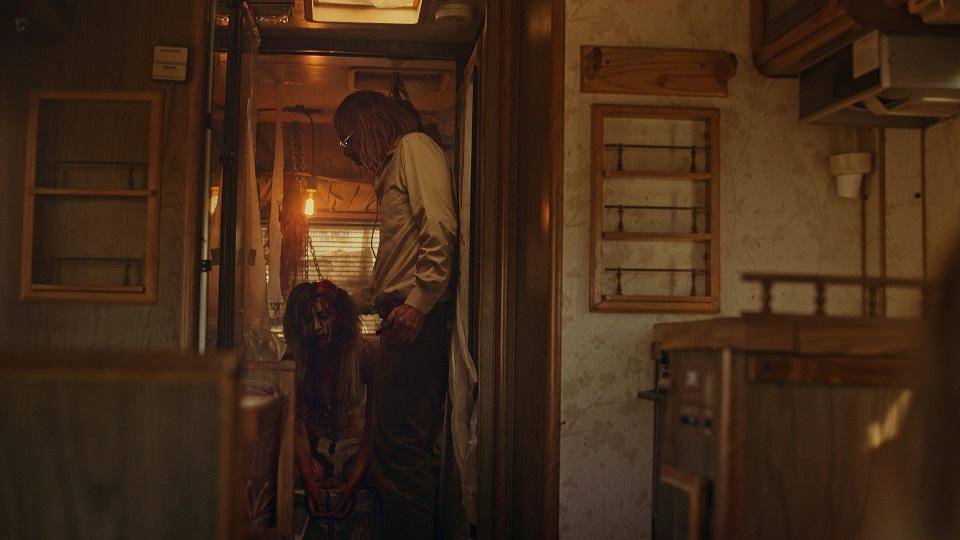 That’s not to say the film isn’t sufficiently creepy, just unclear as to its own rules, which can take the viewer out of the film by forcing us to question the logic. Horror fans know that Freddy Krueger can only kill you while you sleep, so his future victims try to prevent their eyelids from drooping. In The Toybox however the filmmakers can’t decide if their killer, played for maximum effect by David Greathouse, is a supernatural demon who can materialize and strangle his hostages to death or a sentient RV with cruel intentions. 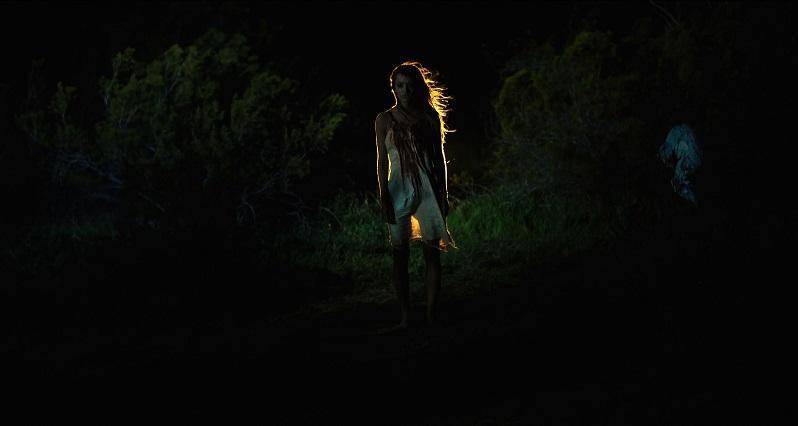 This would be an important distinction to make, so that those of us watching could have some hope for the victims in figuring out how to fight back against the wicked Winnebago. Based on what we are given, it’s a seemingly hopeless situation which removes all tension, instead relying on a few jump scares by mutilated ghosts such as the former victim played by Katie Keene to get our pulse racing. 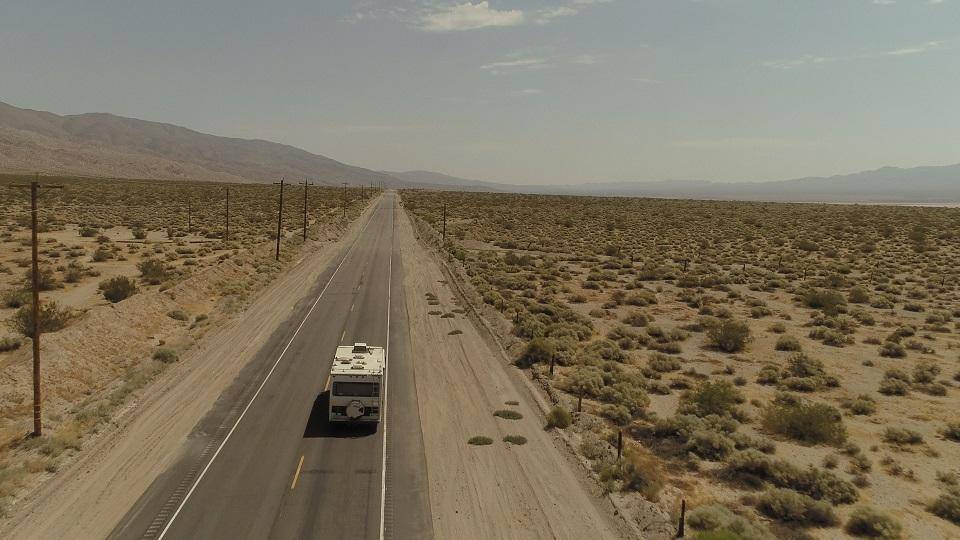 Despite these weaknesses, Nagel has created a beautiful film. Expert lighting schemes create the perfect atmosphere for unsettling scenes of horror and the few moments of rest experienced by our protagonists, resulting in a slick production that makes even bloody torture look artistic. With multiple crane shots and eery sound design, this is not your average indie horror production, as the cast list can also attest to. 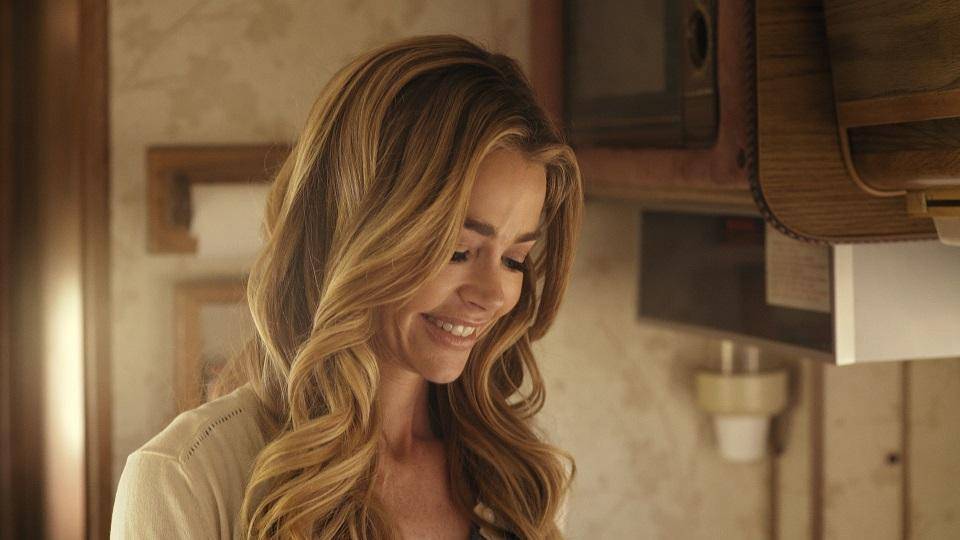 Denise Richards hit Hollywood in a big way starting in the 1990s going from alien bug extermination in Starship Troopers to the scandalous Wild Things and even playing an unfortunately named female scientist in Pierce Brosnan’s penultimate outing as James Bond. Having now matured into the role of a mother on an ill-fated family road trip, I was curious what this role had to offer her. 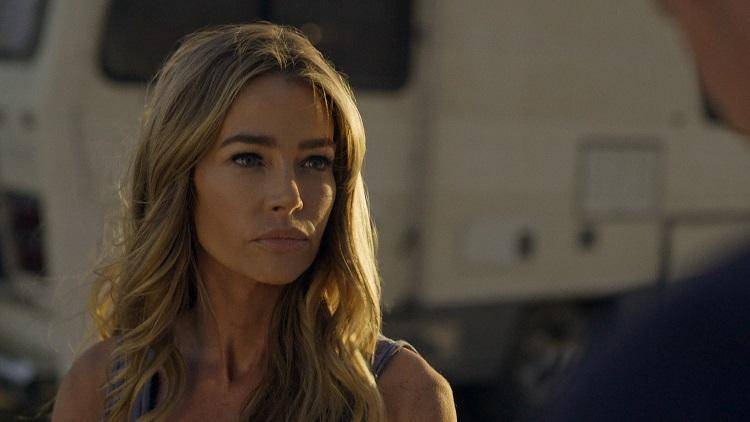 Richards actually has a lot to work with in the role of Jennifer as she goes from happy homemaker, to family peacemaker and ultimately grieving mother and haunting victim. Her journey through these stages of realization during their plight is quite convincing. Even if Richards’ character is not the core of the film, her reactions to the terror unfolding bring some emotion to the proceedings that helps to keep the audience invested. 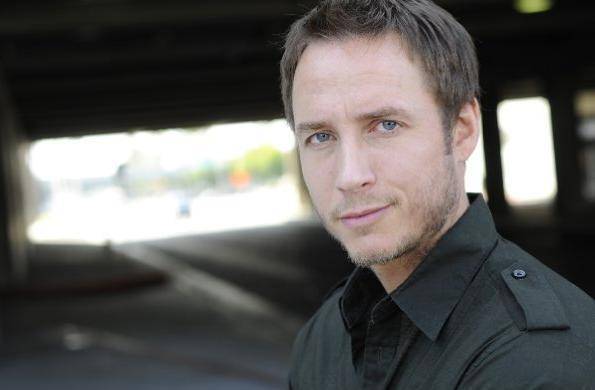 There is quite a bit of family drama worked into the script by Denton, who also takes an on-camera role as Steve, the husband to Denise Richards’, Jennifer character. I wasn’t a fan of Denton’s work in last year’s Inoperable with Danielle Harris, but here he plays the part of the good son just fine. 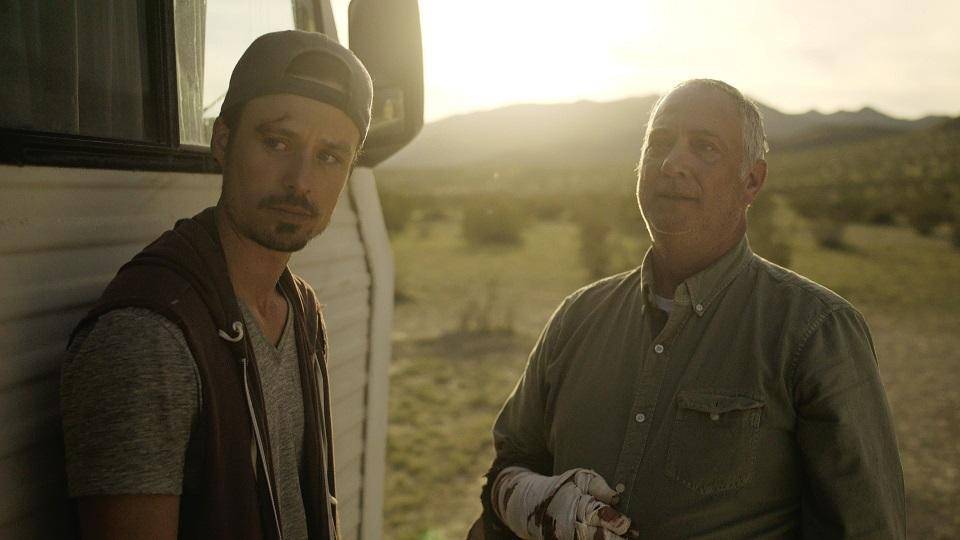 Steve’s story revolves mainly around disappointment in his slacker brother, Jay played smugly by Brian Nagel and trying to make best out of this fateful family unity trip concocted by their father, Charles played by Greg Violand. Two tragic deaths in the middle of the film weigh heavily on Steve as he approaches the film’s climax. 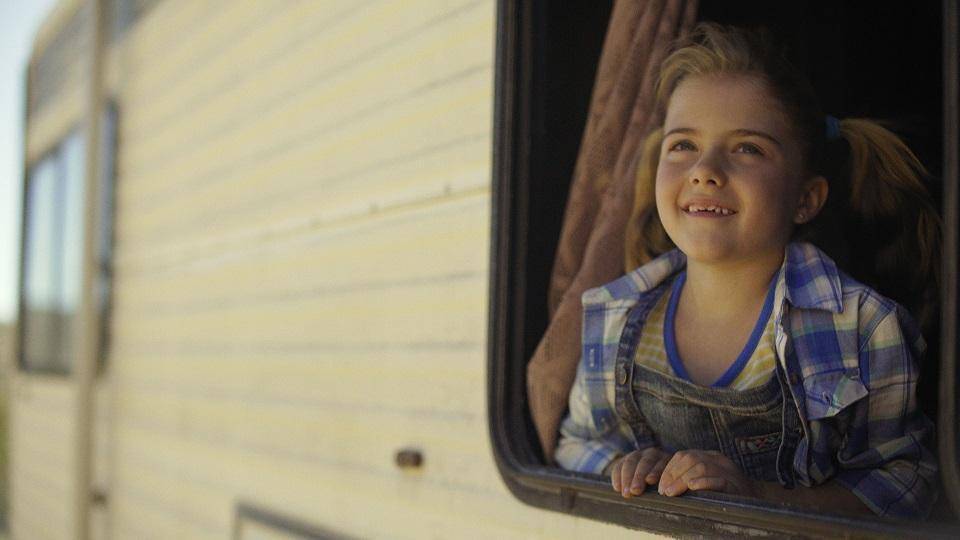 Both a source of sweetness and peril is the young Malika Michelle as Olivia. Playing the daughter of Jennifer and Steve, she is blissfully unaware of the ominous dread that is creeping in all around the family and that she is just as much a target as the adults who are being picked off at the whim of the killer recreational vehicle. 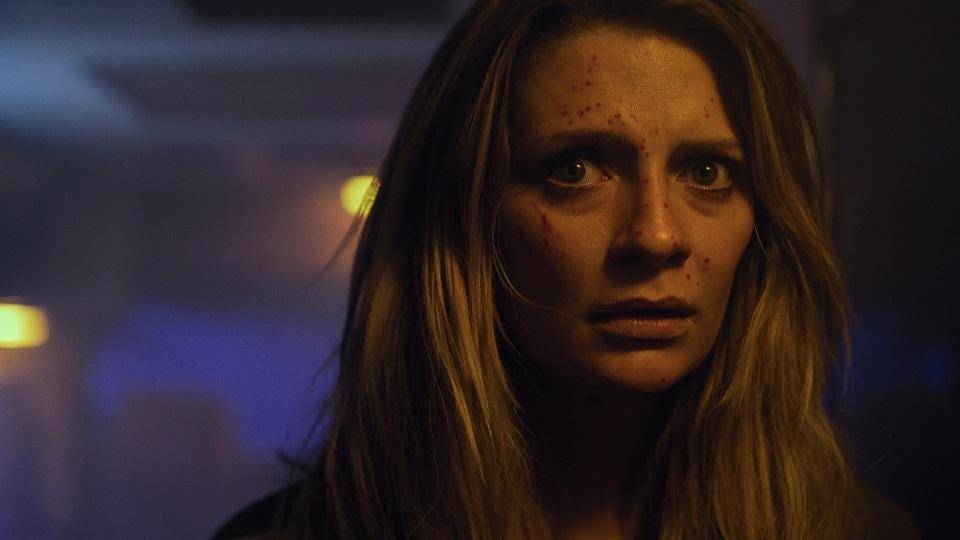 Also along for the ride is Mischa Barton, who I recently reviewed in another horror production, The Basement. Luckily Barton’s role in The Toybox allows her acting chops to shine through more brightly than the previous outing as she plays a pivotal role in taking on the tormentor. 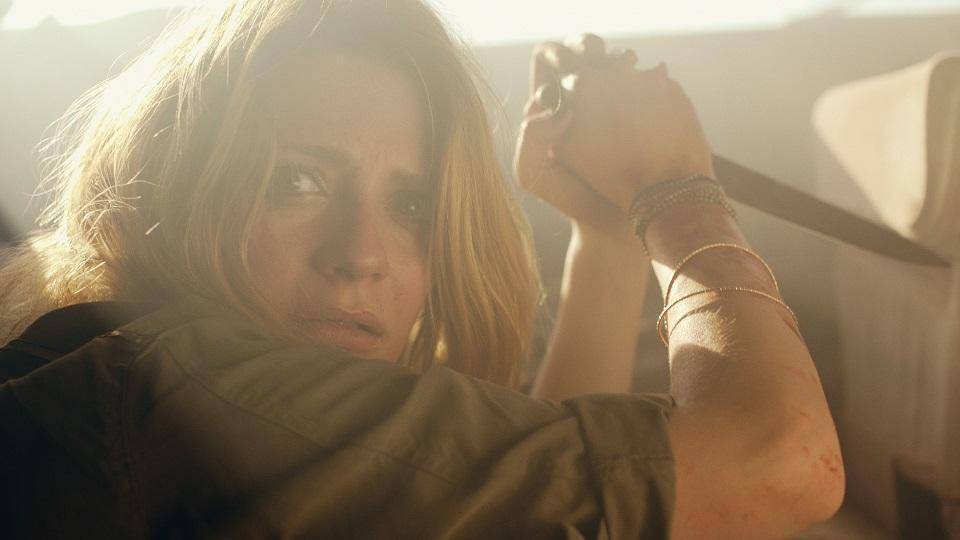 So is The Toybox worth playing with? It’s got decent performances by the cast and some well shot horror action scenes to get you through the run time, but ultimately feels like it amounts to nothing. A bleak ending that teases a sequel doesn’t make me want to come back for more, yet I can’t say it was an unbearable watch either.

It’s the best looking indie horror film I’ve seen in a while, I’ll give it that and if you don’t require too much logic from your fright flicks you may enjoy the thrills of The Toybox.

The Toybox is available for digital download or Blu-Ray purchase on September 18th and opens in limited theatrical release the weekend of September 14th.

The Toy Box Drives Into Town This September