On April 20, 1989, Nintendo’s Game Boy launched in Japan. it would grow to become the world’s most popular portable video game system and a staple of every 1990s rear car seat. Through Pocket, Color and Advance revisions, the handheld remained popular until finally being killed off by Nintendo themselves, replaced by the DS.

It may be hard for anyone who grew up with a smartphone to comprehend, but back when the Game Boy was a new product, it was the most amazing machine in the world. A portable video game system?? That kind of thing just sounded impossible, and yet here it was. True, there was also the Game Gear and the Lynx, but those overpriced things were typically owned by posers with rich parents who thought they could buy their way into popularity. (No offense meant if you were a poser with rich parents.) It was simply about the games, and Tetris was infinitely better than “Columns.”

We could write our own lengthy anniversary post, but it’s Easter weekend and it’s too nice outside, so instead we’re gonna leech off the anniversary posts of others. Polygon put forth a pair of excellent retrospectives…..one about Game Boy’s history:
https://www.polygon.com/2019/4/19/18295061/game-boy-history-timeline-tetris-pokemon-nintendo

Kotaku decided to do nothing; its cousin Gizmodo decided to whine about the lack of a Game Boy Classic.
https://www.gizmodo.com/when-will-we-get-the-game-boy-classic-edition 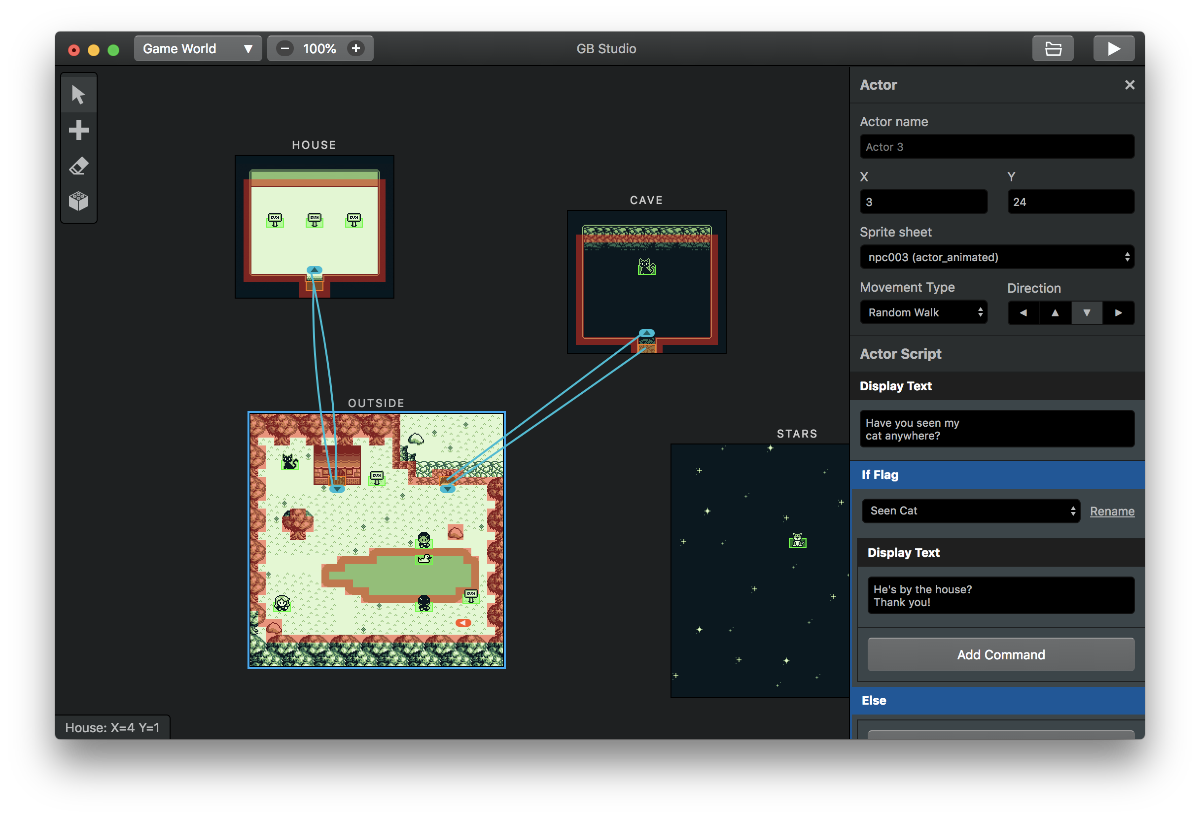 To top things off….why not make your own Game Boy game? Programmer Chris Maltby took the occasion of the Game Boy’s birthday to launch GB Studio, a plug-and-play Game Boy game designer that allows anyone to create sprites, piece together maps, put in scripted events and publish their game as an honest .gb file, capable of functioning in a real Game Boy (with an Everdrive in it). Currently, game interaction is strictly limited to walking up to people and talking to them, but the software is one day old, and additional functions will be added in the future. It’s free and open source, so perhaps you can add those improvements yourself.

Happy third decade, Game Boy. We salute you, and your miraculous existence that saved us from a childhood of having to wrestle with cheap crappy Tiger Electronics games.