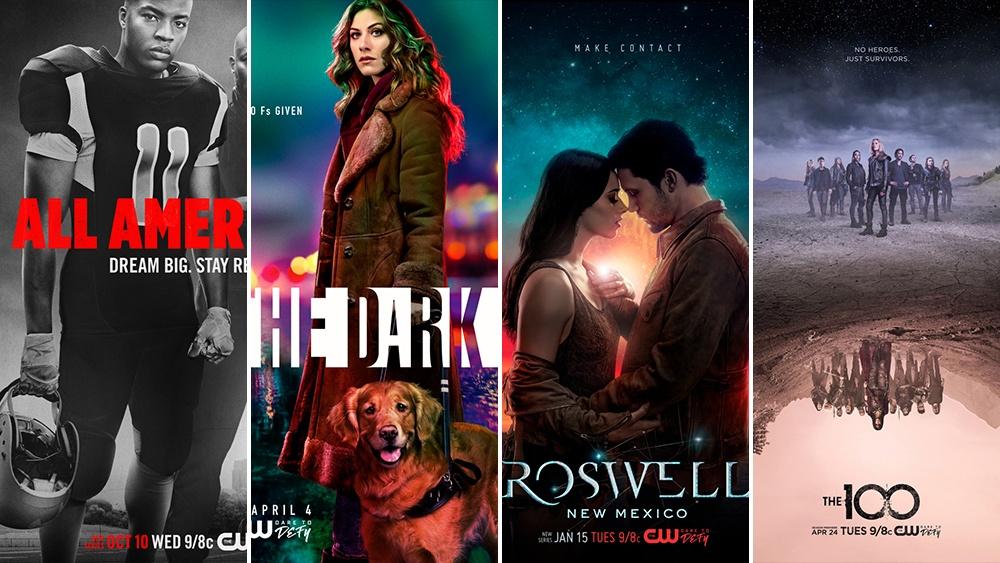 The CW already confirmed months ago that all their superhero shows were coming back for at least one more season. They already greenlit one more season of Supernatural, Charmed, Dynasty (apparently it does better overseas as a Netflix Original) and Riverdale. And they’re already looking at pilots for new shows they can premiere to fill the gaps.

Well, there’s a problem then…..there are no gaps. The CW just renewed everything ELSE, and we mean EVERYTHING else.

The 100, which has yet to premiere its sixth season, was just handed a seventh. All-American, the buzz-lacking series everyone figured would get the axe, has been given a stay of execution. Roswell? Sure, why not. In The Dark, which I personally like yet ranks near the bottom of CW’s ratings pool, will have a Season 2, and I’ll be the only one watching.

The only shows leaving The CW are those that chose to leave voluntarily. Crazy Ex-Girlfriend decided to hang it up at four seasons, iZombie will launch its final season starting next week, and Jane the Virgin is in the process of winding down. The network is eyeing “Jane The Novela,” a spinoff set within one of Jane’s novels, as a possible pickup for next season.

But where would they put the darn thing? Arrow’s next season will be its last and wrap up around December, but odds are pretty good The CW will put a Batwoman series in its timeslot forthwith. Supernatural’s upcoming season will be its last, but it will be a full season. Pilots in contention revolve around pre-packaged properties like The Lost Boys, Nancy Drew and Katy Keene (a Riverdale spinoff). Don’t be surprised if The CW buys them all, and then has no place to put them.

At this point, the producers of No Tomorrow and Life Sentence have to wonder just how poorly they actually performed to be cancelled by The Friggin’ CW.

Boy, Does Village Roadshow Have Plans For Myst

Luke Cage Coming Back For A Second Season

The Alpha Test Coming To Homes This March