A 10% discount will apply at launch, bringing the price from $39.99 to $35.99 for one week. In Europe and Oceania territories, the discount is available to PlayStation Plus members.

Grounding Inc. has also announced a collaboration with the legendary Hatsune Miku. The idols of the past and future will meet in additional downloadable game content, where players can dance with both Ulala and Hatsune Miku. More details to follow at a later date. 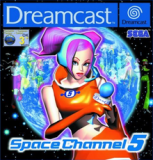 Space Channel 5 first released in 1999 on the Dreamcast. The brainchild of Tetsuya Mizuguchi (Rez, Lumines, Tetris Effect), the game was developed by United Game Artists and published by parent company SEGA. It was later ported to PlayStation 2 and Game Boy Advance. 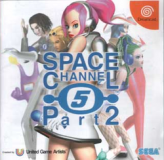 The sequel, Space Channel 5: Part 2, released in 2002 for Dreamcast and PlayStation 2. It was the last game produced by Tetsuya Mizuguchi prior to his departure from SEGA. The game featured an unprecedented appearance by Michael Jackson as Space Michael, who was also voiced by the pop singer.

Space Channel 5 VR: Kinda Funky News Flash! is the first standalone game from Sega’s music and dance-themed masterpiece franchise to be released in 17 years, which also celebrated its 20 year anniversary on December 16, 2019. Members of the original development team have returned to usher Space Channel 5 into a new decade.

The English voice cast includes Cherami Leigh taking over the lead role as Ulala, and Tom Clarke-Hill returning to reprise his role as Jaguar. Other cast members include Cassandra Lee Morris as newcomer Kell and Greg Chun as the being terrorizing the galaxy, Glitter.

View the launch trailer below: