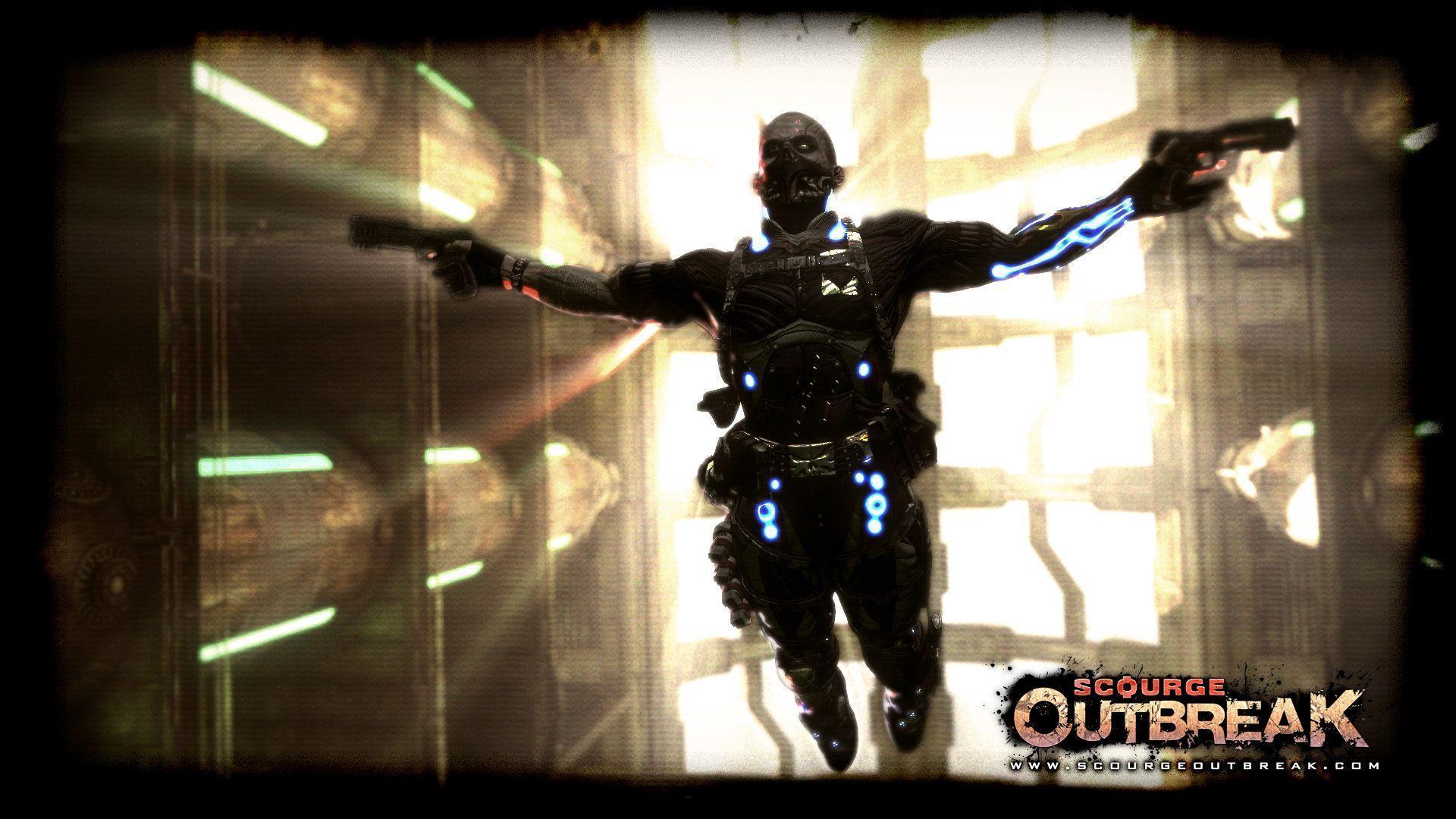 A dossier trailer and new wallpaper have been released to highlight a character featured in Scourge: Outbreak. In this futuristic third-person shooter we’re introduced to the Echo Squad, a group of mercenaries hired by the Tarn Initiative to take on the Nogari corporation. This particular pre-release game update focuses on Ramiro “Shade” Cortez, a Argentinian hitman. The man with the mysterious past joins the Echo Squad with the intent of taking down the Nogari, who are rumored to be holding his kidnapped sister.

Key Features from Scourge: Outbreak include:

Scourge: Outbreak will be available on Xbox Live Wednesday, July 3 for 800 Microsoft Points. For more information on Scourge: Outbreak please visit the official site at scourgeoutbreak.com.