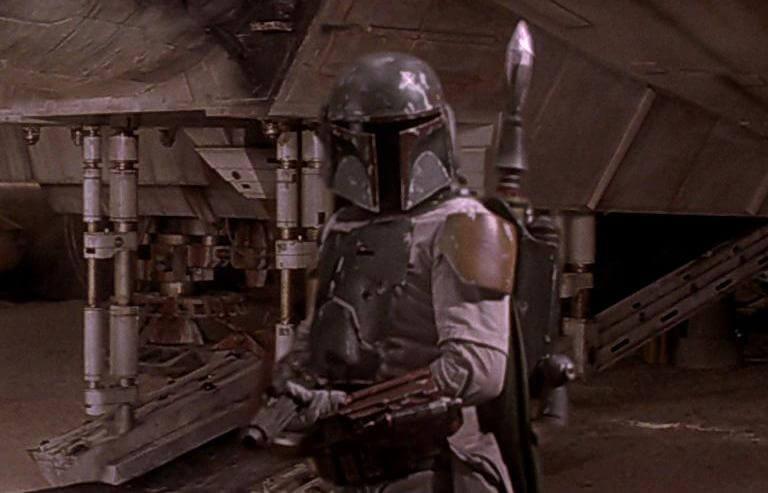 At Star Wars Celebration 2015, director Josh Trank was expected to be in attendance to discuss his upcoming work on one of the next planned standalone, spin-off Star Wars films. Lucasfilm announced that these will be called Star Wars Anthology films, the first of which will be Star Wars: Rogue One. That film is being directed by Gareth Edwards and is set for a December 2016 release date. Then, Josh Trank was mysteriously not at Celebration. It was a bad omen because a short time later, it was announced that he had parted ways with Lucasfilm on the project and would no longer serve as director. There were reports that he was let go by Lucasfilm due to “erratic” behavior on the set of his upcoming Fantastic Four film. In short, details on the next anthology film for Star Wars were left aside; that is until now. According to a report by The Wrap, the second Star Wars Anthology feature will be the origin story of everyone’s favorite bounty hunter, the one and only Boba Fett.

There have been rumors online in the past few months suggesting that one of the new spin-off films could be a Boba Fett-centric movie. The new report says the news is “confirmed,” but take it for what it’s worth. A Walt Disney Studios representative opted not to comment on the news.

The Star Wars Prequel Trilogy expanded Boba Fett’s backstory as a cloned son of the Mandalorian bounty hunter Jango Fett. Fett later became a bounty hunter himself and helped Darth Vader capture Han Solo in Star Wars: Episode V – The Empire Strikes Back. After Han Solo was frozen in carbonite, he took his prize back to Jabba the Hutt to collect the bounty on Solo’s head. Of course, Boba Fett met his infamous end in Return of the Jedi after he was inadvertently knocked into the Sarlacc Pit by Han Solo. That is unless Lucasfilm allows a writer to concoct a story where Boba Fett escapes his grim fate somewhere down the line.

For years, Fett has been a huge favorite among fans for his unique, armored look and enigmatic presence. Boba Fett became a significant fixture throughout the Star Wars Expanded Universe novels along with comics and video games. Some fans were disappointed with how his backstory was ultimately presented in  Star Wars: Episode II – Attack of the Clones. Considering that was his actual origin, I assume The Wrap’s story referring to Boba Fett’s “origin” means his time as a bounty hunter, and the report says the new film will explore the realm of bounty hunters in the Star Wars Universe.

Simon Kinberg is currently attached to the project as writer-producer. The new film is slated for a 2018 release. Lucasfilm will need to search for a new director before production gets underway.