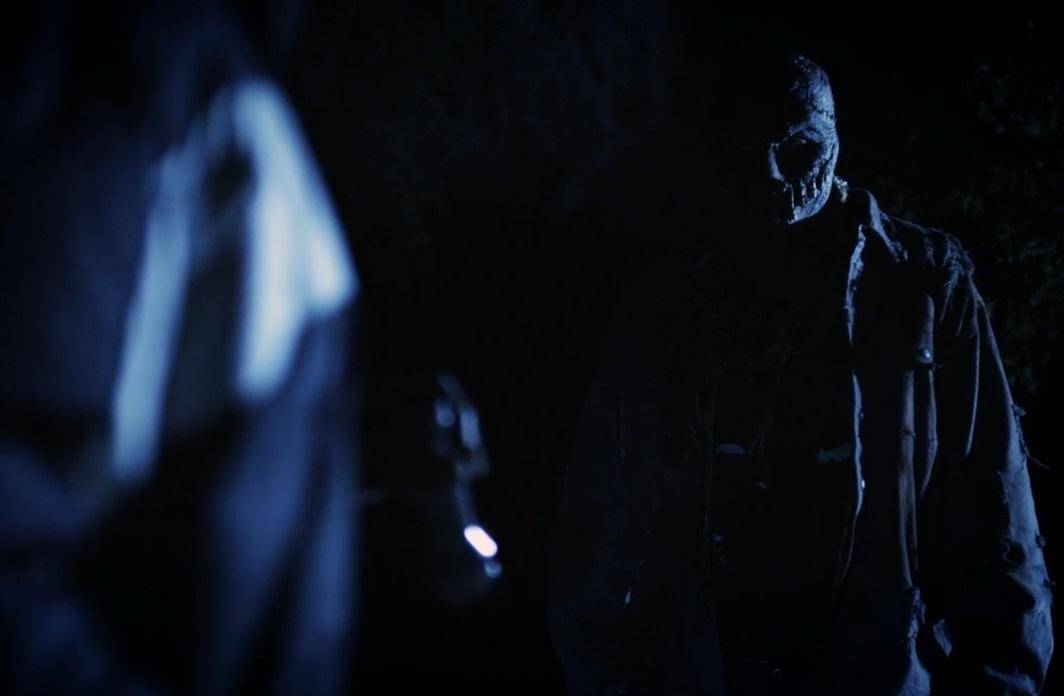 The clock is ticking down to frightful fun in Minutes To Midnight, the gruesome new horror film from director, Chris Ray. A charismatic cast of soon to be corpses and some startlingly lethal killers will have you toasting to violence as the bell tolls and credits roll.

Starting with the glut of slasher films in the 80’s, the killer bent on mutilating not so innocent victims had to have more than a sharp instrument capable of impaling their prey. Jason Voorhees donned his iconic hockey mask in 3-D, Freddy Krueger started his sadistic stand-up set by welcoming someone to prime time and Michael Meyers played the silent psycho to the hilt.

Though the story lovingly plays on familiar tropes, Minutes To Midnight still manages to forge it’s own identity for a trio of killers stalking visitors to a quiet mountain town with a dark past.

Here’s a snapshot of the plot: What happens when a night of fun turns into a night of horror? Seven friends and a mysterious backpacker converge at a desolate ski lodge in the mountains and as the clock begins the countdown to the New Year, they discover that the end of the old year may be the end of all their years as they are systematically hunted down by ruthless masked men with a deadly agenda.

And what a group of maniacs they have assembled. It doesn’t take long at all before a loving couple’s engagement is interrupted by a behemoth with a ghoulish head covering swinging an axe and we are off to the races. I have to credit the screenwriters in that while this could have simply been a throw-away kill to establish the brutality of the villains, it actually plays a vital role in the story’s conclusion. 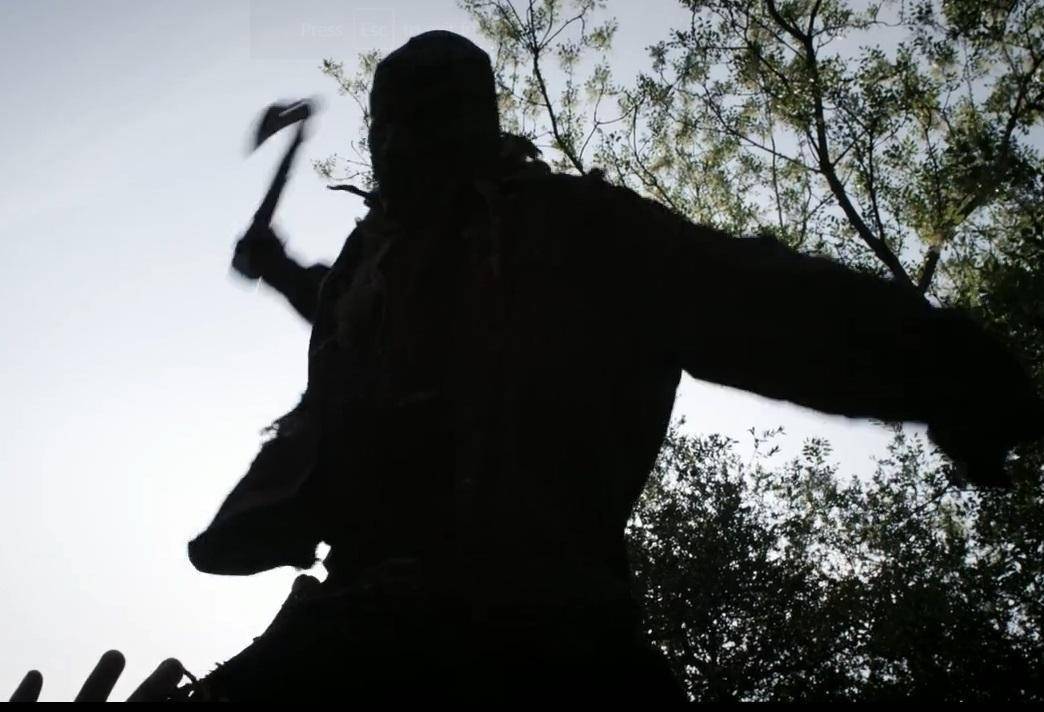 I’ll admit that seeing these first few murders taking place in the daylight hours was a bit of a disappointment, but that’s more on me in that I prefer to be disturbed by things that go bump in the night as opposed to scares in the sunshine. What doesn’t disappoint however are the performances by the cast. Ray has a strong group of performers with great chemistry to carry the action between kills. 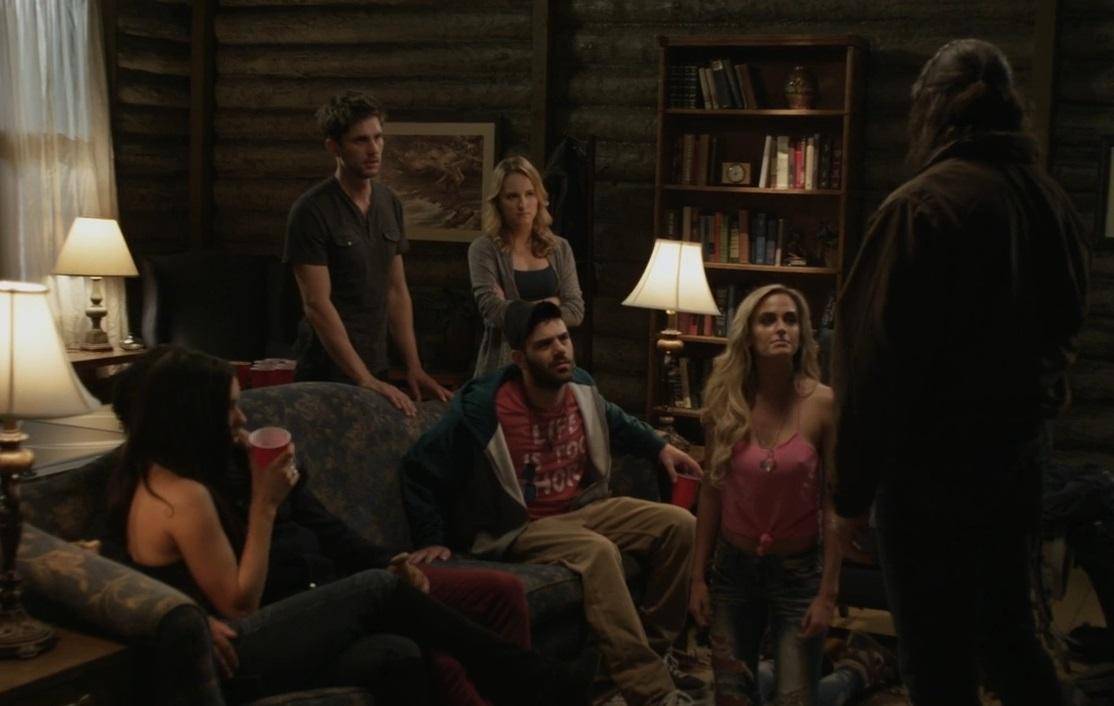 Yes, there is a former cast member of 21 Jump Street, a horror mainstay and a Baldwin brother in the mix to get your attention on the poster, but the real stars of the film are the New Years Eve partyers who all have basic, but relatable motivations beyond attempting to survive the massacre to come. All the archetypes are there, but the gang never seems like a bunch of actors pretending to be friends.

In the role of traditional End Girl we have Sara Fletcher as Sophia, the one with the keys to the cabin where the conveniently friendly group of co-workers decides to get wasted as the ball drops in NYC. Conflicted over taking advantage of her boss’ confidence and frazzled by the sudden re-emergence of her ex-boyfriend, Michael (Bryce Draper), who has been ignoring her for months, Fletcher is endearing as the conflicted moral center of the group and her resemblance to a young Lea Thompson doesn’t hurt either.

Jared Cohen as the drunken goofball, Richie, who is downing “liquid courage” in order to score with resident sexual opportunist, Tiffani as played by Jena Sims inhabits his role annoyingly well. Cohen seems to have done a sociological study of that one drunk friend who always makes a spectacle of themselves to compensate for the fact that they have no game with the opposite sex. Everybody knows and has been embarrassed by association with that guy, but he is still a lovable goofball in the end. Enough about the cast list, it’s time to get down with the gore.

Bill Moseley as Gimple gives an expectedly twisted performance as a homicidal artist that prefers to work in medium of vivid red. The body parts hanging from meat hooks in his blood-splattered art studio are an obvious homage to the actor’s connection to the world of The Texas Chainsaw Massacre, but it’s the manic glee with which he shows off to his bound and gagged observer that will send tingles down your spine.

The towering terror known as Angus played by pro-wrestler, Aaron Aguilera is the real stand-out of the psychotic sibling trio. His mask is beautifully constructed for maximum intimidation and his arsenal of weapons crafted from the bones of his victims will make your palms sweat before their even put to use. His take on the ol’ ball and chain is once of the most brutally awesome moments you’ll see this year in horror. Aguilera’s sheer physicality in one scene, tearing up a room in an unprovoked rage is unsettling, it’s like his victim is caught in a port-a-potty with rhino. 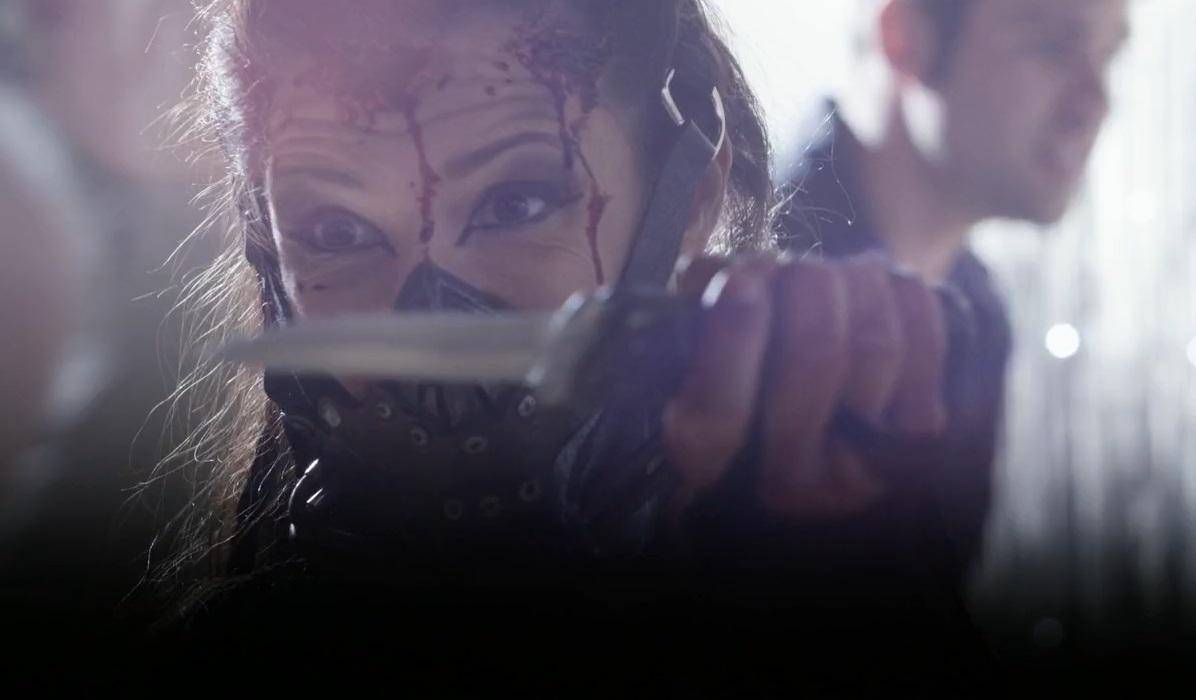 Though most of the kills are inflicted upon familiar characters, there is one random Charles Manson style massacre at a New Years Eve party that gives the little sister a chance to shine. Played by Mercy Malick, Calypso looks like a refugee from a later installment in the Mortal Kombat video game series, but her icy stare is much more menacing than Sub-Zero. 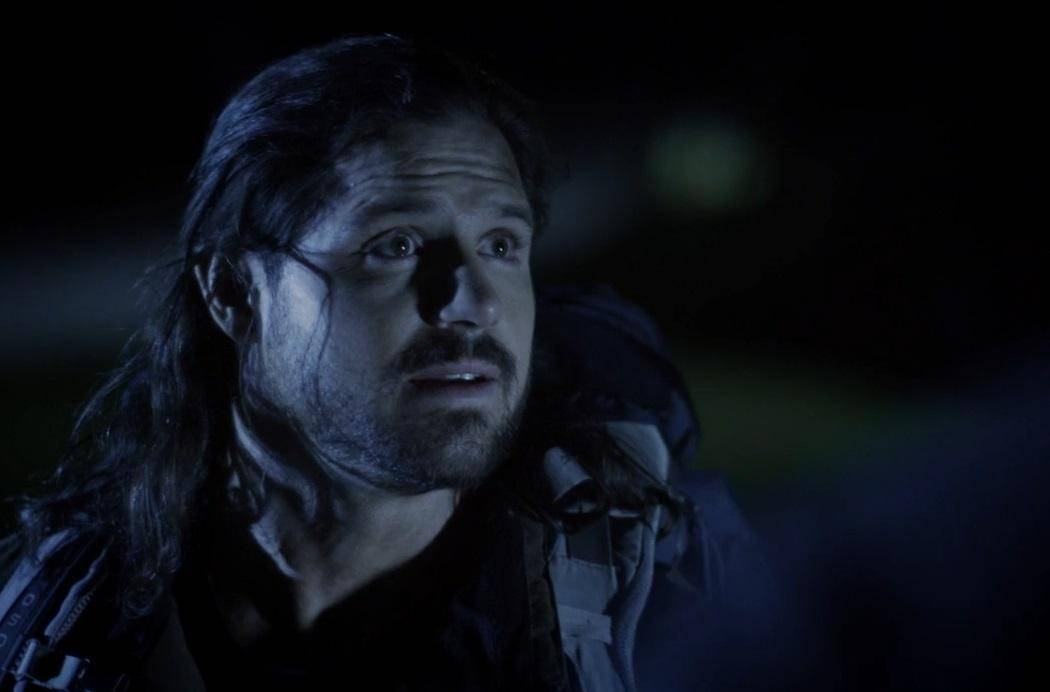 There’s also more than one wrestling superstar in this film’s cast. Playing the backpacking wanderer, Travis is John Hennigan aka Johnny Mundo of Lucha Underground aka John Morrison in the WWE who forces his way onto the scene in search of his brother who went missing with his girlfriend 10 days earlier. Yes, that was the couple in the opening sequence (see, I told you it comes back around). 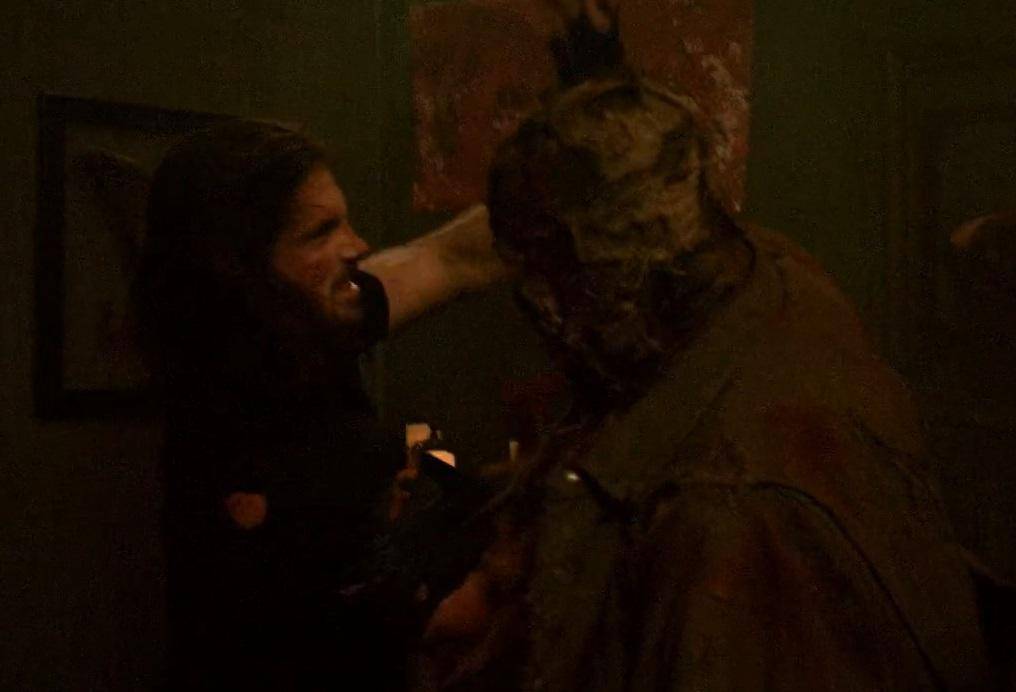 Hennigan is the knight in shining armor who tries to warn the partyers about the danger they’re in, but also has what it takes to go one on one with the murderers. The fight scenes between Travis and Angus are genuinely exciting and well choreographed, a true highlight of the film. Whenever Hennigan shows up on screen, you know it’s about to get crazy. Speaking of crazy, when people bleed in this movie, boy do they bleed. 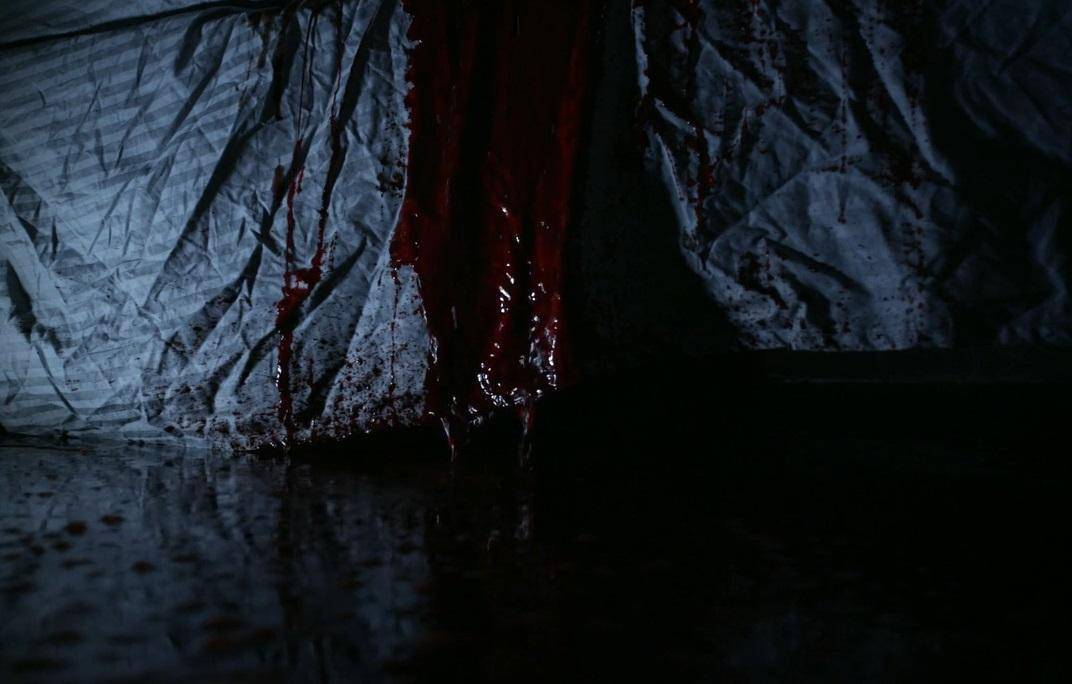 It’s like a fireman taking an axe to the wet-vac hose at a slaughterhouse. It’s not Dead Alive levels of liquid, but the spurts and splashes feel just slightly over the top to give the viewer a fiendish little thrill. The same can be said for the nudity in this film, completely gratuitous. Though confined to two brief scenes, the camera is just centimeters away from revealing everything top to bottom on 2 of the actresses, which I was not expecting. 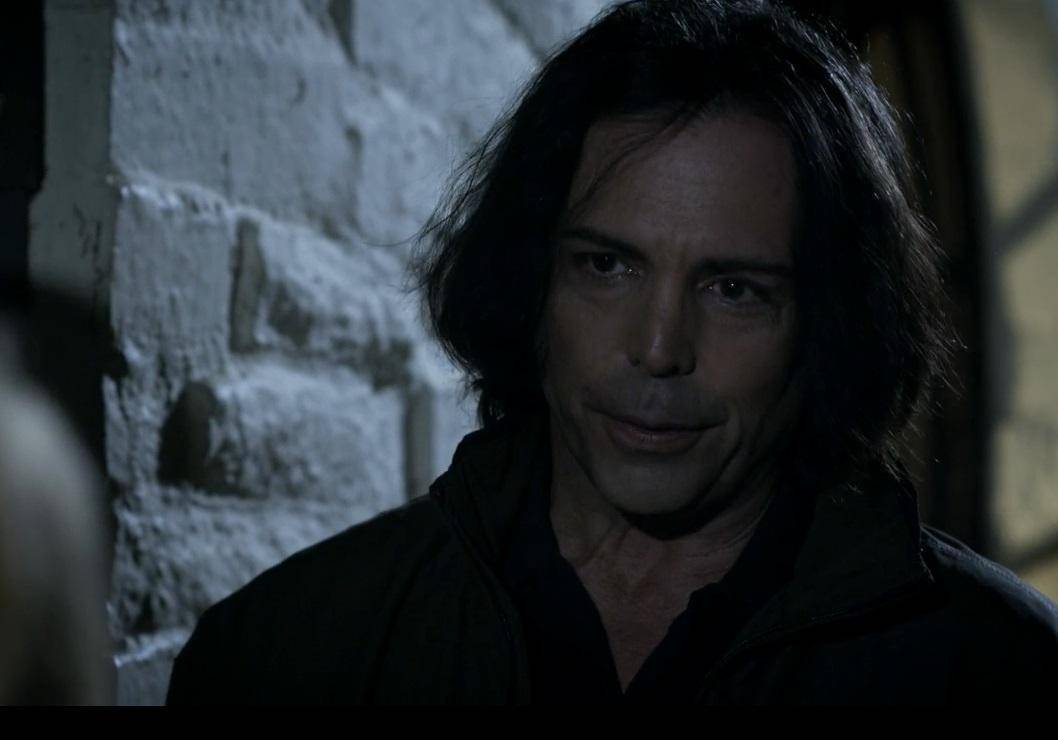 I’ve made it this far without mentioning Richard Grieco, which shows that I have more self-control than the Butabi brothers from A Night At The Roxbury. In his role as the Sheriff he is just fine, attempting to convey some regret as to actions in his youth that have a murky connection to the killings. Grieco’s connection to William Baldwin as the mysterious, Mr. Walters serves more as a means of exposition for the film’s climax, though Baldwin does have a sinister turn in the finale which adds an inventive twist while he utters the film’s title. 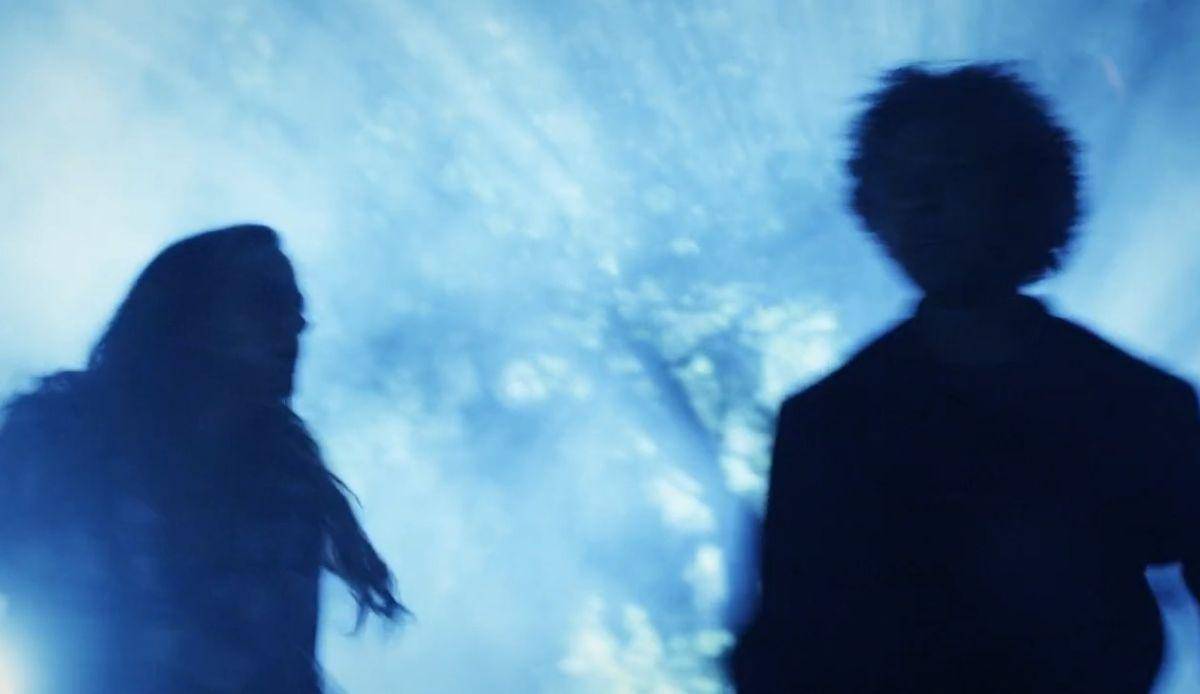 If the film has one failing it comes down to the seemingly supernatural appearance of smoke and light for dramatic purposes. Multiple characters mention the dangerous storm that is raging outside, which I believe is the justification for the heavy fog machine use and blatant lighting design in the nighttime scenes. 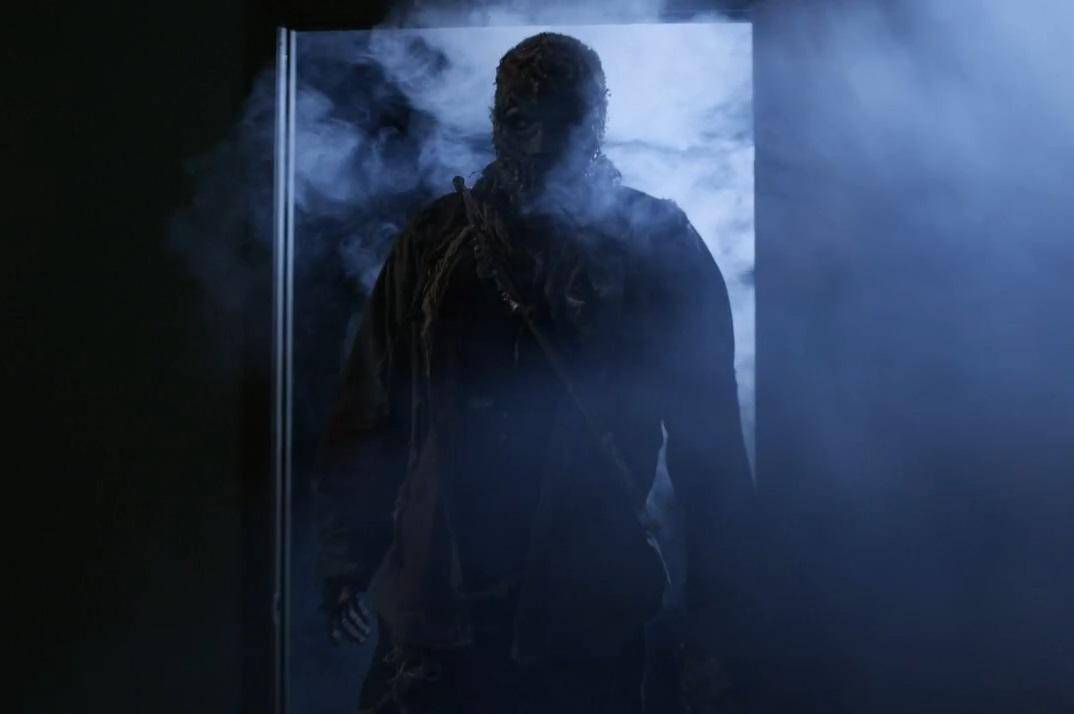 The problem is that we never hear or see any sign of a storm like rain, wind or lightning until the killers are ready to make a sinister entrance. But that’s just a nitpick, as these over the top set-ups only add to the excitement. 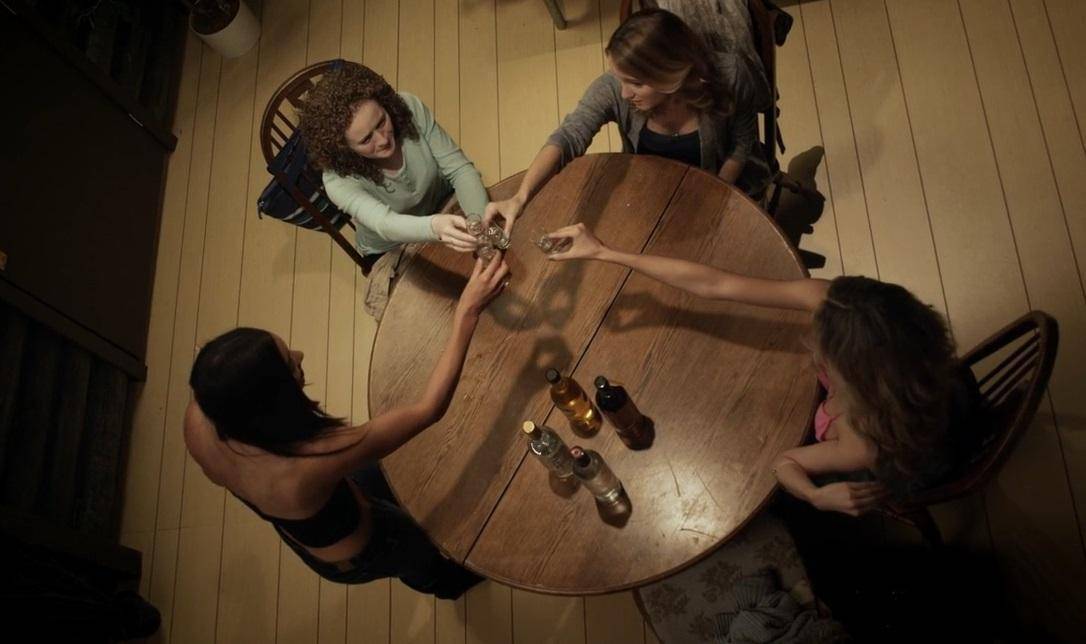 Minutes To Midnight is the definition of a fun horror film. Cool kills attached to a coherent plot with entertaining actors on screen will make you want to stay hitched to this terror train for the entire run time.

Genre film fans will likely spot the director’s paternal connection to a prolific shlock filmmaker, but this is definitely an homage to the classics of the genre in the modern style. Minutes To Midnight is a film to seek out this year for a good scare. Cheers to a job well done.

You can find Minutes To Midnight on VOD this July 7th from Uncork’d Entertainment.

Inoperable Is A Maze of Time Travel Hospital Horror – Movie...