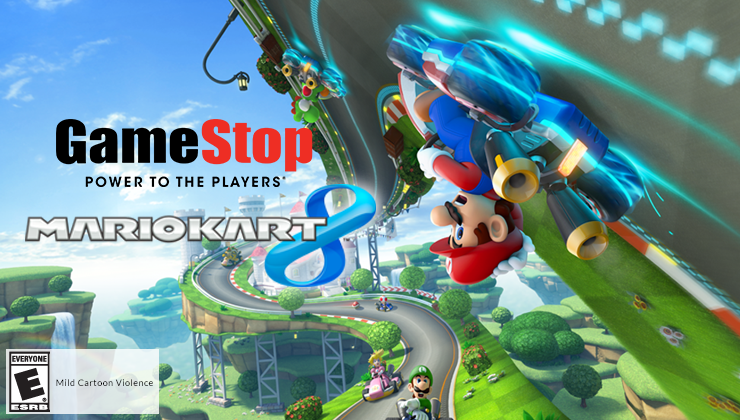 Interested in test driving the new Mario Kart 8? Gamers in the United States will have an opportunity to try the new wheels this weekend, ahead of Mario Kart 8’s May 30 release date.

More than 2,700 GameStop stores around the U.S. will offer playable versions of the new game all around the U.S. from 12 to 4 P.M. local time during the weekend of May 17-18 as part of Nintendo’s “Mario Kart 8 Test Drive Days.”

During the event, people who have already preordered the game will be entitled to receive a double-sided Mario Kart poster.

Additionally, Nintendo is currently running a social media contest at mariokartmemories.com. Whereupon playerss can go on Twitter and hashtag #MarioKartMemories and #promo with their favorite memory of any game in the series to be entered for a chance to win a Mario Kart 8 Wii U Deluxe Set and a $100 GameStop gift card.

Mario kart 8 will be the first of its franchise to be released on Nintendo’s Wii U system, and the weekend test drive will allow players to test the game’s new anti-gravity racing features for the first time.  Additionally Nintendo will update their online multiplayer and allow up to 12 players to compete against one another and then record their performance using  the Mario Kart TV feature. Recordings can then be shared to both YouTube and the Miiverse so friends can observe your Mario Kart highlights.

For more information about the game, visit http://mariokart8.nintendo.com/.

Check out GameStop’s site to find participating stores in your area.