Modern day games tend to avoid being overly blunt wherever possible, with titles that do little to let you know what they are actually about. Kill the Bad Guy does not suffer from that problem. It tells you from the get go exactly what the game is and what you will be doing in it. You take on the role of a hitman of sorts who has been tasked with taking out various different villains. The only trick is that you cannot use traditional weapons but instead have to manipulate the environment in such a way that the bad guy is killed while going about his day to day business.

Although that might make this game sound very serious and menacing, Kill the Bad Guy is actually a rather fun and humorous that has an emphasis on puzzle solving rather than the intense action that might be associated with an assassin taking out his targets. Levels around the player having to use the various objects scattered throughout each location to bring about the death of the villain so that it looks like an accident rather than a targeted killing. 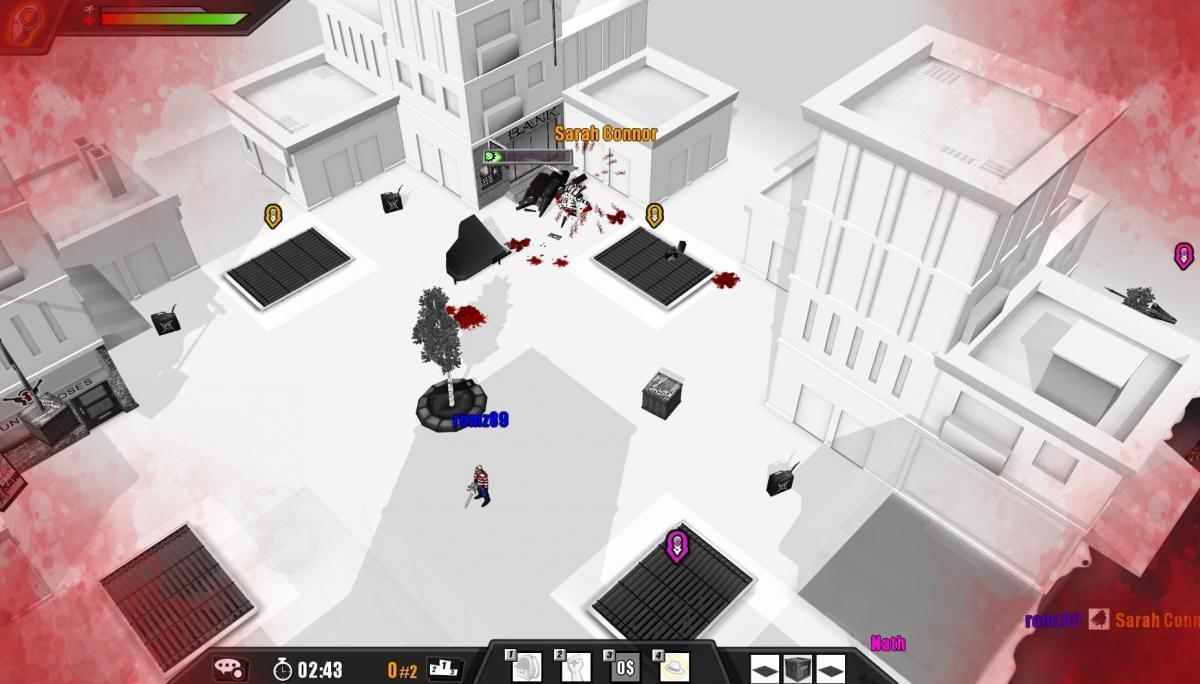 These levels account for the entire game, which is entirely singleplayer, spread across six chapters. This means that there are 60 missions to get through altogether, providing plenty of challenge across a couple of hours. They are made up of very small locations that only have a few items that can be interacted with each. The bad guys enter on one side of the map and will move around on a set route for a few moments before leaving, giving you the opportunity to plan out your trap. While there is a sort of time limit due to the fact that the target will remove themselves from the screen after a short while, this doesn’t cause too much of an issue as they follow the same routine every time. It effectively allows you to pause the action and experiment to discover the best way to taking them out.

As mentioned previously, just a few objects are able to be manipulated in each level. These are always given a dark shade to differentiate them from everything else and generally have rather simple interactions associated with them, allowing you to control them with the rather simple controls. Car alarms can be set off to frighten a suspect while barriers can be moved to force them onto a particular path you have set out for them.

Much of the puzzle solving comes from finding out which items need to be used on specific missions and avoiding being seen by the bad guy as you manipulate the world – otherwise they will become suspicious, flee, and cause you to fail your mission. As the game progresses, more obstacles are placed in your way in the form of additional pedestrians and police officers who can also spot your actions. There are also extra objects added to later missions that need to be combined to create more elaborate and complicated traps. 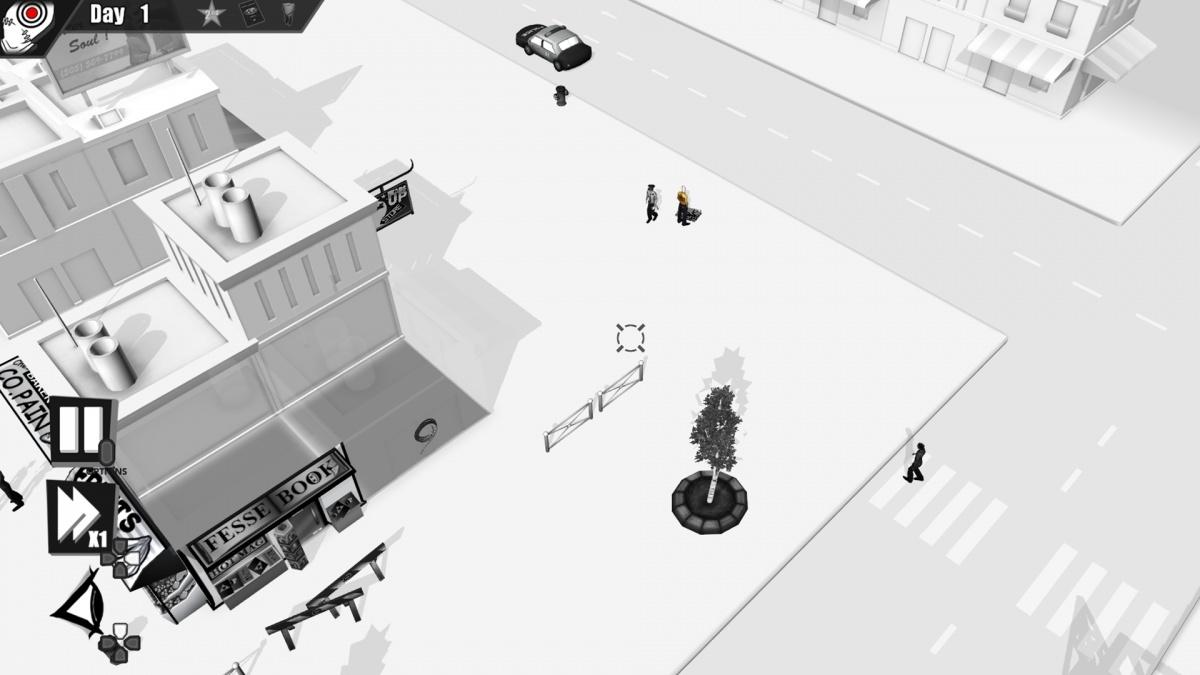 One of the best things about Kill the Bad Guy is the replayability factor. Most of the levels allow plenty of freedom for exactly how you want to assassinate the target, meaning you can come up with downright cartoonish schemes that involve multiple steps if you want to. There are also additional collectible items and a star rating system that is very similar to Angry Birds that will certainly keep you busy if you want to reach 100% completion. The short levels also help it in this regard, as it is easy to pick up and play for just a few minutes and run through a few missions at a time.

Unfortunately, there are only so many ways to kill people in this title and it can become awfully repetitive towards the end. While the exact circumstances leading up to the final moments of a target will differ, the last act will inevitably be one of few available to the player. It also suffers from never quite getting the difficulty right throughout the entire campaign, with most levels posing next to no real challenge. 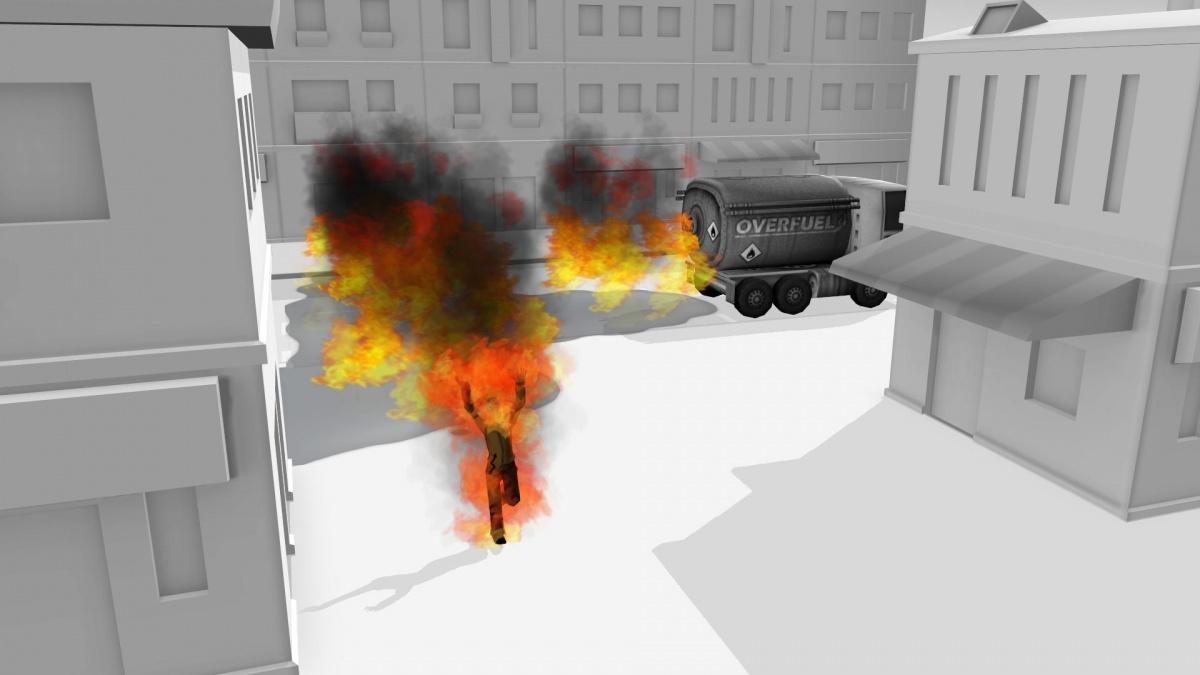 A further problem comes from the fact that this was originally a PC game and has been ported over to consoles. This is most obvious in the controls. While they are fairly basic and don’t pose too much of an issue, certain parts of the game are made unnecessarily tedious because they were originally designed with the precise and quick-moving mouse in mind rather than the more clunky Xbox One controller. In fact, even the PC versions sometimes can be difficult to control, perhaps indicating that Kill the Bad Guy might have been better suited to mobile and tablet devices.

Fortunately, these issues generally do not overshadow the quality on offer from the game. The creative thinking and fun to be had from planning your different murderous schemes are definitely enjoyable, while there is plenty of content for the relatively low entry price. However, it is hard to get past the thought that with a little more care and attention, Kill the Bad Guy could have been a much better game.

This review is based on a digital copy of the game that was provided by the publisher for review purposes. Kill the Bad Guy is currently available on the Xbox One for $6.99.