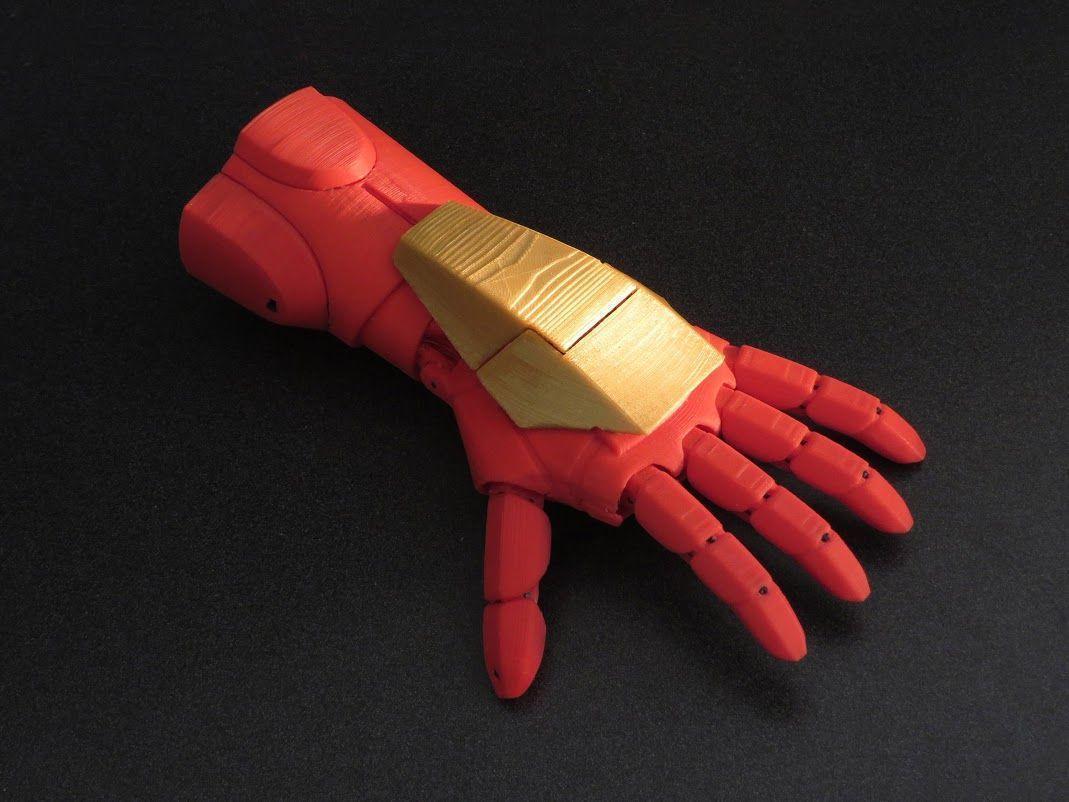 Sure, you could just get a boring old prosthetic hand. But why do that when you can have a hand that makes you look like Iron Man?

Inventor Pat Starace told 3dprint.com he wanted to create a hand that was both functional and could boost the self esteem of  the child that uses it.

“I had a vision that a 3D printed hand could be both functional and fun,” Starace tells us. “My main goal is to help a child that is going through life with a disability, and facing everyday challenges in their lives, by making them the COOLEST KID in their school. I can only think this will make a great impact on a child during their early years by raising their self-esteem to Super Hero Levels.”

Starace configured his hand model so it can be fitted with any type of tech you want to throw in it, including LEDS, smart watches, sensors and voice control. After designing his hand using the computer program Maya, it took Starace about 48 hours to print all the parts using a conventional 3D printer. He added electronics to create several superheroic features in the prototype, including lights to give laser effects and impressive thruster effect similar the Iron Man movies.

There are reasons beyond emulating the classic cool of Tony Stark to 3D print a prosthetic hand. Traditional prosthetic hands for kids can cost up to $50,000, putting them out of the price range of many parents. Hands like this one can be printed from designs found on the internet for about $50 in raw materials. Starace has joined the volunteer 3D printing organization e-Nable to help bring open-source 3D printed prosthetics to kids in need.