The Legend of Zelda Breath of the Wild is by and large one of the greatest games ever made. Its scale and scope is beyond what many games hope to be. The land of Hyrule has never been more fleshed out, more alive than it is here. This game literally has just about everything you could hope for in a grand adventure. And yes, that includes dragons, big ones even. Breath of the Wild has three dragons for you to go find, fight, and collect cool stuff from. In this Dragon Farming Guide, we’re going to help you do Naydra Dragon Farming.

First and foremost, who are these dragons? Well, the three dragons are called Naydra, Dinraal, and Farosh. For those of you well versed in Zelda lore, these should sound familiar. These dragons were named after the legendary goddess of the land of Hyrule, Din, Nayru, and Farore. These dragons have been in Hyrule for a long time, long before Link was put to sleep after Ganon’s rebirth, and they’ve been roaming the lands ever since. But, because of Ganon, they’re cursed currently, so you have to go defeat them to free them from their curse. After that? Well…

Why Farm Naydra Dragon Scales, Claws and Fangs in BOTW?

Now, once you do encounter these dragons, you have one of four things you can collect, you can only collect one item per day. You can get a Dragon Scale, Dragon Claw, Dragon Horn, or Dragon Fang. This is where Naydra Dragon Farming comes into play.

Who is Naydra in BOTW? 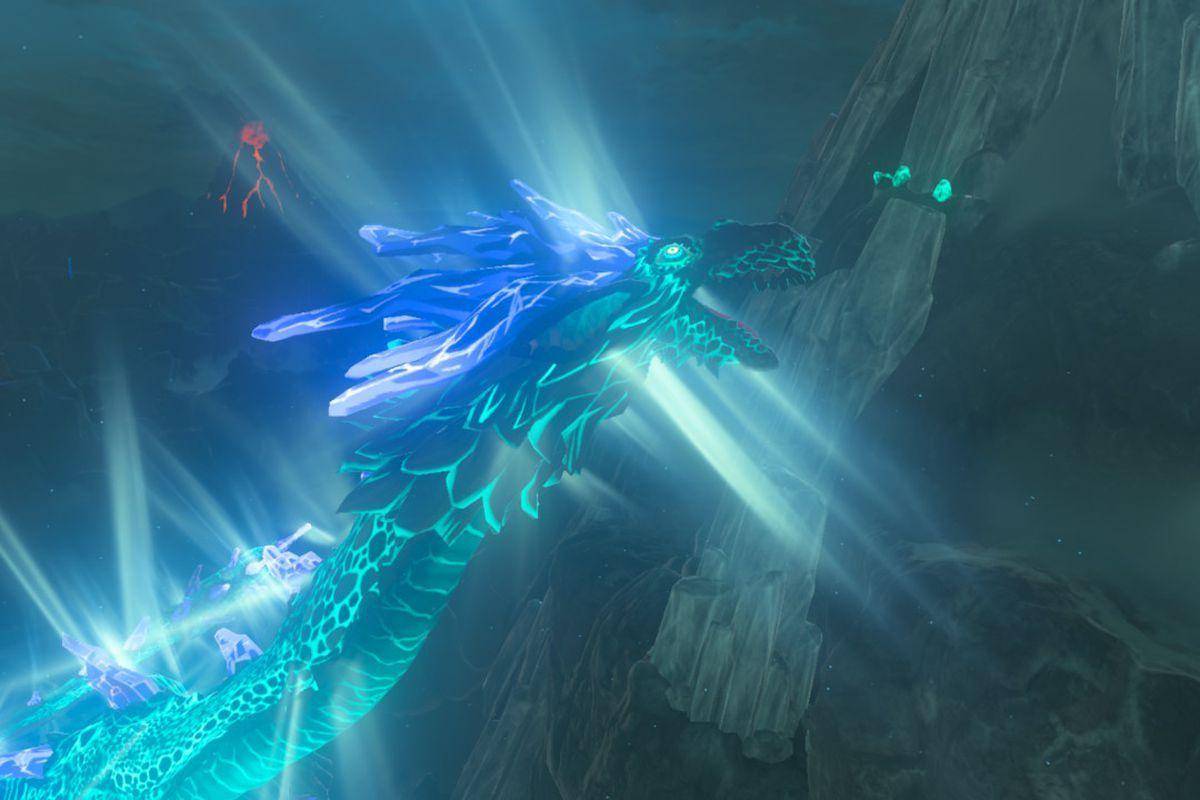 “A spirit of ice taken the form of this giant dragon. Making its home in the Lanayru region, it’s said to have served the Spring of Wisdom since ancient times. An old saying goes, “The dragon ascends to the heavens as the sun begins to set,” but nobody has seen this in the current age. The ice that coats it body makes it dangerous to get near, but Naydra bears no ill will toward people.” – Hyrule Compendium

How to Farm Naydra Dragon Scales, Claws and Fangs in Breath of the Wild

Look for it to arrive on the west side of the mountain, it’ll movie towards the East Gate, so be ready to strike quick. Just like Dinraal, you’ll have the chance to use updates to try and get close to her. Just be careful, she has ice abilities, and she won’t be afraid to use them. Time your shots, and you’ll get the part you want. Else…you’ll be…ice, ice, baby.

Women in Dungeons and Dragons: This is no Boy’s Club – For Those About To Roll, We Salute You! Amazon Very Nearly Ticked Off Negan