Fortnite has been a long time coming and it is still technically not officially here yet. What is now a paid Early Access title was first announced in 2011 at the Spike Video Game Awards. It took inspiration from the likes of Minecraft and Left4Dead to create a mashup that incorporates elements of base building, role-playing games, and third-person shooters. It also manages to mix in other genres, such as survival games, to create something that is definitely unique.

While this rather elaborate combination can certainly be entertaining it does also feel chaotic – as if the different parts were designed and put together by separate teams that were working on their own games and then flung together at the last minute. Despite having this feeling at times, somehow the overall experience seems to work and the various different systems that have been combined make for a rather deep game that can be compelling. 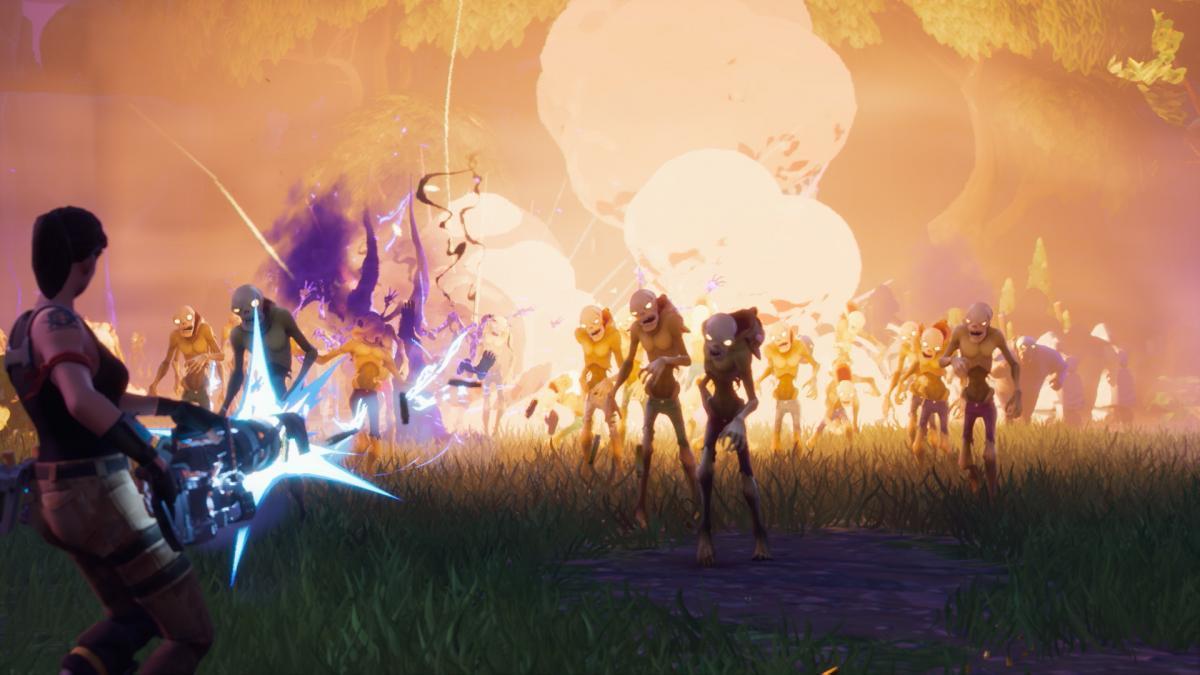 The premise of Fortnite is that the world has been ravaged by a series of apocalyptic storms. These strange phenomena have turned most of humanity into a zombie-like Husk that seems obsessed with wiping out the few humans that managed to survive. You take on the role of The Commander, an inspirational character that will both lead the few people who are left and take the fight directly to the Husks that are determined to exterminate you.

To that end, the game is primarily about building up and defending your base of operations. This means that you have to go out and gather materials and find traps to help keep out any marauding Husks. You are given a surprising amount of freedom when it comes to building up your home. It is satisfying to design your defences in  a way that is not predetermined by the developers, and although it isn’t quite as complex as the likes of Minecraft, it is much easier to see your vision come to life. 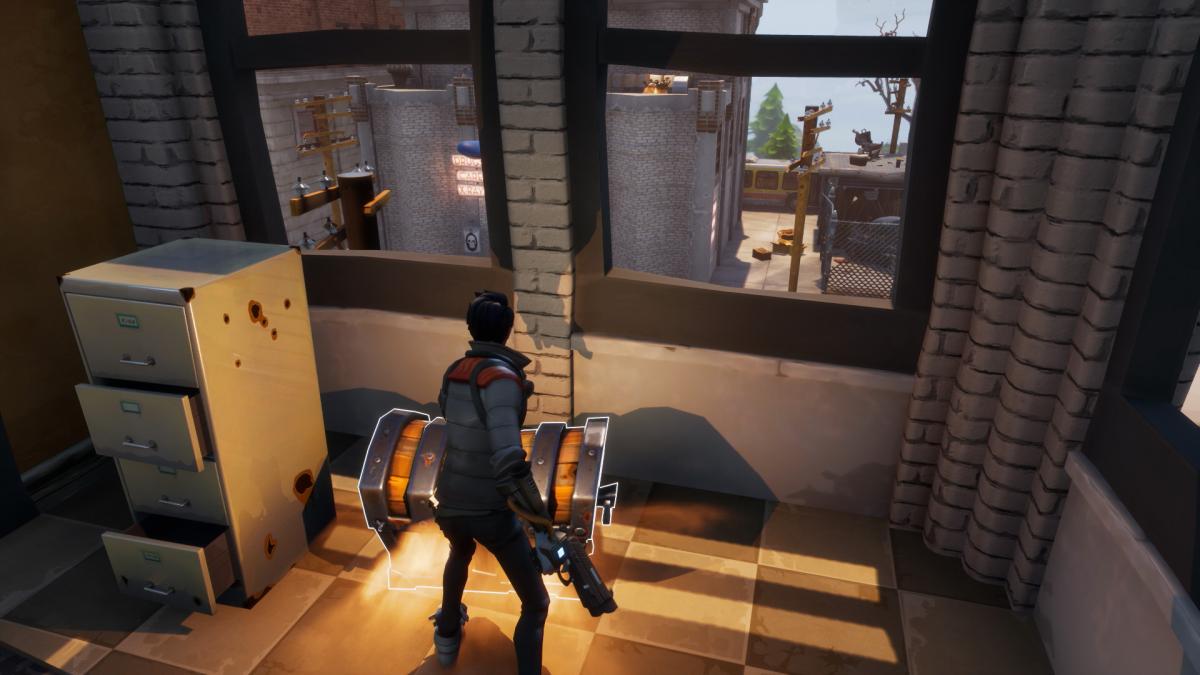 Outside of base building, Fortnite is largely composed of two other main parts. The first is combat which is pretty fun. The team behind it have obviously taken advantage of their background in creating Gears of War to construct responsive and enjoyable gameplay. There’s a huge variety in terms of weapons, ranging from assault rifles and shotguns, to exaggerated melee items. What is most likeable about the combat is that the developers have struck  good balance between making you feel as if you can take on hordes of Husks but keeping it a challenging experience that you cannot simply waltz through.

The last major element is the crafting system. Here, you have to collect resources using your trust pickaxe from things in the environment, be they trees or cars, and then use knowledge you have gathered from missions to construct a huge array of items. Everything you build, including weapons, traps, and even structures, have a limited lifespan and will deteriorate over time – eventually requiring you to remake them. It adds a nice strategic layer to gameplay about how to use your limited resources as gathering new ones won’t always be an option that is available to you. 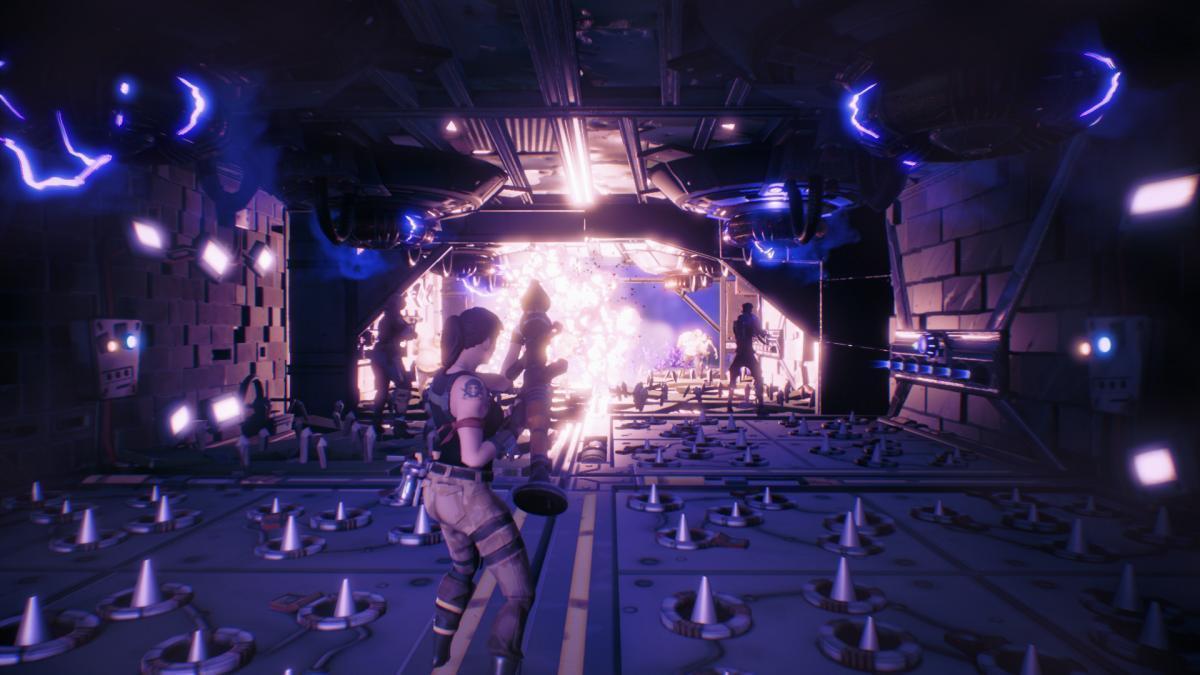 One of the main issues with the game is that the missions simply aren’t that fun. They are largely just the same objectives with slight changes. Some have you collecting a certain amount of a particular resource whilst others will have you surviving waves of enemies. There’s little in the way of significant variation to help keep things interesting. The same can be said of the enemies that never seem to evolve along with the player.

The difficulty curve can also be a problem. Early missions will see you trample through enemies and complete objectives at a stroll. All of a sudden, though, this will stop. New tasks become incomprehensibly hard and force you to dig deeper into the various systems that Fornite has in place. This means investing more heavily in the skill tree, building your base more effectively using traps, and collecting new heroes to help you fight enemies. Nevertheless, it is a frustrating moment and may put off players before they can get fully invested in everything the game has to offer. 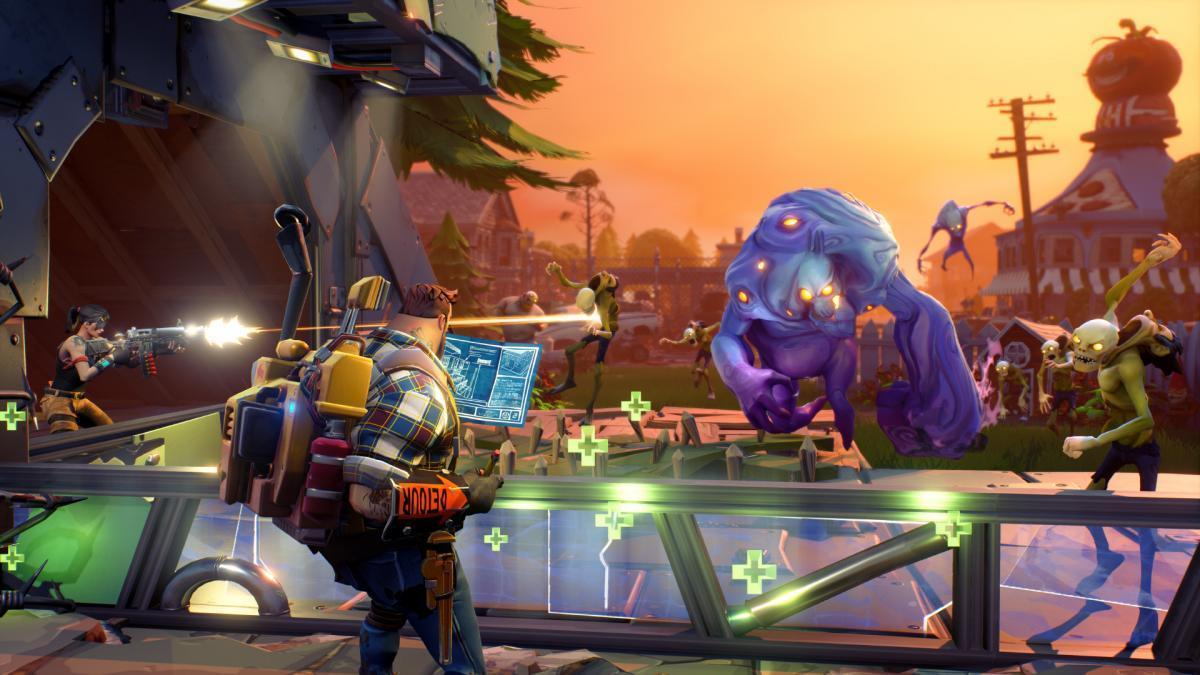 Ultimately, Fortnite provides plenty of content and strangely enjoyable gameplay across all of its different elements. There are definitely annoying parts and it is easy to become frustrated with the same old missions over and over again. Even through these stumbles, though, there are penty of flashes of brilliance that make you want to come back and play it once more and it is these moments that make Fornite a game that might enthrall you for dozens of hours.

This article is based on a digital copy of the game that was provided by the publisher for evaluation purposes. Fortnite is currently in Early Access and as such as not a finished product and will not be fully representative of the final product. However, because it is available to purchase it is important that it be critiqued like any other paid title. A full review of Fortnite will be made available once the game has seen a traditional release.

Tomb Raider Trilogy Is Free On PC, But For This Week Only