F1 2017 is Codemaster’s ninth instalment in the Formula 1 series that they have created since securing the rights to the sport in 2008. Unlike other sports franchises, such as Madden or FIFA, that have always been money-spinners, the F1 rights have had a checkered history. Plenty of publishers have taken a stab at them including the likes of EA and Sony but few have managed to make such a success of them like Codemasters have. With this latest entry in the series, it is clear that the developer has developed an even stronger relationship with the rights holders and that they have taken everything they have learned over the past decade to create what is arguably the best Formula 1 game ever made.

Although the rules in this current generation of Formula 1 might not be to the liking of everyone, they do provide an excellent strategical element to the game. Having to pay careful attention to the various parts of the engine adds an extra layer that wasn’t really present previously. It forces you to think about when to install a new part and introduces risk if you want to push certain components to their limit. It could pay off by allowing you to save your engine parts for the important season finale but could also mean you are stuck in a race having to manage issues. Gears might get stuck or the fuel options might become unavailable if wear takes its toll and it is even possible for components to fail altogether – leaving you with a DNF. 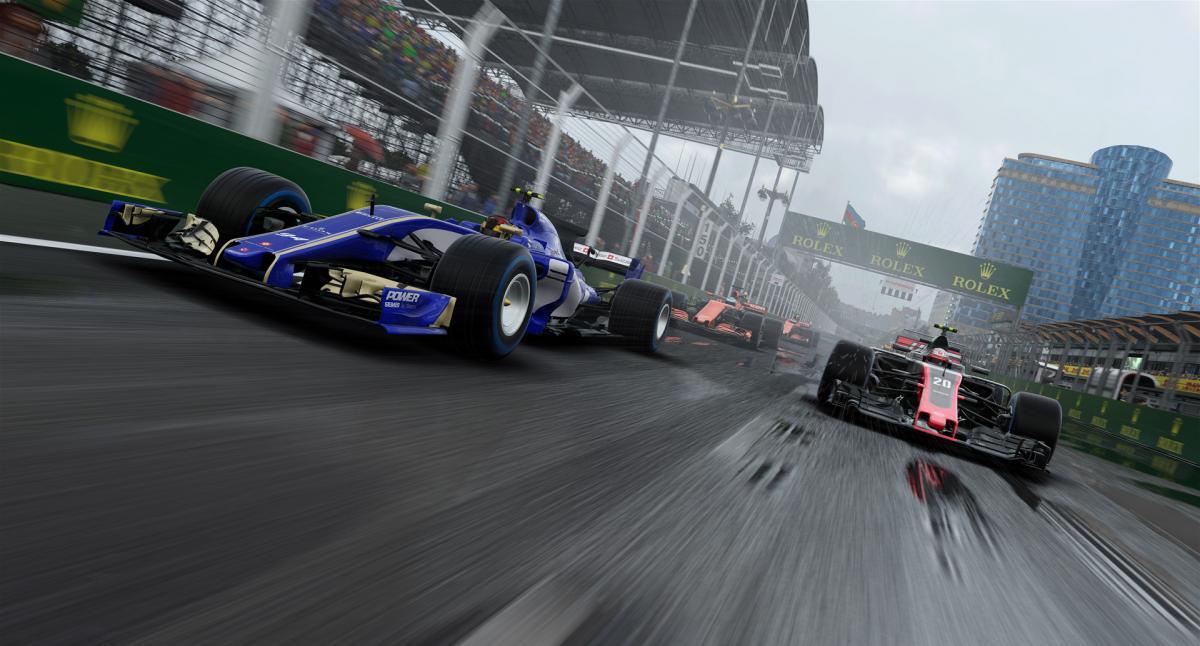 One of the most impressive things about F1 2017 is the way that races feel much more like dynamic events now. In previous titles there was little that could happen within a race that could drastically alter the state of play other than you making a big error. Things have changed significantly now though. The improved weather system can quickly enliven any event thanks to the way that the rain works. The developers have effectively created a system that mimics real life weather. One wet race can feel very different to another, as a few showers effect the race track in a different way to a persistent downpour and it is up to the player to determine the best moment to come into the pits to change tires.

The same can be said of the Safety Car. This was seen as more of a gimmick than a proper gameplay feature when it was first introduced a few years ago but now it is a fully-fledged mechanic that comes into play in a much bigger way. Combined with the Virtual Safety Car, it seems like Codemasters have finally managed to get the balance between authentic simulation and enjoyable gameplay just right. You never feel cheated when the Safety Car comes out while you are leading and it certainly brings to life those races where you are not in a battle and then suddenly have the chance to make dramatic moves to make your way through the pack. 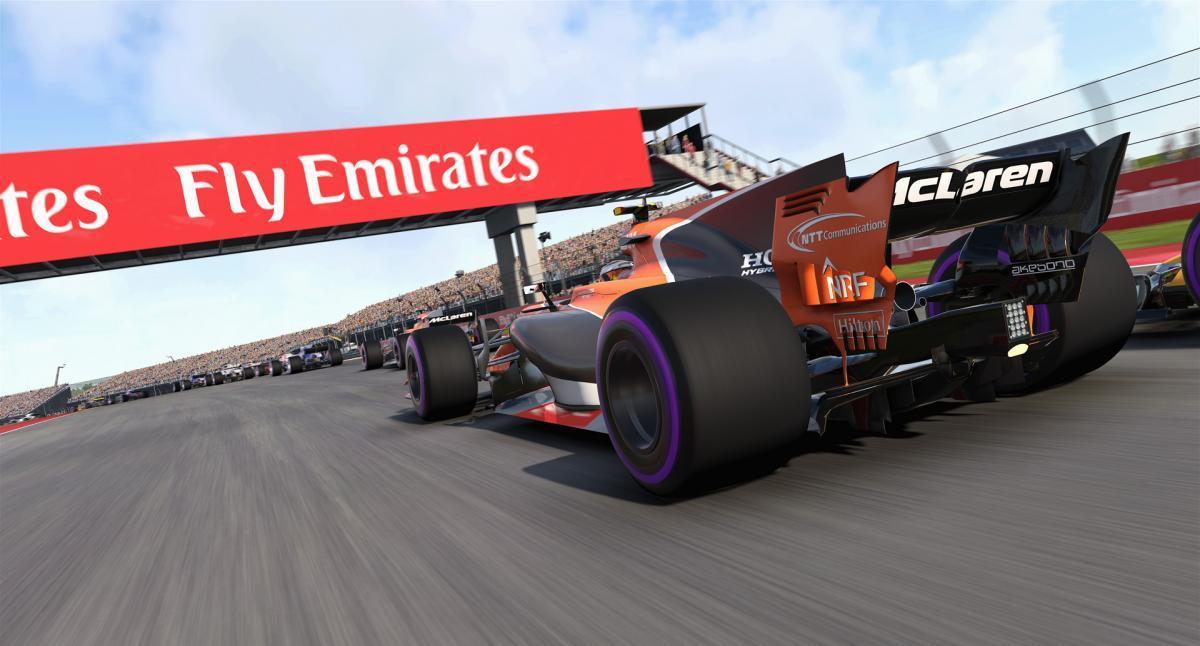 Another new feature to F1 2017 that is very welcome is the tech tree. While previous Codemaster F1 titles have allowed you to upgrade certain elements of the car, this is a much more in-depth system than has ever been seen previously. Players earn upgrade points by partaking in special objectives during practice sessions. These involve tasks to test your tire wear and fuel saving abilities as well as practice qualifying sessions and race simulations to come up with the best strategy. It is an interesting way to not only have a way for you to improve your team but also make the practice sessions worthwhile and interesting to take part in.

Codemasters have even managed to get the little things right. For example, the timing of the release of the game makes much more sense and is far more relevant than previous instalments that would arrive at the end of the actual season. Here, F1 2017 has hit store shelves when the real Formula 1 season is at its peak, right bang in the center of the year. 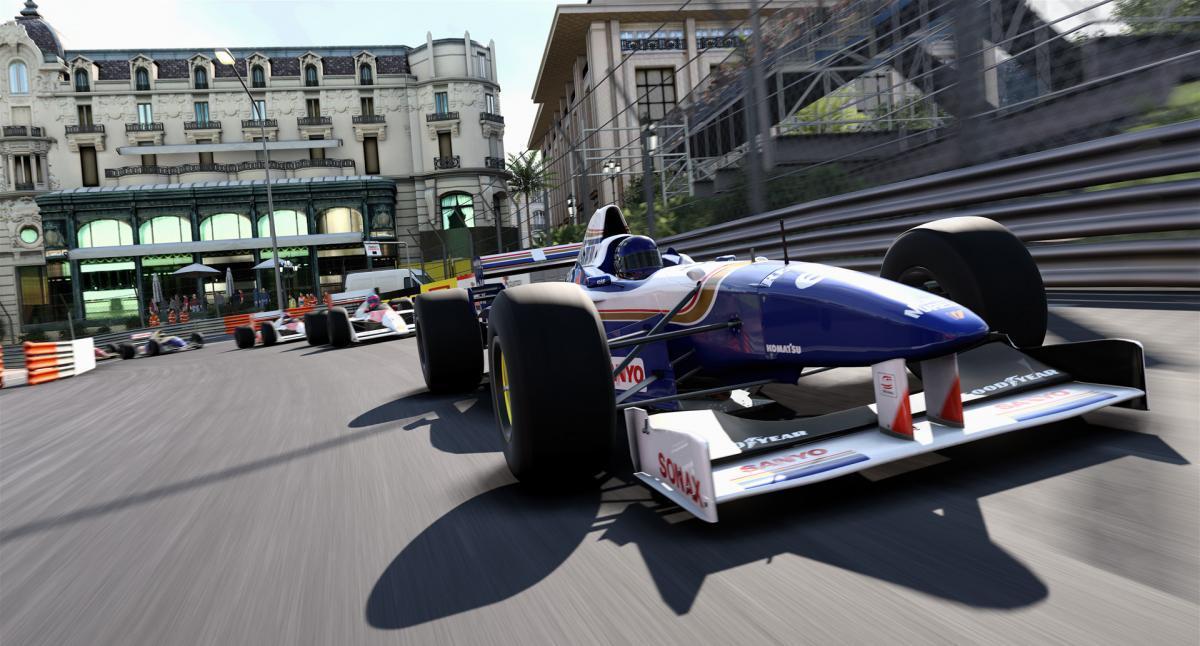 There’s also plenty of content outside of the main career mode to keep things interesting. The championship section provides all of the thrill of career without the research and development needs. The downloadable scenarios provide a good way to compete with your friends on leaderboards to see just who is the best driver and more customization options for one-off races means it is possible to enjoy your favorite tracks with completely different looks and feels.

There are problems with F1 2017. The character models and facial animations look amateur at best. It is clear that these were not pressing concerns of the developers and that the limited budget could be better spent elsewhere, yet it is still jarring when you have to talk to your agent or see the drivers celebrate on the podium. The classic cars also feel a little underwhelming compared to the offerings in F1 2013, although Codemasters has done a better job of integrating them into the main game with invitational events in career mode. 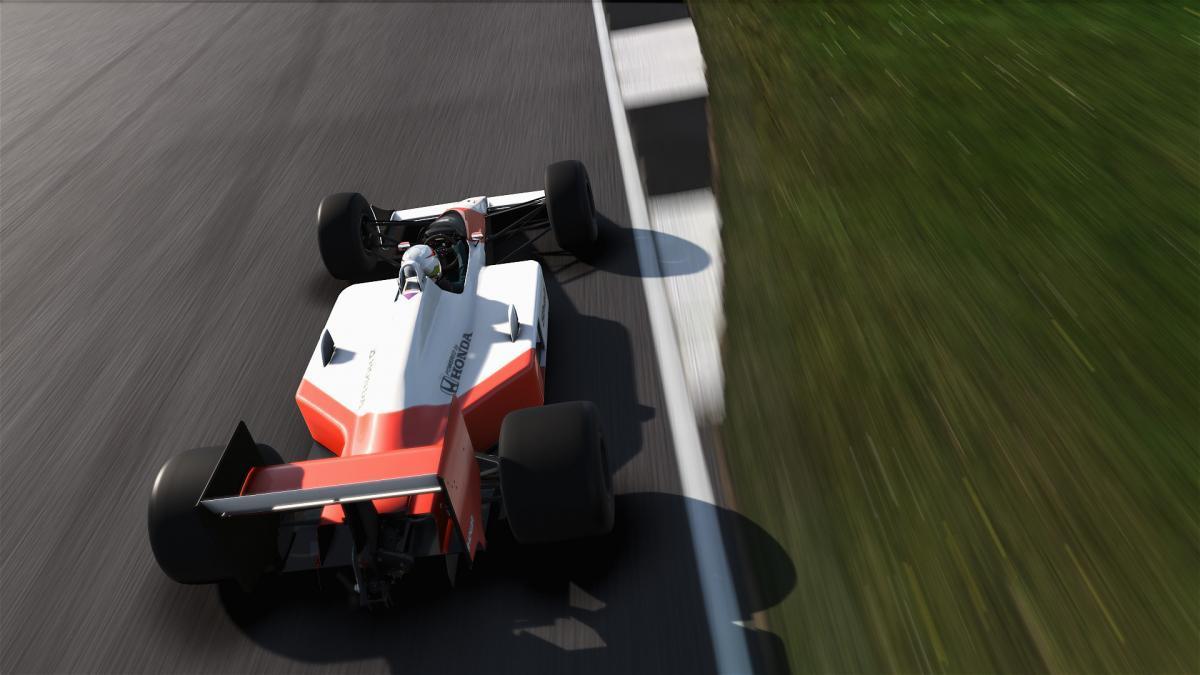 While the visuals away from the racetracks might not be stellar, the individual circuits and F1 cars have been modelled with exquisite detail.  There are few games that have managed to capture the action they are intending to simulate in such an authentic way. The only real downside is the sound of the cars and that is something that is down to the FIA and F1’s rule making body rather than Codemasters.

When it comes down to deciding whether you should buy F1 2017 there is only one consideration. If you love F1 then this is a game that you must buy. There are few racing games that have managed to capture the essence of the motorsport they are attempting to emulate quite as well as this one. This is undoubtedly the best F1 game that Codemaster’s has created and possibly even the best one ever. However, it is exactly that success that means this is unlikely to be as attractive a racer as the likes of Dirt 4 to the more casual player or fan.

This review is based on a digital copy of the game that was provided by the developer for review purposes.