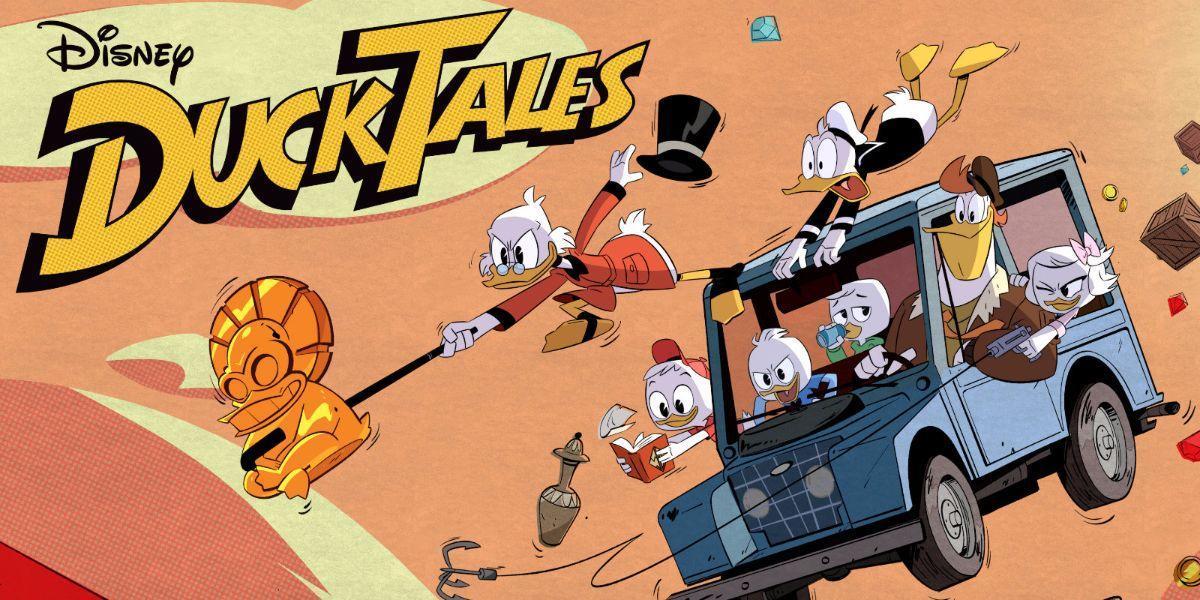 The original DuckTales aired in the earliest days of Disney Channel, and marked a new age of animated cartoons. So much so that the theme song and show are still marked as classics to this day. Then, in 2017, they decided to reboot the franchise and give it a new spin with new voice actors, a more modern visual style, and more. And from the word “Woo-Hoo!” the show was a hit. Season 01 only ended recently, but Season 02 is launching next month!

And now, Disney has revealed that no matter what happens, we are getting a third season of DuckTales, and it will air in 2019! Which means that much like the gap between 01 and 02, we won’t have to wait that long for the new episodes to roll out.

To help commemorate the announcement, Disney released a “booth video” showing off the four main stars of the show (the voices behind Huey, Duey, and Louie and Scrooge McDuck) in a voice acting session. Naturally, DuckTales shenanigans ensue.

As a fan of the new series, I’m glad to see that it’s not going away, and that kids of this generation (and adults as well) will get to experience everything that made this show great.