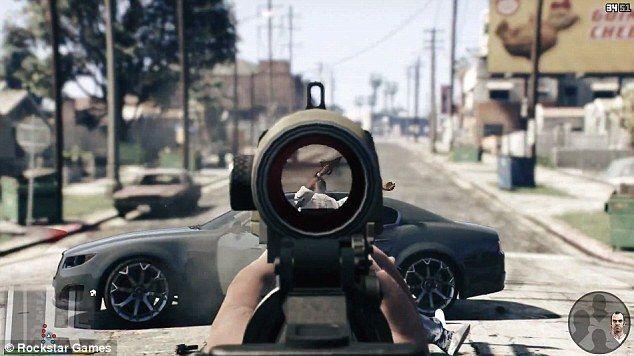 With the holiday period coming to a close it is time to look at the games that are due for release in January. Traditionally, as we leave the busy release schedules of November and December in the run up to Christmas, the lineups for January and February tend to be a little bit bare. However, there are still some crackers to look forward to over the next 31 days so let’s jump straight into the bigger releases for the month ahead.

The latest Saints Row instalment hits store shelves January 27. A joint venture between Volition and High Voltage Software, Saints Row: Gat out of Hell is a standalone expansion to Saints Row IV. The new expansion contains far more content that previous DLC for the title. It includes a number of new concepts, including angelic flight and a distinctive progression style that differs from the more open story of its predecessors. It will be released on the Xbox 360 and PlayStation 3 via digital distribution on the console’s respective online stores. Meanwhile Xbox One and PlayStation 4 players will be able to get their hands on the expansion through Saints Row IV: Re-elected. The game is a port of the original Saints Row IV developed by High Digital Software that will include the new expansion and all other DLC straight out of the box.

Another open world sandbox game is releasing in January in the form of the PC port of Grand Theft Auto V. The port was initially announced along with the PlayStation 4 and Xbox One versions of the hugely successful game but was delayed until January 27 so that Rockstar could add further polish and ensure that it ran as smoothly as possible. Like the other next generation releases, Grand Theft Auto V on PC includes enhanced graphics compared to the original Xbox 360 and PlayStation 3 release along with increased performance allowing for a smoother frame rate and draw distance. The team have also added the ability to play in first-person rather than the traditional third-person and other gameplay features such as new weather effects and more wildlife. This may just make the wait that PC players have had worth it.

Another highly anticipated expansion that is due to release in January comes in the form of Dynasty Warriors 8: Empires. Releasing on January 27 in the US and January 30 in Europe, the game is the traditional Empire expansion to Dynasty Warriors entries that puts more focus on the tactical battles and strategies of players rather than simply on the hack n slash action of the vanilla games. It also includes a total of 83 characters and the ability to customize a number of options including your horse and the banners used by your armies. It will be available via digital distribution on PC, Xbox 360 and PlayStation 3 while a physical version will be available in stores for the PlayStation 4 and Xbox One.

The last notable game to release in January is Raven’s Cry. This dark fantasy game combines elements of both action-adventure titles with role-playing games to create an experience where players will take the role of a young man who was attacked by pirates in the 17th Century Caribbean. Raven’s Cry will feature a morality system along with naval battles and duels. Developed by Reality Pump Studios, the game will release on various consoles in Europe throughout January while a worldwide PC release will be available from January 26.

Xbox users will be able to get their hands on three free games as is usual with the Games With Gold program run by Microsoft. This month’s Xbox One offering is D4: Dark Dreams Don’t Die. It is an adventure game similar to the ones released by Telltale Games and sees players take on the role of a man who is trying to solve his wife’s murder so that he can prevent it from happening in the past. It originally released in September to mostly positive reviews from critics, averaging 77 out of 100 on ranking site Metacritic. Meanwhile, the two previous Xbox One games will still be available throughout January. These are Worms: Battlegrounds and Volgarr the Viking.

The two free Xbox 360 game’s for this month are MX vs ATV Alive and The Witcher 2: Assassins of Kings. The racing game MX vs. ATV Alive will be available from January 1 until January 15. It features off-road racing across a variety of locations as well as numerous vehicles and game modes. The Witcher 2 will be able to be downloaded in the second half of the month. The highly acclaimed RPG comes with a huge story and a large number of customizations options, giving players enough content to play for over a hundred of hours.

Sony meanwhile has still not announced which games will be made available to PlayStation Plus members in January but they have previously teased that the games will be infamous: First light, a standalone expansion to the open world game, and The Swapper for the PlayStation 4.