Hawkins is finally joining the late 20h century with the addition of their first-ever shopping mall. Our first glimpse of Stranger Things Season 3 comes courtesy of Starcourt Industries (an international enterprise), who this morning issued a public statement and this exciting new commercial:

“Hawkins is the perfect All-American town to host our next venture, for so many reasons, but it’s the people in this community who who will make this mall so much more than just a shopping center,” said a Starcourt representative.

I want to go to the Starcourt, badly, and I doubt I’m alone. I wish shopping malls were as big today as they were in the 80s. I also wish the prices there were competitive with the prices online, which is the problem.

As cool as this place looks, imagine how much better it’ll be when a rift to the Upside Down inevitably rips open in the Scoops Ahoy milkshake machine and monsters tumble out. I can’t wait for…..next summer? WHAT??

Both the ad and the press release state a grand opening of “next summer,” which just means the mall, right? It doesn’t mean I have to wait an entire friggin’ YEAR for Season 3, does it? These kids aren’t getting any younger! You’re in a race against puberty, Netflix, a race you can’t win! Get it in gear!

Anyway, the entire release is posted below. Stranger Things Season 3 launches…whenever it launches. Hopefully NOT in summer 2019. 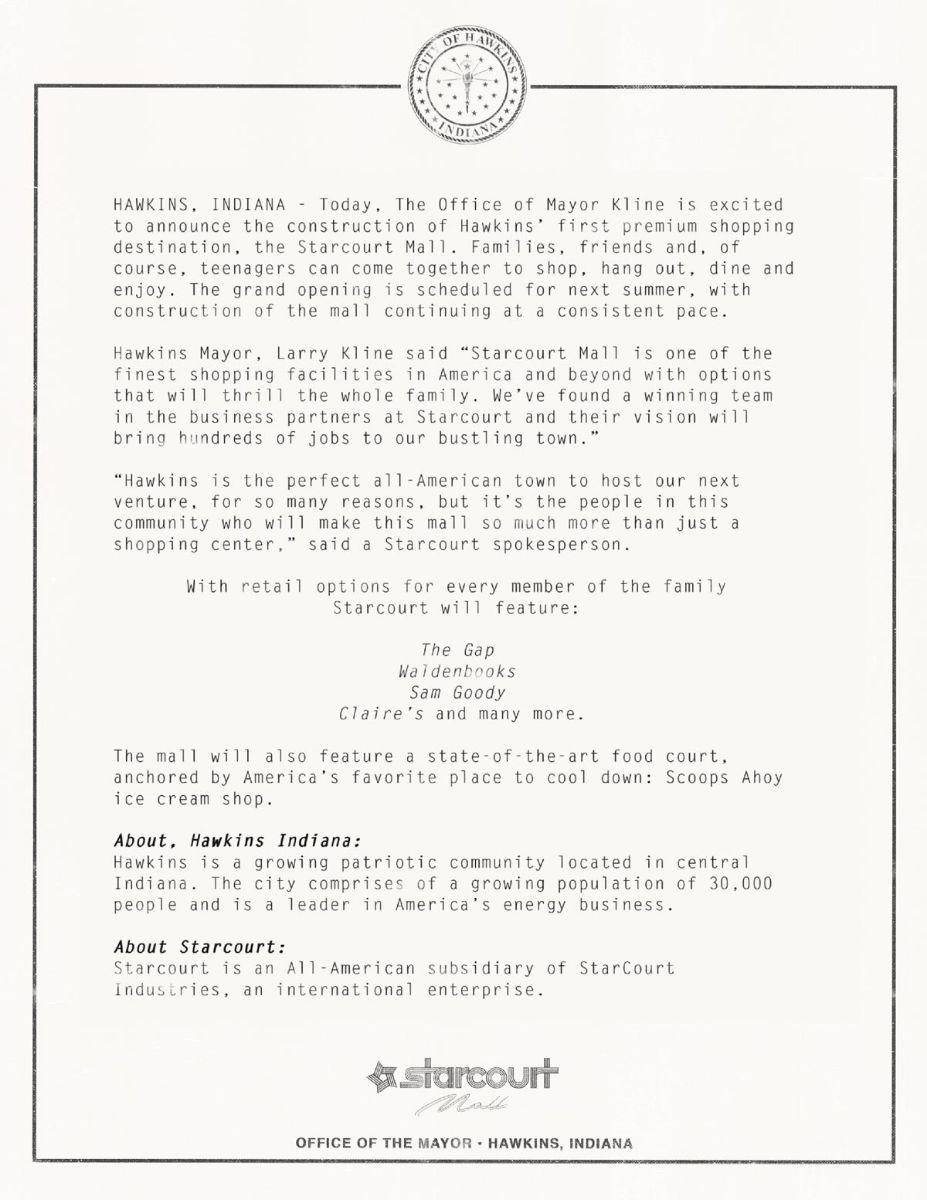