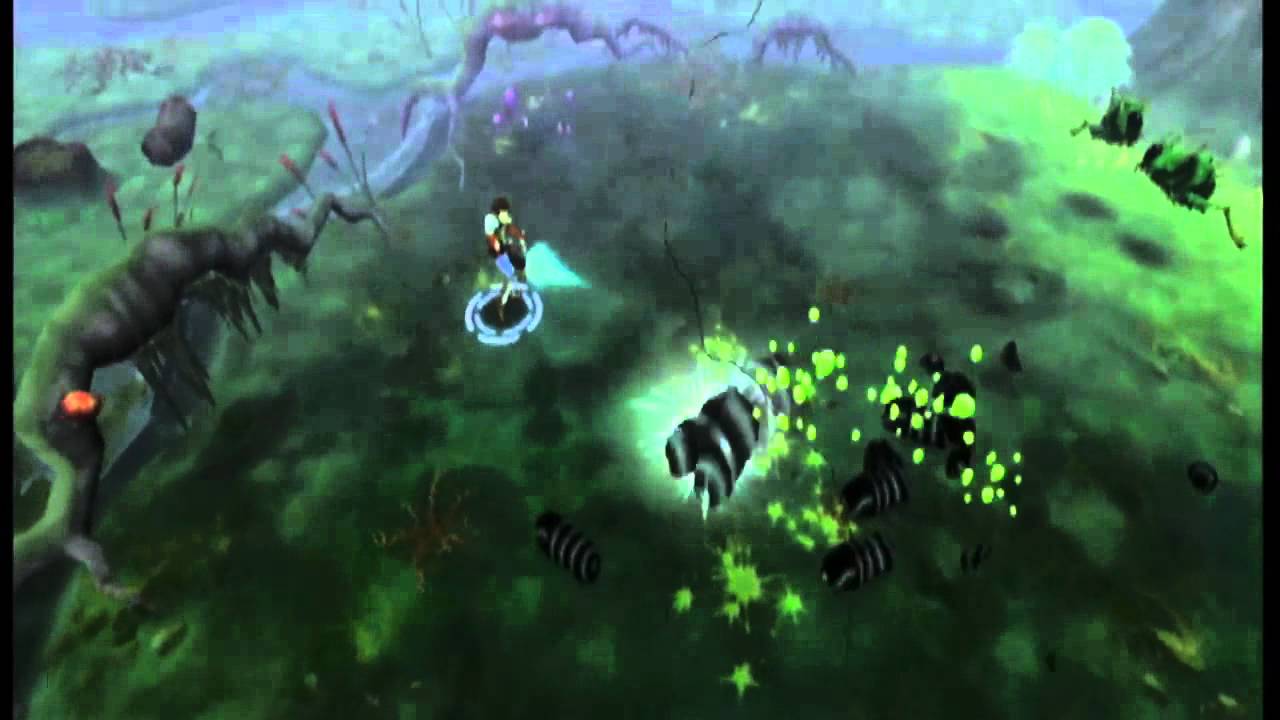 Play as Max, the hero and bug slayer, who must defend Maisy, a girl whose gardens bring life back to the wasteland that the planet has now become. Squash giant mutated centipedes, spiders, beetles, grubs, caterpillars, moths, and more. Lay waste to these mutated bugs with weapons such as the Lightning Orb Gun, Nuke Cannon, Freezethrower, Mine Launcher, and more. Use the bodies of dead bugs to craft new defenses and power-ups like turret guns and barricades, or just crush them with your mighty stomp! Hit the jump for a new trailer and more information on the game.

KEY FEATURES:
· Reimagined version of the classic gaming franchise designed specifically for the Nintendo Wii and 3DS
· Explore an expansive new world with 7 environments, 40 stages and 5 boss battles
· Choose from over 20 different weapons and power-ups to battle against more than 20 different types of bugs
· Immersive storyline filled with a variety of gameplay and intrigue
· Team up with a friend to kill even more bugs with 2 player co-op multiplayer
· Unique “street pass” feature for 3DS – Unique content shared between passing Nintendo 3DS units

New Beyond The Labyrinth Screens & Boxart