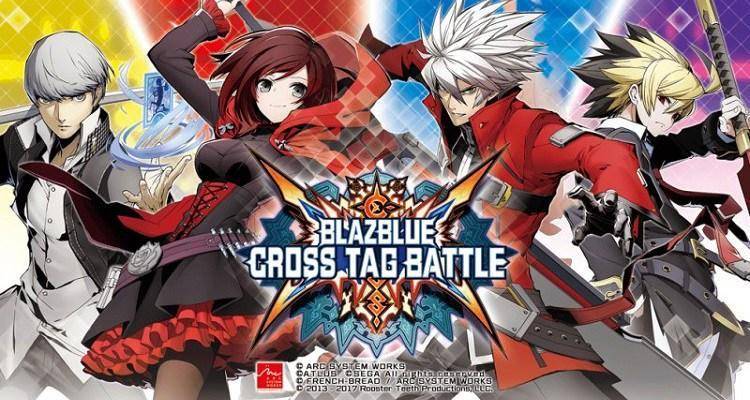 You can’t escape from crossing fate, but how does Blazblue Cross Tag Battle fair out?

Blazblue Cross Tag Battle has been no stranger to controversy leading up to its release. Between questioning the price of the base game, putting half the roaster behind a paywall, and the price of the collector’s edition compared to the contends of the collector’s edition. It has now been released, though the demo has been out for a while now and enjoyed playing the demo. It is time to see how this game holds up and if it is worth the fifty dollar price tag or not.

The main story is split up into four separate episodes, each focusing on a different series. All of them have the same story-line, though with different matches and motives of the characters you play. There is a choice system in the Blazblue episode where you chose your response to certain characters. However the main story may feel too easy for those that have played fighting games in the past. If you take the time to read the text of the episodes, you can beat an episode in about an hour. Which may turn players away that are looking for a good single player story. The story itself is basic enough to be serviceable, however it is nothing monumental.

There isn’t much in the way of graphics. The sprites are in an anime style while the backgrounds are a mixture of two dimensional and three dimensional animation. Most if not all of the backgrounds have some kind of animation from subtle to obvious. The sprites themselves are not bad when in motion, however them standing idle will show that they are not as clean as they should be. However since they are contently moving it doesn’t really show.

The game play is fast paced and revolves around combos. You have your light, medium, and heavy attacks along with blocks, jumps and specials. In the game there are five game modes. Episode Mode which is the main story, Training Mode, Tactics mode which allows you to understand the games mechanics and lets you practice using them. V.S. Mode which is you against PCs or other players in local multiplayer, and Survival Mode which is like a Boss Rush mode with other characters in game. Which leads to more variety in ways of mastering your team. In the start screen before a fight you are able to change the order of your team depending on the match you are in.

Online play for fighting games is the hook for players since you are able to play with others and test or show off your skills. You interact in the lobby with avatars. You start with Ragna The Bloodedge, however you can buy others and customize your title, plate, chat avatar, and boarder of your title plate along with character color palates in the item shop at the start of the game. The avatars themselves are fun with the ability to emote and interact with other avatars indirectly by these emotes. In some cases avatars will gather in the middle of the lobby and interact with each other, usually with dance parties.

The game play online is no different outside of difficulty compared to the main story. There are two different kids of lobbies online. Casual, which has a newbie lobby for new players and ranked lobbies for ranked play. The only real problem seen is that the introduction cut-scenes can lag sometimes, however that depends on internet connection.

While there are some bumps in this game and some business decisions were questionable. It is a fun game and is worth your time, but I don’t think it’s worth the fifty dollars between the easy story mode, the questionable choices concerning the roster, and sprite quality. My verdict is a 7/10 with a recommendation to buy on sale or with trade in credit if you are wanting the physical copy.

Chains Of Fury Announced For PC And Switch

Pankapu Has Arrived For Nintendo Switch