Every month, Pop Geeks looks through the extensive entries to Steam Early Access – some of which we may have already reported on – and brings you some of the best indie games that are worthy of your attention, all in a listicle form counting down to our favorite. From horror games, to RPGs, and puzzle solvers to adventure games, these are some of the best indie entries to Steam Early Access. If you see one that tickles your fancy, why not head over to the games Steam Greenlight page and give it helpful hand? Not see some of you favorite entries? Let us know in the comments below!

Fight epic space battles, explore, mine, trade, wage wars and build your own empire to save your galaxy from being torn apart by an unknown enemy. Avorion is a sandbox game that takes the game feel of classics like the X games and Freelancer, throws in co-op multiplayer and lets you build your own space ships.

All ships are made of freely scalable blocks and can be procedurally generated, leading to infinite and sometimes hilarious alien ship shapes. Thanks to the block structure, ships break into pieces where they’re hit during space fights. Blow off your enemies’ engines or weapon systems. Avorion focuses on combat, exploration, actually flying your ship and experiencing the galaxy. Ship building is easy and less micro-intensive, so you’re not forced to spend hours just to get a flying ship. Players can pilot every craft they own, including stations and fighters.

Pit People is the first game by the developer to be a part of the early access programs and it is the first time The Behemoth will release a digital title on two separate platforms in the same year. Early pioneers of Pit People can buy the game at a discounted price of $14.99 USD and these Early Access owners will receive permanent access to the full game. When the game is in full release it will be $19.99USD – but anyone who already owns the game would have their version automatically upgraded at no additional charge.

For players who own certain Behemoth game titles on the same Xbox One or Steam account will receive items in Pit People for having them. On Xbox One, get unlocks in Pit People for owning Castle Crashers Remastered and Pit People on the same Xbox account. On Steam, get unlocks in Pit People for owning Castle Crashers and/or BattleBlock Theater on the same account as Pit People.The Pit People Early Access experience will include a sizeable chunk of the Story mission, plus access to several world maps, quests, Unfair Challenge against the AI, and Versus mode. The game can be experienced as a single player or two-player cooperative mode. Additionally, versus can be played with up to 4 people in 2v2. All multiplayer modes can be played locally or online.

The Behemoth will be continuing development throughout Early Access which means things like more quests, collectible items, story missions, world maps and other polish will be worked on and added along the way. This will also be a good opportunity to monitor the balance in the game and continue getting feedback from the gaming community as the game wraps up. In this fast-paced, turn-based, co-op adventure players will quest and explore, find awesome loot, customize fighters, and recruit strange species! Pit People is a strategic game of positioning with single player story mode, two player co-op story mode, and up to four players for 2v2 in the Arena. This game is currently being developed for Xbox One and Steam. 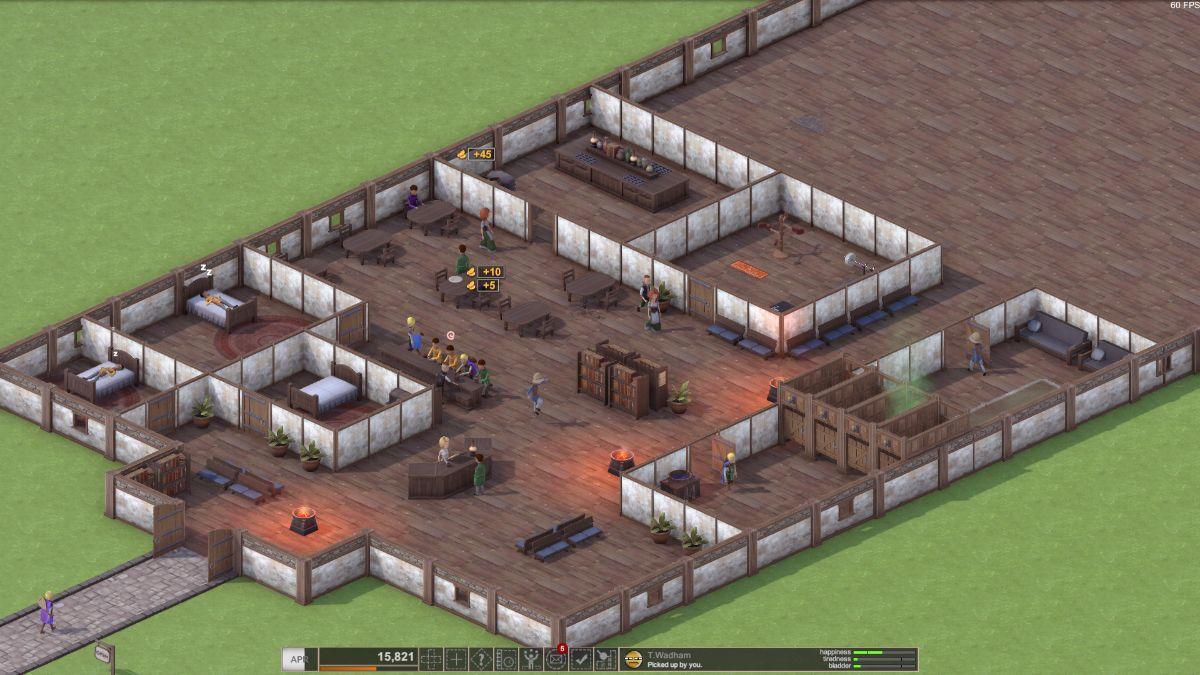 By word, by book, the tales of the brave and mighty are told in reverie. Every warrior is remembered, his stories spreading like a magician’s flame. But, what happens after the story? Where does the hero go after slaying the dragon, rescuing the damsel and freeing the people from an untold terror? No one really knows what happens to the old and retired soldiers. They listen of course, to the very far fetched stories that are passed down from mouth to mouth. Where? In the very taverns that are bustling with legends and the young at heart.

After years of roaming free, slaying evil and merrymaking in halls of drink, everyone takes an arrow to the knee. They have obligations and duties but most of all, the retired life is boring and redundant. They miss the dangers and wish they were young again. What better way to relive the life than to run a tavern? Travelers and adventurers from all kingdoms, far and wide come aspiring for fame and glory. They tell tales of their adventures, transforming cotton tails to horrendous beasts, morphing storms to witchery! All the danger relived in safety because at the end of the day, the warmth still burns in the fireplace. Your job is to run the tavern – Dragon’s Hangover. Some will seek drinks and food while some might seek the warmth of a bed. Manage your tavern and be the host that all adventurers admire. Your journey, as the tavern’s keep, begins now. 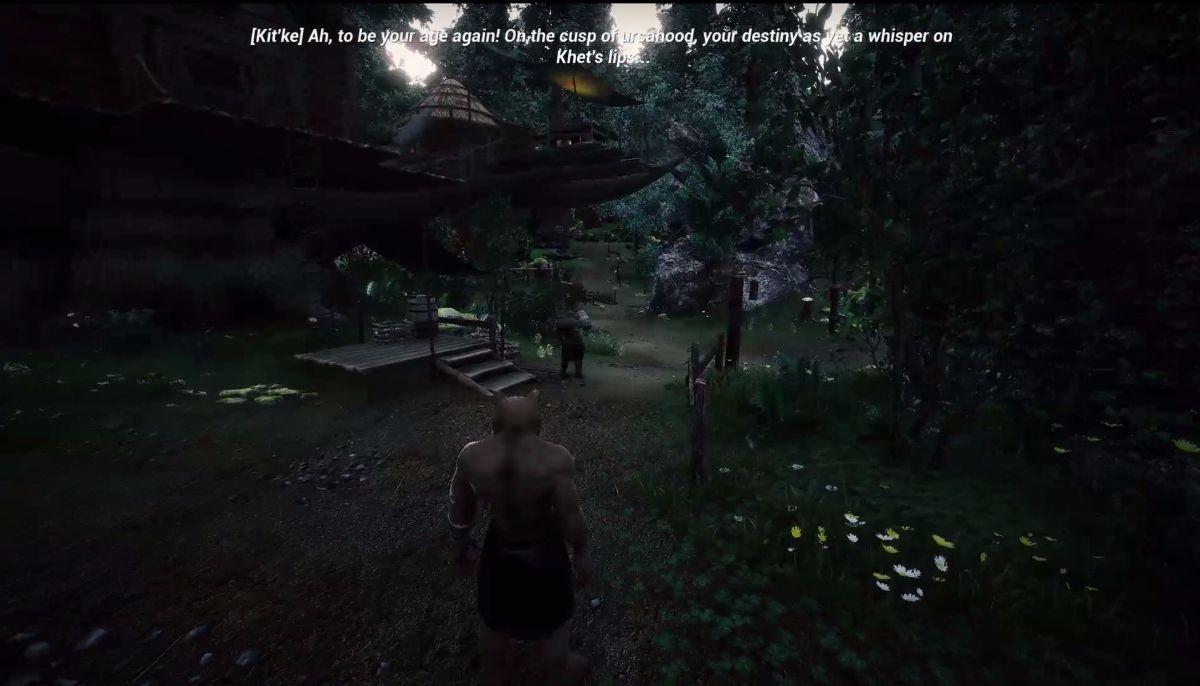 In Witanlore: Dreamtime, you assume the role of a young Ursine brave whose destiny has not yet been determined. Guided by a spirit totem animal, you embark on an astral journey into the spirit world to stand before your patron deity and receive divine messages about your destiny. However, there is something far less benevolent than a goddess waiting for you in the mists. Find yourself swept up in the chaos of an ancient battle for power, the outcome of which hinges on your decisions and a weapon that could lead us all to salvation or ruin. The path you take and the choices you make will determine the story’s outcome and alter the very fabric of the world. Witanlore: Dreamtime is a single player, story-driven, Adventure RPG for Windows PC, being developed on Unreal Engine 4. The game is set to have a number of features, including: 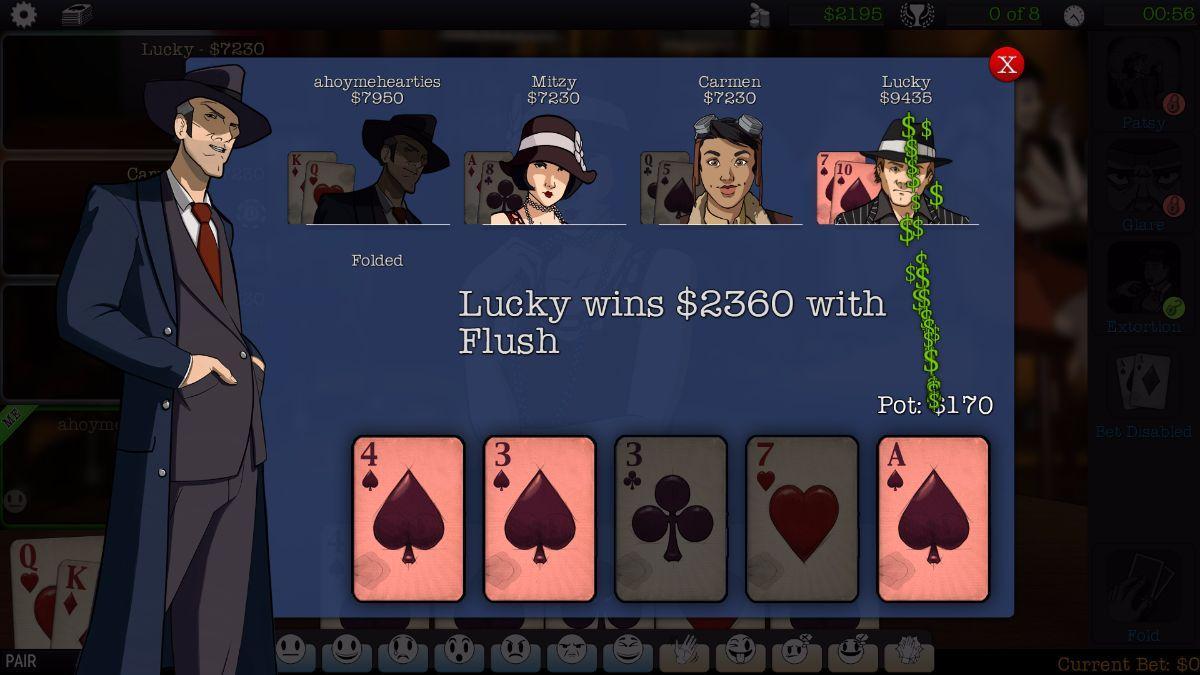 Lords of New York is poker the way it oughta be – with a lot fewer of those boring rules! Cheat your way to the top in style in this stylish 1920s-era Poker RPG, where you’ll develop skills over the course of every game to give you an edge on your opponents. Don’t like the cards you’ve got? Switch ’em around. Don’t like the way your opponent is betting? Make ’em regret it. Pick your character, and see how fun poker can be.

Every character’s skills and abilities match their distinct personalities, and they’re all lovingly animated and fully voice acted. They’ll let you know exactly how they feel about the way the game is going, encouraging players to bond with them over the course of a game. Poker isn’t about cards – it’s about the people – and Lunchtime Studios has created a cast of characters you won’t forget.

Lords of New York features include:

Vault of the Void Announces Crossover With Quantum Protocol