In 1997 Saban and Fox Kids teamed up to revitalize the sagging Ninja Turtle franchise by blending it with the Power Rangers formula to create what remains the only fully live-action Turtles series. Despite an official crossover with the Power Rangers (IN SPACE!) Ninja Turtles: The Next Mutation failed to catch on and lasted just one season. Not only that, it was despised by Eastman and Laird, with Laird in particular rumored to get agitated by just the mention of Venus DeMilo, a fifth Turtle he had no say in creating.

That show, and Venus in particular, remained a buried footnote in Turtle history…until today. 24 years after her forced retirement, the first female Ninja Turtle is back, to be reintroduced in an upcoming storyline from IDW’s Ninja Turtle comic series.

IDW won’t reveal just how Venus enters the picture, but this will be the setup for Issue 127, in which she first comes back: “The Turtles have their hands full navigating the factions of Mutant Town, a quarantined neighborhood in Manhattan’s East Side populated entirely of victims of a mutagen bomb detonation. Amid gang tension from the territorial Punk Frogs and drama unfolding between the extradimensional Utroms and Triceratons, the Turtles delve into the laboratory of the mysterious Dr. Barlow… And what they discover will change the course of Teenage Mutant Ninja Turtles forever.”

This description, plus a piece of promotional art that shows what appears to be Venus “disassembled,” leads us to believe she’ll either be a Frankenstein creation, a robot, a cyborg or any combination of same.

Teenage Mutant Ninja Turtles #127 was written by Sophie Campbell and illustrated by Pablo Tunica, and will be available at comic shops March 16. 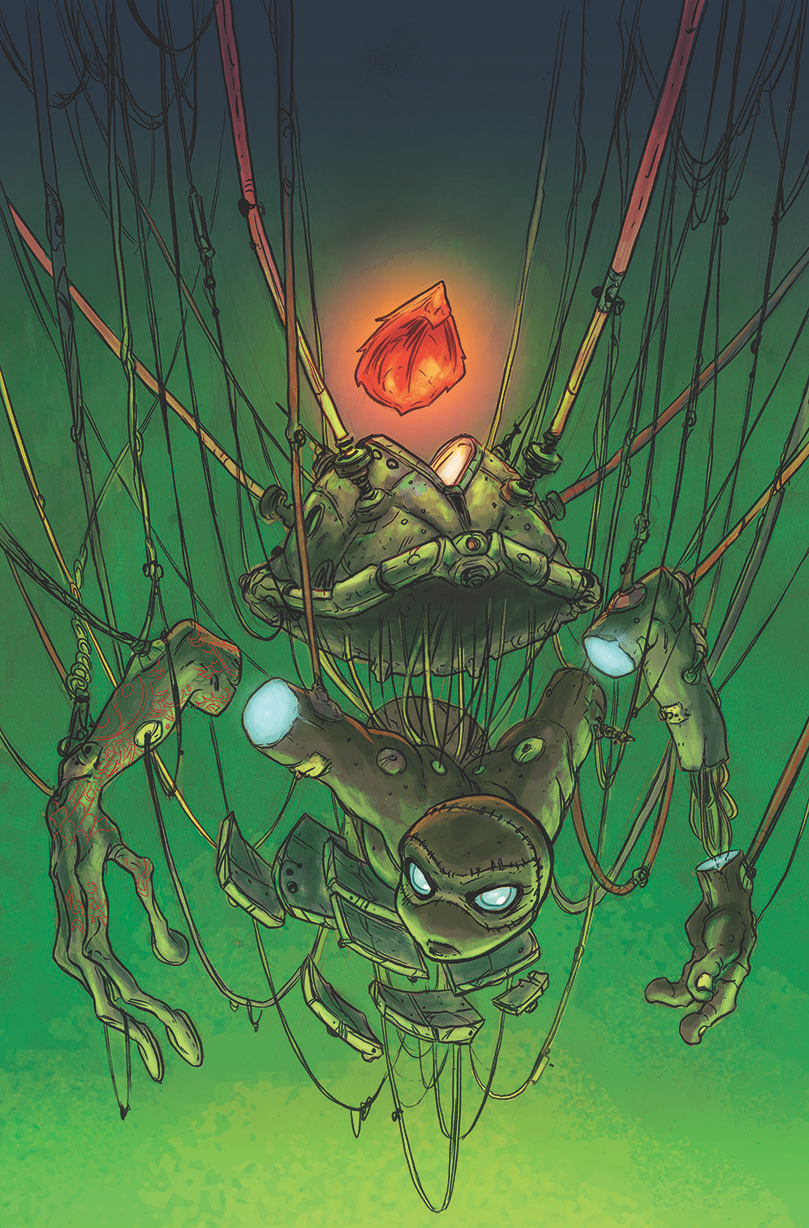