The truth. How much can you gain by bending it? How far will someone go to keep it hidden? How does it affect those who don’t know what it really is? These are just a few of the questions proposed by White Lie, a gripping new thriller from writer-directors Yonah Lewis and Calvin Thomas debuting this December from Rock Salt Releasing.

As someone who watches a lot of movies, it’s rare that a film grabs me from the first scene and keeps me riveted in my seat to see it through to the end. White Lie proved to be one of those unique cinematic experiences that I couldn’t step away from. Generally my “Me Time” films involve super-humans, cult comedy and ironic viewings of “Bad Movies”, so it’s saying a lot that this straightforward dramatic tale of deception set in our modern times spoke to me so deeply. 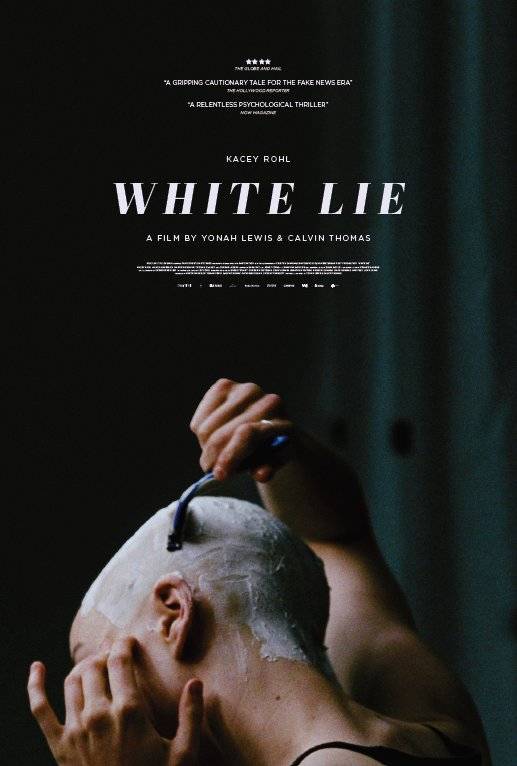 The poster for White Lie gives away everything about the plot, while saying nothing at all. In fact it leads only to a handful of questions for potential viewers: Who is this woman? Why is she shaving her head? What lie does this play into? For those who take the ride and press Play, all will be answered and in the most engaging way possible. 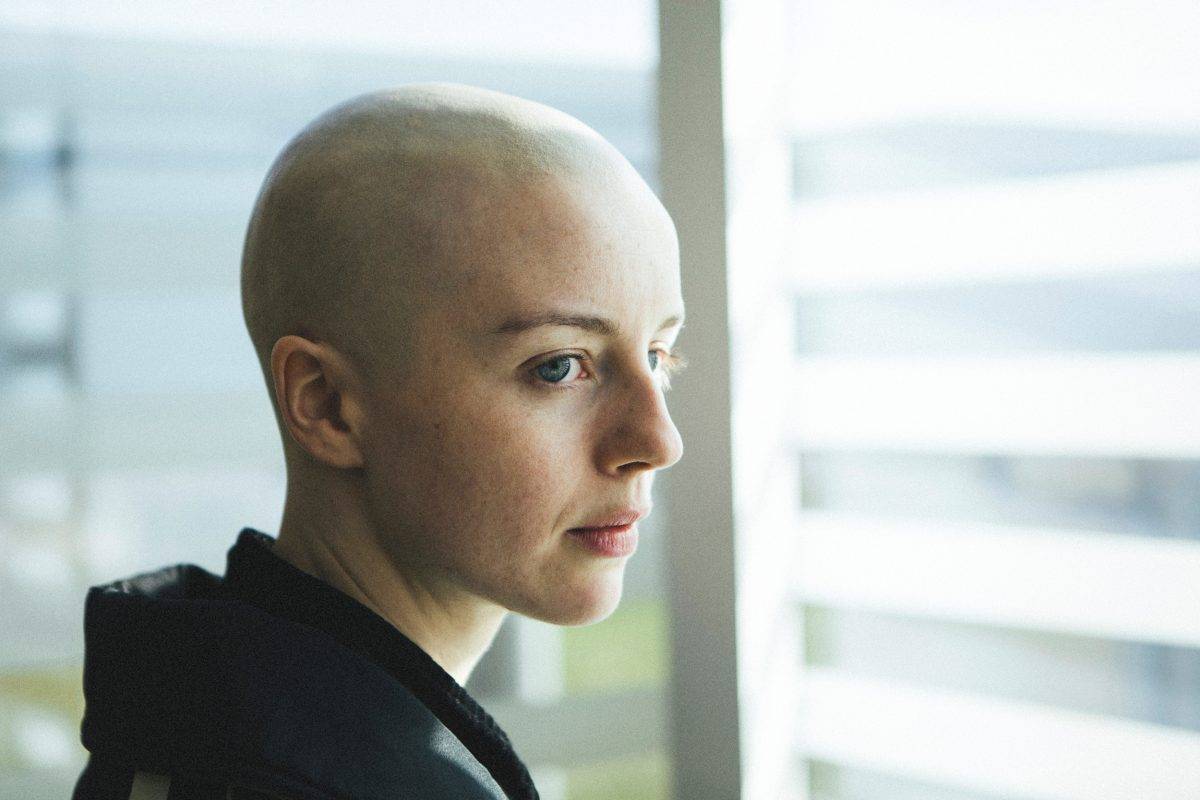 Star Kacey Rohl plays the role of Katie with a sense of mystery and fragility that draws the viewer into her world, awaiting anxiously as the details of her life unfold. As presented to the public, Katie is a young woman struggling with Cancer who has many financial supporters on her college Campus as well as in the community at large. Rohl wisely plays the part as an optimistic, outgoing survivor as opposed to a timid, weakened victim, which serves to fill those who would support her “treatments” with hope that their donations will make a difference. In truth (there’s that word again) Katie is a master manipulator, but the viewer is not meant to be fooled.

Unlike an M. Night Shyamalan production, the filmmakers don’t insult the audience by building to a big reveal about the fact that Katie is not sick, instead they choose to open the film by showing the shaving of the head as the first step in Katie’s play at gaining sympathy and stolen valor as a Cancer Survivor. Making us wonder if she is a villain or merely a victim of a fractured psyche.

As the child of a Mother who is 3-time Cancer survivor and having watched her deal with the effects of a double mastectomy, lyphoma and skin cancer over decades, Katie is easily the most despicable character I’ve seen on film in a long time. It is not surprising then that this story instantly hooked me, wondering what possible justification the filmmakers could have for her behavior, if an attempt was to be made at all. Yet, I must admit that my anger subsided into a smoldering ember for the run time of White Lie as I was pulled into Katie’s world of desperation.

The pacing of the film is absolutely perfect as the story introduces us to the various participants who either keep Katie’s false front going for a price or are unwittingly enabling the lies to continue with their innocent desire to help a person in need. It’s a credit to Rohl’s performance that we want to go on the journey with her, if only to see what her comeuppance could be. 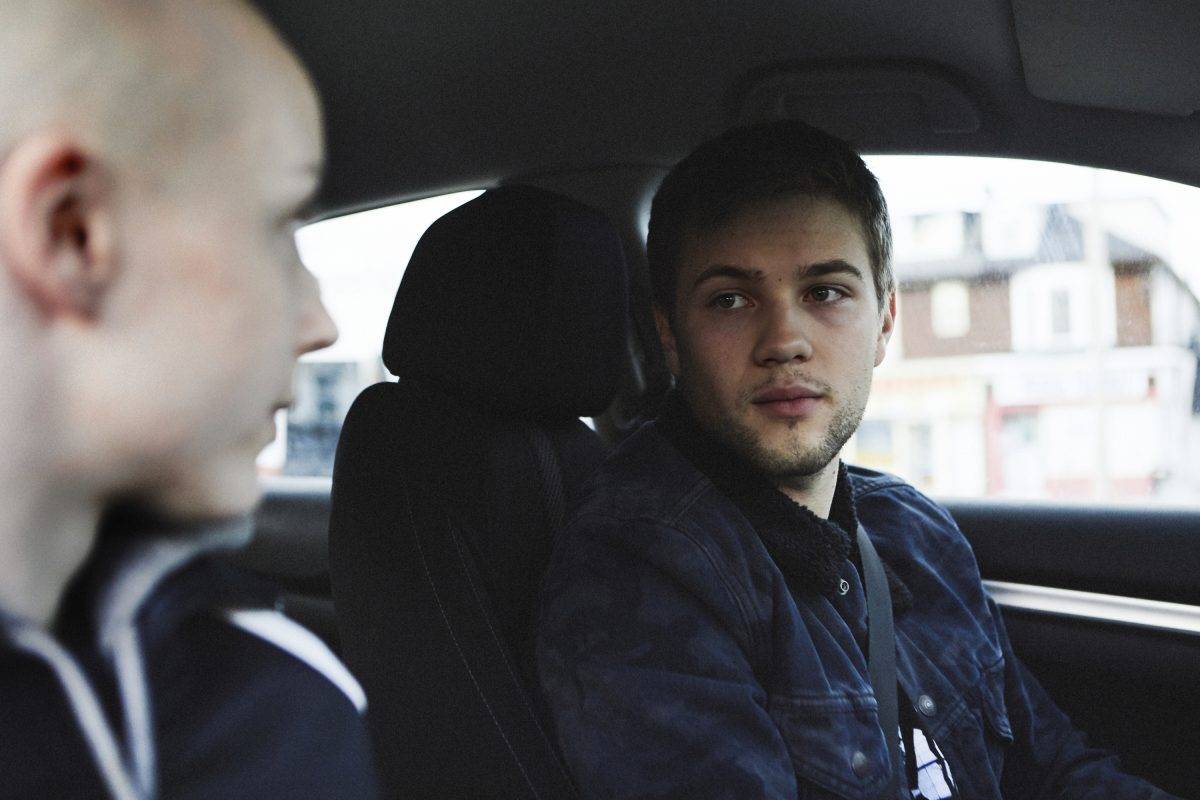 In need of fake prescription medication to keep up appearances, Katie calls upon Owen played by Conner Jessup to supply her with the needed drugs. The two are not exactly friends, but it’s obvious that this is an arrangement that has been in place for some time as the rapport between the characters steps beyond a cold business deal. Even Owen seems manipulated by Katie’s charisma as he is called upon to find a Doctor who will forge medical documents that must accompany a scholarship that Katie is pursuing under false pretenses.

Soon a young physician named Jabari is asked to sacrifice his professional ethics for a price, only agreeing to take the risk to supply his actually terminally ill mother with financial support. The stomach churning irony of the situation should be lost on no one, but the dramatic work of Thomas Olajide as Jabari is masterful as the struggle over the permanent damage to his integrity is conveyed naturally on screen. But selling one’s soul turns out to be more than Katie can afford and thus we are introduced to her father, Doug played by Martin Donovan with a heavy heart any parent can relate to. 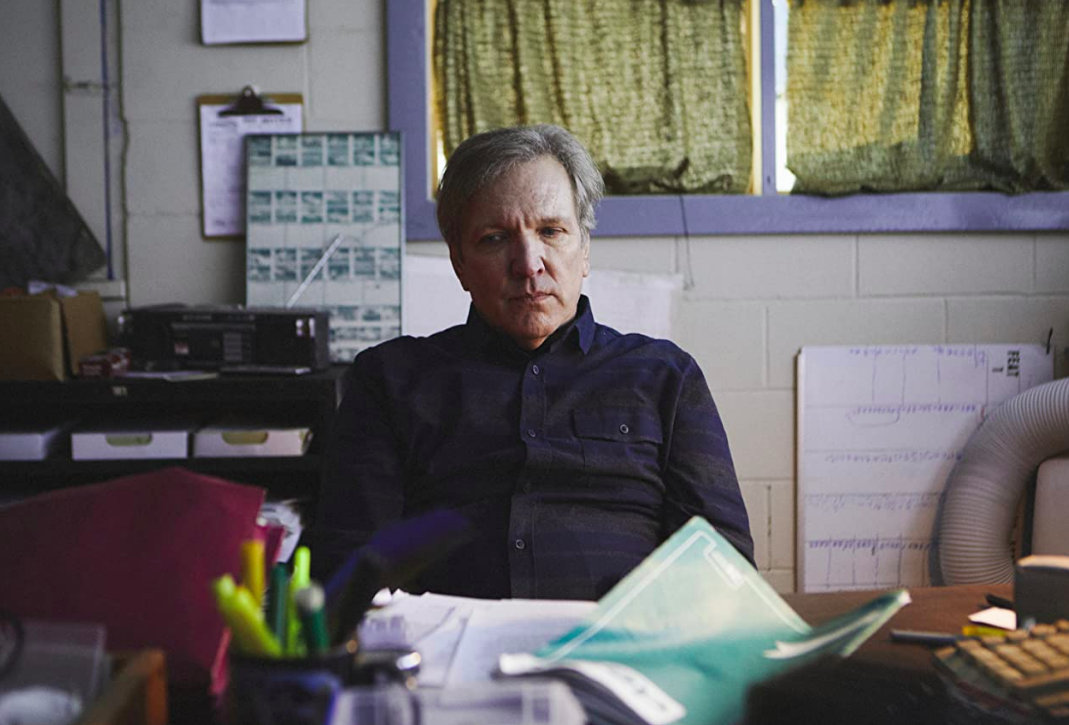 Coming to her father for financial help leads to revelations of past deception and heartache brought on by the suicide of Katie’s mother when she was young. Though other films may have used this as an excuse for the tragic behavior, White Lie wisely sets itself apart by presenting a parent who is not taken in by Katie’s very rehearsed routines meant to turn others to her side. Doug’s plea for Katie to end the lies and her refusal to admit to any wrongdoing sets off major plot points that lead to the truth becoming the nemesis nipping at her heals. 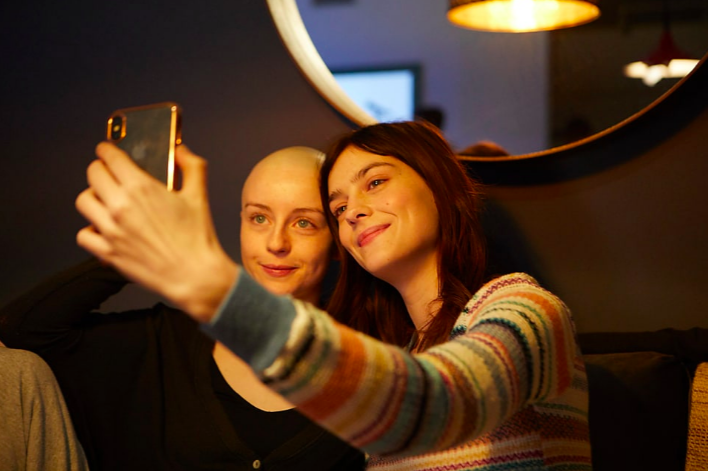 Also in the mix is Katie’s lover, Jennifer who is an unending source of support, though she has doubts about Katie’s stories as the web of lies begins to come apart. Of all the supporting cast, Amber Anderson’s portrayal of Jennifer is the most emotionally effective. She is unknowingly caught up in the scheme, arranging fundraisers through her wealthy family and justifying the inaccuracies in the lies presented to her out of love for a person who is in the end only in love with her bank account. 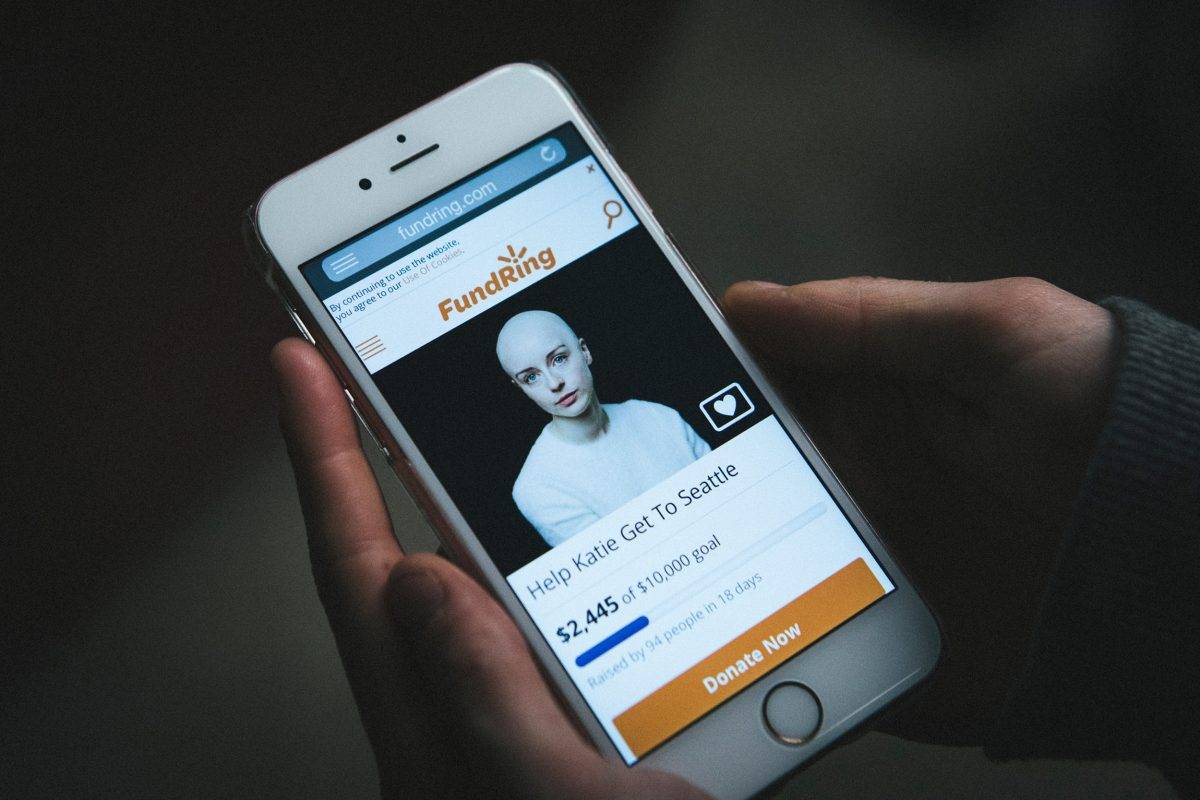 It’s fascinating to see the ruthlessness come out of Katie as pieces of her plan fall apart, soon she doesn’t care whose reputation is damaged as long as her own stays intact. Again, the pacing of the film is superb in ramping up the action as Katie overtly steals essential documents to the disbelief of those who are acting as the gatekeepers. Soon all lifelines are severed and yet somehow the will to maintain the lie opens new avenues and a sad truth about the world takes center stage. 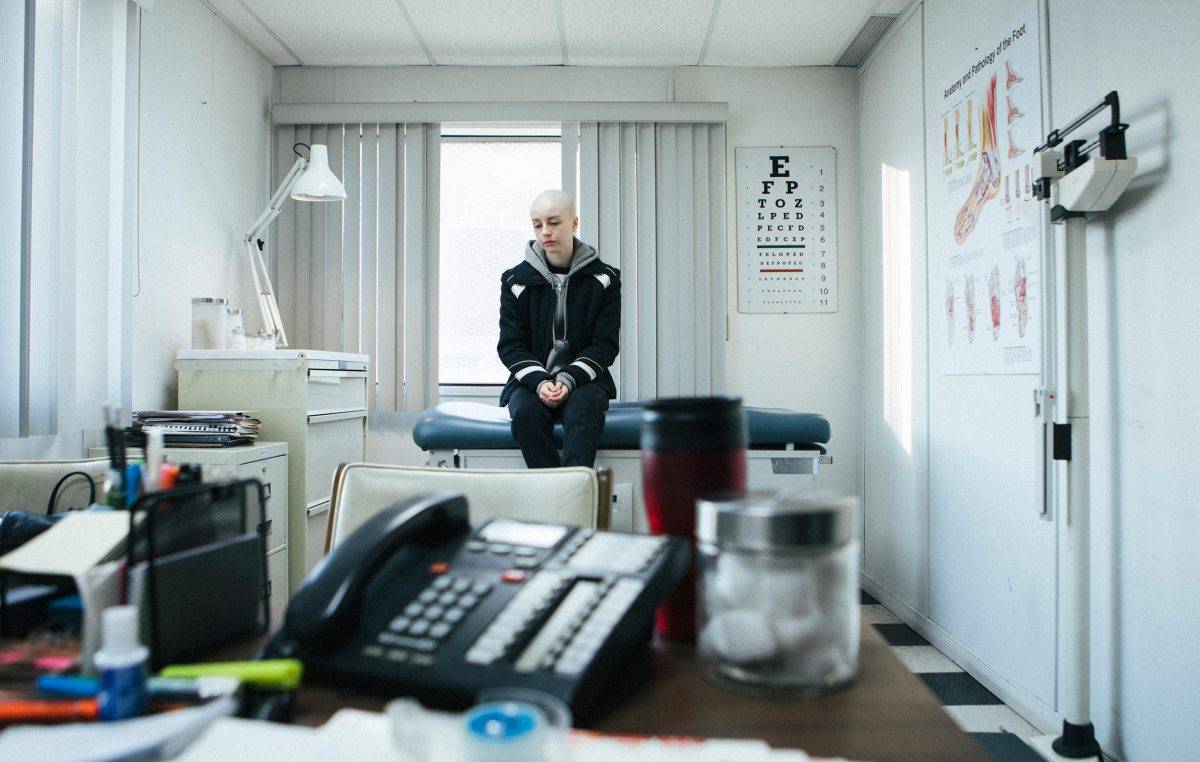 The film is not so juvenile as to provide definitive ending or even a feeling that justice has been served in a satisfying manner, though the closing scene is very effective. Surely White Lie can be interpreted as a commentary on our times, but also a timeless reflection on humanity as a whole. In some ways it is an optimistic film, presenting the good to be found in most human beings that can be exploited by the few callous enough to take advantage of a pure heart. Whatever the takeaway, it’s a film that deserves a lot of attention and discussion.

White Lie is available for pre-order from Rock Salt Releasing on 12/20/2020 and will begin streaming on all major platforms starting on 1/5/2021.