When you first sit down with Vostok Inc, your first thought is likely to be one of confusion. After all, twin stick shooters tend to fall into certain categories. They are either action-orientated fast-paced affairs where you have to try and kill enemies to get the best high score or tactical experiences that see you having to survive waves upon waves of enemies with a variety of weapons and power-ups. This game is neither of those. Instead, it combines bits of both of those along with what is essentially a business simulator. The reward isn’t a high score or having reached a new level but the amount of money you can accumulate.

In that sense, Vostok immediately distinguishes itself from almost any other twin stick shooter you are likely to have played.  The basic premise is deceptively simple. You pilot your ship around the solar system, and later the galaxy, killing enemies and destroying asteroids to collect cash. Then you can use this money to buy buildings on planets that will earn you more money. This process essentially repeats itself endlessly as you upgrade your ship and buy every more expensive buildings to boost your revenue stream. 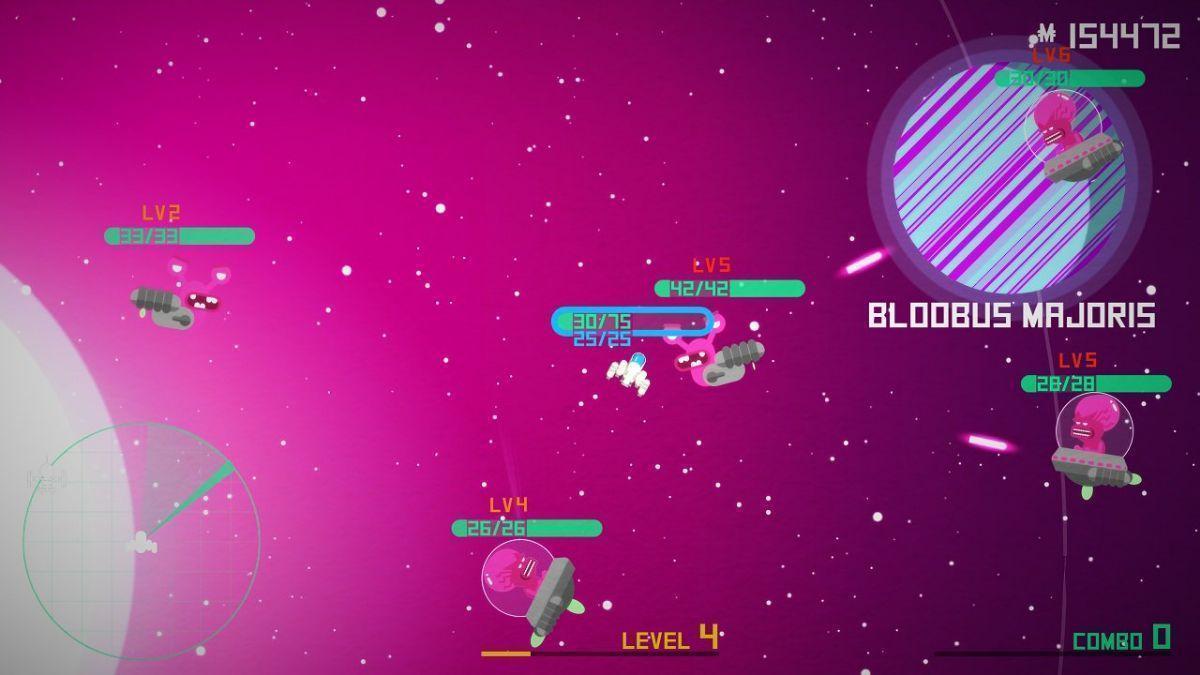 I’m well aware that this might not sound all that exciting but the attraction comes in the detail. Everything is upgradeable in Vostok, whether it is the weapons you are using to kill your attackers or the new mine you have just built on Venus, you can improve it all. Certain improvements mean you can chain together your structures, granting bonuses that stack across the entire planet to boost your earning power. Learning all of this and applying it as you happily buy more and more stuff is incredibly satisfying.

When it comes to the actual gameplay of the title, Vostok isn’t the most impressive twin-stick shooter you’ll ever play. It gets the basics nailed down pretty well but the enemies are not that challenging and even inexperienced players should be able to handle most situations pretty well. However, the combat is still kept exciting thanks to the wide range of enemies and the way you can customize your weapon. By combining different elements together, you can create up to 19 different combos.

Finding your most devastating combination is vital to taking on the various ships and creatures that pose the main threat. Each solar system in the galaxy has its own unique attackers, although they all fall mainly into the same categories with just minor tweaks to how they fight. The main challenge comes from having to balance whether to fight or runaway. With the energy bar serving both the boost and the ship’s shield, it takes quick reactions and careful maneuvering to decide how to tackle each scenario. It’s an interesting way to mix up the action of this type of genre and it works well for the most part. 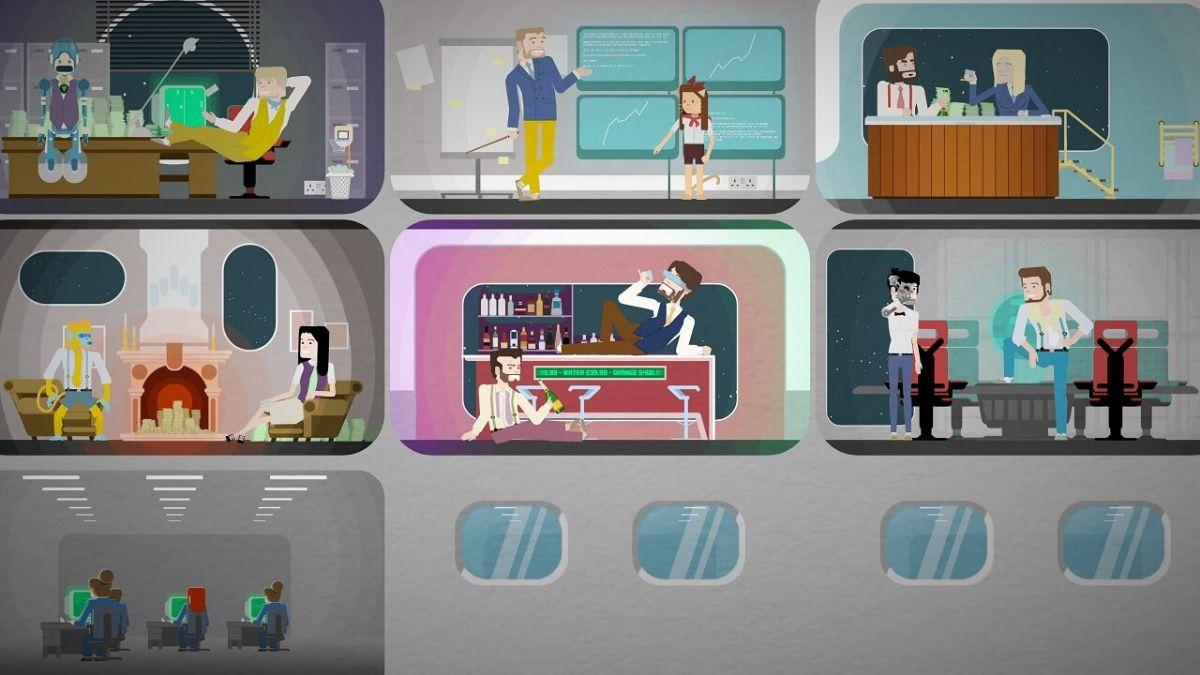 The rest of the time is spent exploring the galaxy. This might be to land on new planets to build even more facilities or finding managers and executives who will help you make the most of your businesses. There is little management to do on a planet by planet basis, as the world’s look after themselves and you can even by automated satellites to collect your money directly. The only change of pace comes when you earn enough to take on each section boss. Beat them and you can move onto the next collection of planets that are ripe to be exploited for your financial gain.

The boss battles themselves are nothing special and yet there is still a great compulsion to carry on. The ticking indicator in the top corner of the screen that counts up your money is completely addictive and it is easy to sink hours into this game at a time as you seek to bring in even more cash. It’s the strange mixture of shooter and clicker that somehow comes together to create a title that you simply want to keep playing. If you get sucked in, then be prepared to spend dozens of hours trying to become the greatest capitalist the universe has ever seen.

In terms of presentation, Vostok does just enough to make the entire experience pleasurable. The delightful visuals are simple but effective. The 2D world that you inhabit is brought to life thanks to  the gorgeous depictions of enemies and even the asteroids have their own charm to them, especially in one particular solar system. The music and sound effects are fine by themselves. Although, after hours of play they do sort of just blend into the background. To be fair, this is the type of game that most people will play while listening to music or a podcast as it doesn’t require any attention to the audio. 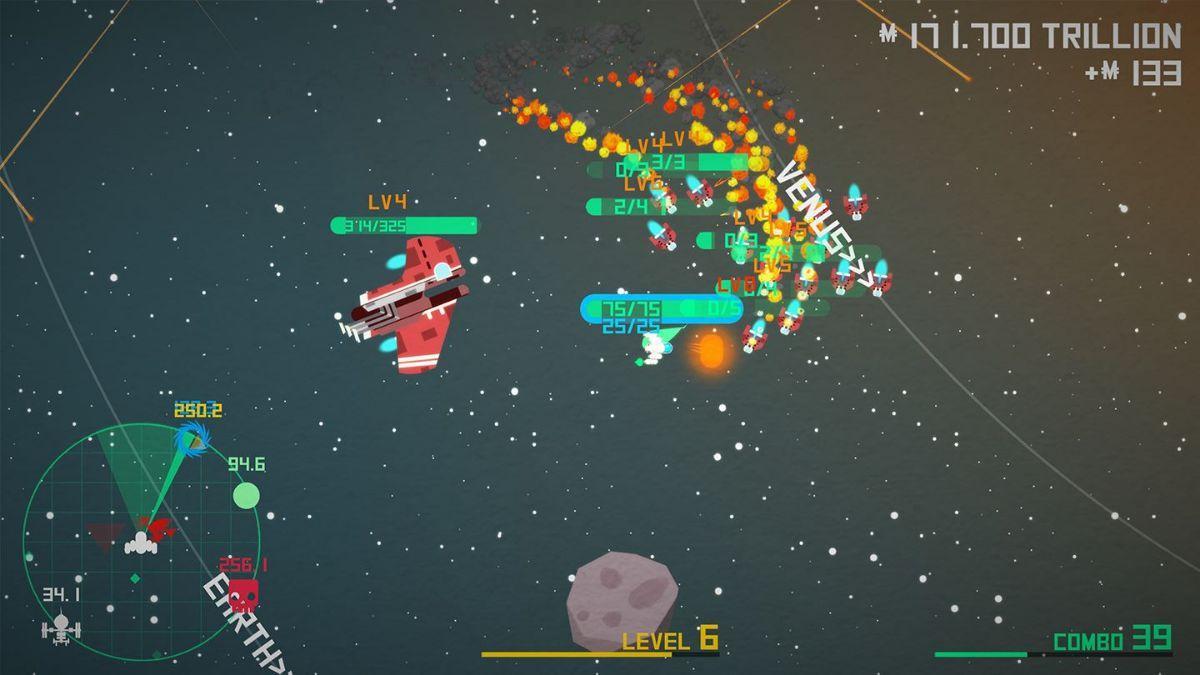 Despite the deeply addictive nature of the game and the fun to be had playing it, there are some major gripes. Jimmy, who acts as a sort of personal assistant to you, gets annoying very fast. He pops up regularly with jokes and puns but these soon wear thin. There’s also a tremendous grind that comes in the later stages as the economy slows down and you cannot make any real progression other than to just plug away at doing the same things over and over again. The user interface is also an issue, with little explanation given on how to go through the menus or how to keep your executives happy.

These problems don’t detract too much from the overall experience though. The developer could easily solve the problem of Jimmy and smooth out the late-game issues. Ultimately, Vostok is an entertaining and highly addictive game that is capable of dragging you in. Before you know it, you could have spent hours playing it without even realizing and, even then, you’ll want to keep going to become ever richer. It is difficult to put a finger on exactly how it manages to pull this effect off so well. The answer most likely lies in the way that the team behind it have managed to successfully blend two very distinct genres together in an unexpected and unique way. 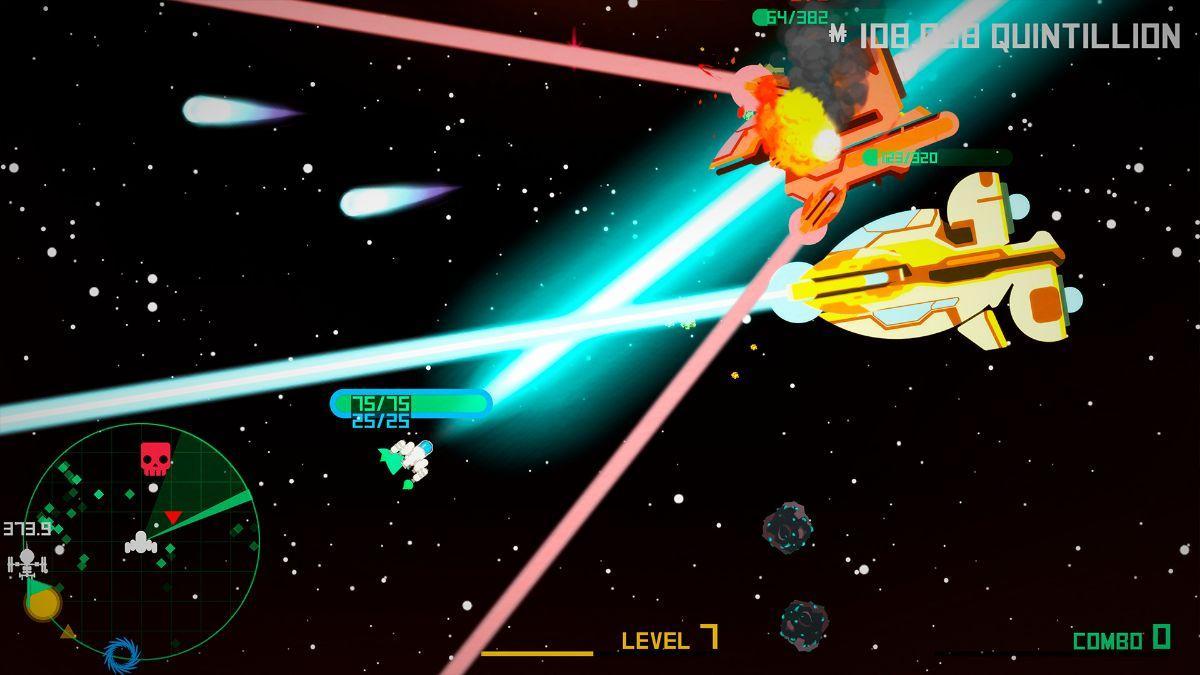 This review is based on a digital copy of the game that was provided by the publisher for review purposes. Vostok Inc is currently available for PlayStation 4 and PC, and is expected to launch for Xbox One on August 2.