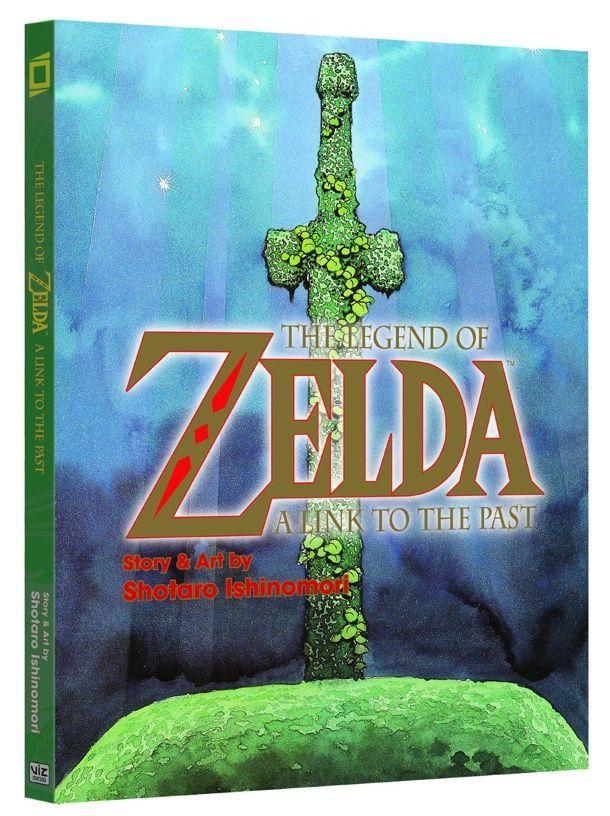 Yes, that Link to the Past comic. For those who aren’t automatically aware which one “that” is, here’s a primer…..

Nintendo Power printed comic adaptions of its games for much of its run. There were cartoons based on StarFox, Super Metroid, an original Mario adventure and more. Link’s go-round was serialized throughout 1993 and based on his most recent game at the time. The comic more or less followed the narrative path of the game, except Link faced off several times against a rival named Relm and a lot of people called him “Whelp.”

Viz has printed Zelda material before, namely translations of manga based on games in the series. They currently sell a box set that includes stories from Ocarina of Time, Oracle of Seasons, and Four Swords Adventures. Nintendo Power’s Zelda comic technically qualifies as manga because it was written and drawn by the legendary Shotaro Ishinomori, creator of Kamen Rider, Cyborg 009 and Goranger. Ishinomori wrote and drew over 700 books and is listed in the Guinness Book of World Records for most complete comic stories created by a single person.

Nintendo collected the comic in trade paperback form, but it’s been a long time since that book was published, and it costs a lot to acquire now. Viz are heroes for rescuing and reprinting this at last, and they should be rewarded with sales upon sales, hint hint. They could perhaps be convinced to reprint more Nintendo Power comics, and we need Super Mario Adventures recollected.

Link to the Past will be available again May 5. You know what to do, whelp.