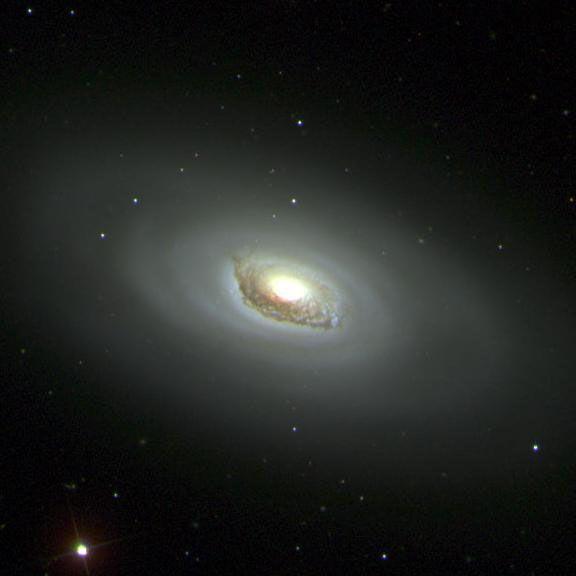 Okay, so don’t freak out, but it’s possible the universe is gradually erasing itself.

That’s the conclusion of cosmologists at the Universities of Portsmouth and Rome, who say that the latest data shows a new possibility for the end of the universe that’s a departure from the Big Crunch, Heat Death and other theories.

Instead, the researchers say, the dark energy in the universe appears to be growing as it interacts with dark matter, slowing the growth of structure in the universe in a process that will eventually leave us with nearly nothing.

“Dark matter provides a framework for structures to grow in the Universe. The galaxies we see are built on that scaffolding and what we are seeing here, in these findings, suggests that dark matter is evaporating, slowing that growth of structure,” said Professor David Wands, Director of Portsmouth’s Institute of Cosmology and Gravitation.

“This study is about the fundamental properties of space-time. On a cosmic scale, this is about our Universe and its fate. If the dark energy is growing and dark matter is evaporating we will end up with a big, empty, boring Universe with almost nothing in it,” Wands added.

The new theory upends the accepted idea of a “cosmological constant,” a constant dark energy throughout spacetime. Wands and his team say that theory is based on old data. They included the latest astronomical surveys when working on the new model.

“Since the late 1990s astronomers have been convinced that something is causing the expansion of our Universe to accelerate. The simplest explanation was that empty space – the vacuum – had an energy density that was a cosmological constant. However there is growing evidence that this simple model cannot explain the full range of astronomical data researchers now have access to; in particular the growth of cosmic structure, galaxies and clusters of galaxies, seems to be slower than expected,” Wands said.