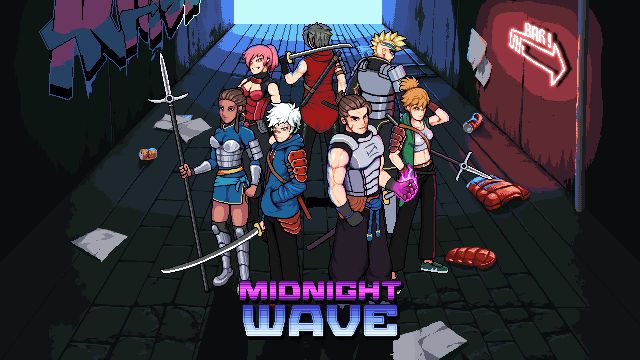 Gameplay is mainly an overhead tactical RPG affair, but when two enemy units move in close proximity, the game changes into a platforming brawler as the characters face off one-on-one! You’ll need to bring sharp reflexes as well as your brain.

Midnight Wave was born from what-ifs,” comments lead developer Andrew Walthall. “What if we mashed up gameplay from classics like Fire Emblem and Super Smash Bros.? What if we added in narrative choices from games like Mass Effect? We took those what-ifs and ran with them, and now we’re creating an RPG like no other! Midnight Wave is easily the most ambitious project any of us have worked on.”

Support Midnight Wave by heading to this page. You can guarantee a digital copy of the game for just $15. Higher tiers get you things like the soundtrack, beta access, exclusive items and even a chance to design a part of the game.

Biomutant Will Have Two Collector’s Editions

Collector Resurrects What May Be The Rarest Nintendo Game Of All

Warface Sunrise Update Out Now On PS4 And Xbox One