The Team Is Back In Leverage: Redemption July 9

Last year we were blindsided with the news that Leverage, one of the most fun shows to ever be run endlessly on TNT, is back in business. An announced sixth season has turned into a relaunch of the series called Leverage: Redemption, and it’s almost ready. Eight episodes will debut on a weekly basis this summer.

Leverage is technically a procedural show where most episodes are the same, but it has one of the best formulas ever, so we don’t care. A team of former criminals are hired for a private organization that serves a Robin Hood purpose. They use their skills to pull con jobs on the rich and powerful, dispensing justice for the poor and powerless. They are: Sophie the grifter (Gina Bellman), Eliot the hitter (Christian Kane), Hardison the hacker (Aldis Hodge), and the series’ standout character, Parker the master thief (Beth Riesgraf).

The team used to have a leader in the form of Timothy Hutton’s character, but for various reasons he will not be returning anytime soon. And in the eight years since the team disbanded, the powerful jerks of the world have only gotten more powerful and jerk-ier. They’re gonna need help! Enter Hardison’s little sister, genius of robotics Breanna (Aleyse Shannon). Also coming onboard, though rather reluctantly, is former corporate lawyer Harry Wilson, the “Fixer” (Noah Wyle, who’s been in everything the Leverage production crew has ever made).

Leverage: Redemption begins streaming July 9…but you may not know where to find it at first, since it’s on IMDBtv, and yes, IMDB has a streaming service…sort of. It’s technically part of Amazon Prime Video, but it’s a portion that’s free and ad-supported, so you do not need a Prime subscription to watch the show. All episodes from the original Leverage are there too. 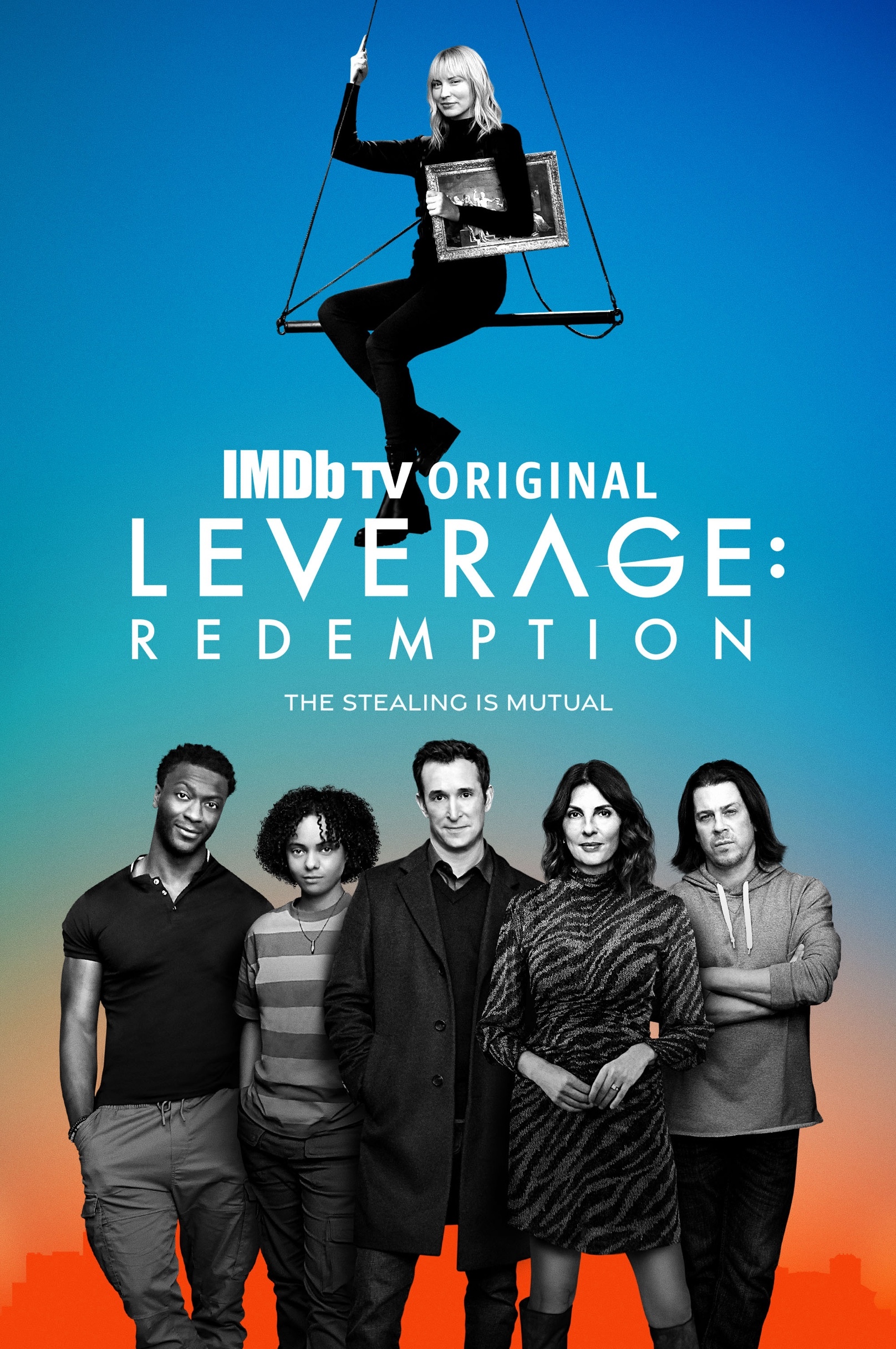 When Demon Slayer: Mugen Train opened in theaters last April, no one

Adapting anime to live-action usually doesn’t go very well, and when the