Tease Suggests Jetpacks Could Be Coming To Fornite

It looks as though jetpacks are about to be added to Fornite. Although Epic has yet to officially reveal the addition of the personal vehicle, a recent update did tease them. Reddit user xCosmit even managed to grab a quick screenshot of the item which is listed as “coming soon” as many people will likely have quickly closed the pop-up to begin playing. 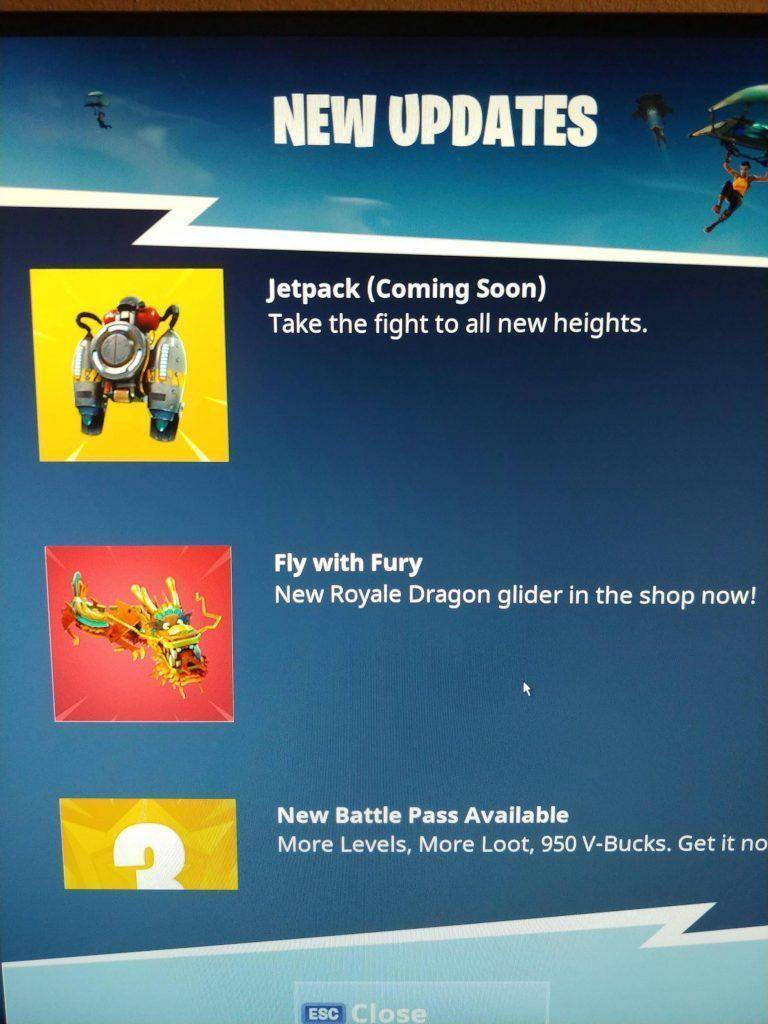 What isn’t clear from the image is whether the jetpack will actually act as a way for people to get around the map more quickly or will merely be a cosmetic item like many of the other recent additions to the title. It could significantly change some aspects of gameplay as Fortnite currently has no vehicles.

We feel sorry for any Fortnite fan who took a hike into the mountains today with no Internet connections, and returned this evening to find the whole world topsy-turvy. Sit down and let us tell the tale, it’s been a wild last few hours. This morning, Epic Games surprised everyone

Nearly two years. That’s how long Game of Thrones fans have had to wait for any real word from the series. The drought is at last over, and the gang is here (and so is winter). HBO confirmed today Game of Thrones’ final season begins April 14. There’s more! The

Microsoft’s XBox and Nintendo’s Switch allow third-party games to engage in multiplayer with those using rival consoles, as well as the PC. Until a few hours ago, Sony did not. The issue had caused some grief before, but it didn’t come to a head until Fortnite began appearing on home