Ambitious, disturbing, sincere and thought provoking are only a few of the words to describe Strange Nature, an unexpected gem of a film from writer-director, James Ojala. The assigned genre of “ecological thriller” is an apt description for this unique movie experience that stands apart from any other independent production you’ll see this year. 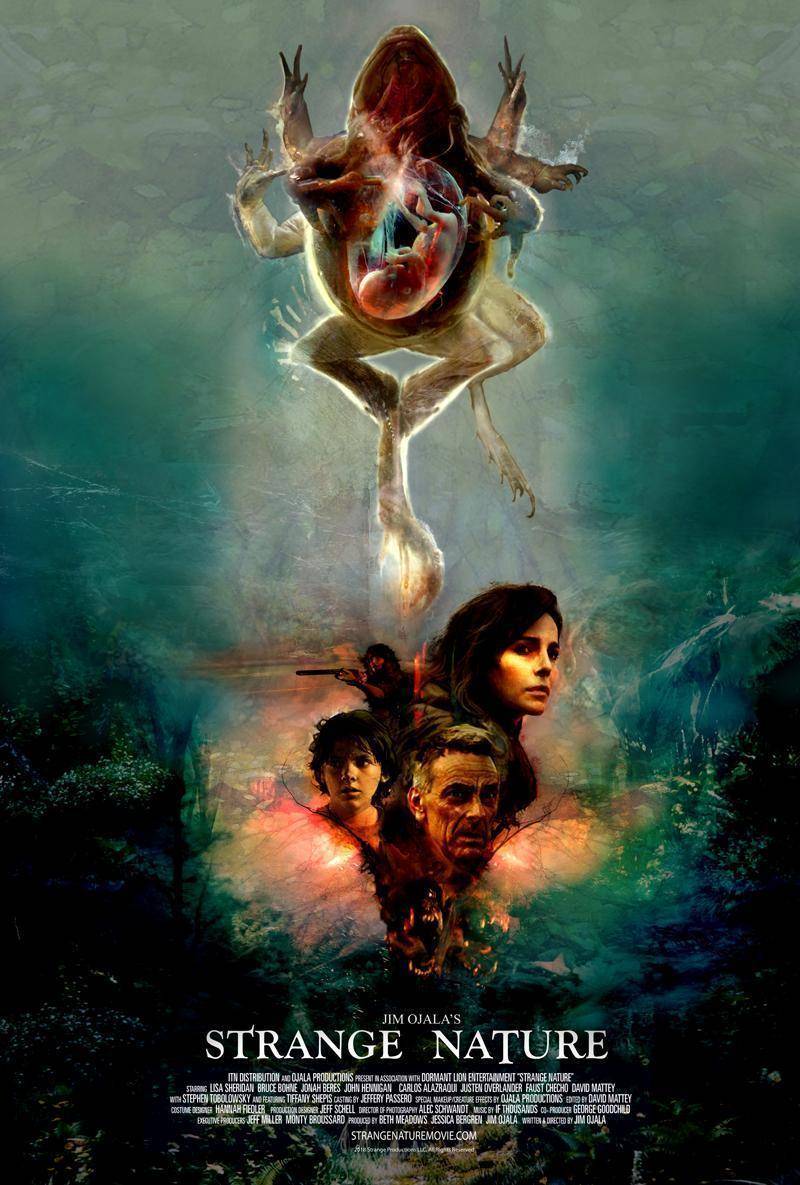 It has been quite a while since a film I was assigned to review created an emotional response like Strange Nature got out of me. I’ve admired a premise, cringed from horrific violence and chuckled at some extreme nonsense, but to fight back tears based on legitimately well acted human relationships is a rarity for which I cannot contain my praise. Kudos to Mr. Ojala, his cast and crew on their fine work.

These may seem like lofty expectations to set in front of potential viewers, especially when the plot of the film can be described in its most base form as contaminated water creates mutants in a small town, but the nuance with which the tale is delivered, elevates it beyond your run of the mill killer creatures flick while paying homage to some of the greats in horror and suspense.

One of the more original parts of the story is the troubled past of our protagonist, Kim, played with humor and sincerity by Lisa Sheridan. It’s revealed that Kim had a brief career as a pop star in her teenage years that took her from small town Minnesota to the big city, but a scandal caused her star to fall and she’s been picking up the pieces ever since. Kim’s return to her hometown to visit her sick father is met with bitterness, scorn and distrust by the folks she grew up with.

Perhaps it’s Kim’s underdog status that endears us to the her all the more as we meet her charming old coot father, Chuck, played with a twinkle in his eye by Bruce Bohne and her son, Brody given a natural bit of mirth by Jonah Beres. Ojalas dialogue never seems forced or expository, allowing the family relationship to play out as a balanced mix of drama and natural comedic beats that set a great baseline for the trouble to come.

When a group of mutated frogs with extra legs are found on the edge of the lake near Chuck’s home, it’s sets off a personal investigation by Kim to uncover a dark secret that no one in the town wants to acknowledge.

Ojala wisely takes this opportunity to explore not only the origins of the mutations, but the prejudice in the town against a father and daughter who have genetic facial deformities. David Mattey and Chalet Lizette Brannan give a wonderfully tragic performance as the gentle, but ostracized pair who find themselves the victims of fear and scorn from the small-minded neighbors.

The leader of the antagonizers is the local yokel, Sam, played by John Hennigan. This villainous portrayal is quite a change from his knight in shining armor role for a horror film I recently reviewed called Minutes To Midnight. Flanked by his lackeys Greg (Carlos Alazraqui of Reno 911 fame) and Larry (Justen Overlander) Hennigan’s character is reprehensible, publically taunting not only the disfigured father, but his innocent, young daughter and spewing forth rumors that they may have purposely spread their condition to the increasing number of mutated animals being found in the area.

Ojala masterfully injects humor between the more tense scenes, to relieve the audience and set us up for more upsetting imagery to come. One source of the comedy is veteran character actor, Stephen Tobolowsky, who attacks his role as the intentionally oblivious town Mayor with all the gusto as you would expect from a big budget studio film. One running gag about spoiled salmon that plays out as Kim attempts to present her photographic evidence of the contamination to the Mayor over lunch is particularly hilarious. But the laughs soon give way to horror.

As much praise as I give to the totally committed performances of the cast, just as much attention should be focused on the fantastic effects work done to realize the mutant creatures on screen. I won’t spoil the surprise as to the circumstances under which the contamination presents itself, but the practical puppet work here is very reminiscent of Rob Botin’s horrific creations for John Carpenter’s The Thing. There’s one attacking monster in the film’s climax that deserves it’s own cover of Fangoria.

Strange Nature is not a film that relies on jump scares or gore to get a reaction from it’s audience. While their are frightening biological horrors to unsettle the viewer, it is not these moments that will leave their mark. Taking a page from the best work of Guillermo Del Toro, it is human beings that are the true monsters. The reaction of one character to a mutation arriving in his home is absolutely heartbreaking, showing just how depraved the situation has made them. This along with what could have been a sappy, predictable hospital death scene were the moments that brought a lump to my throat. 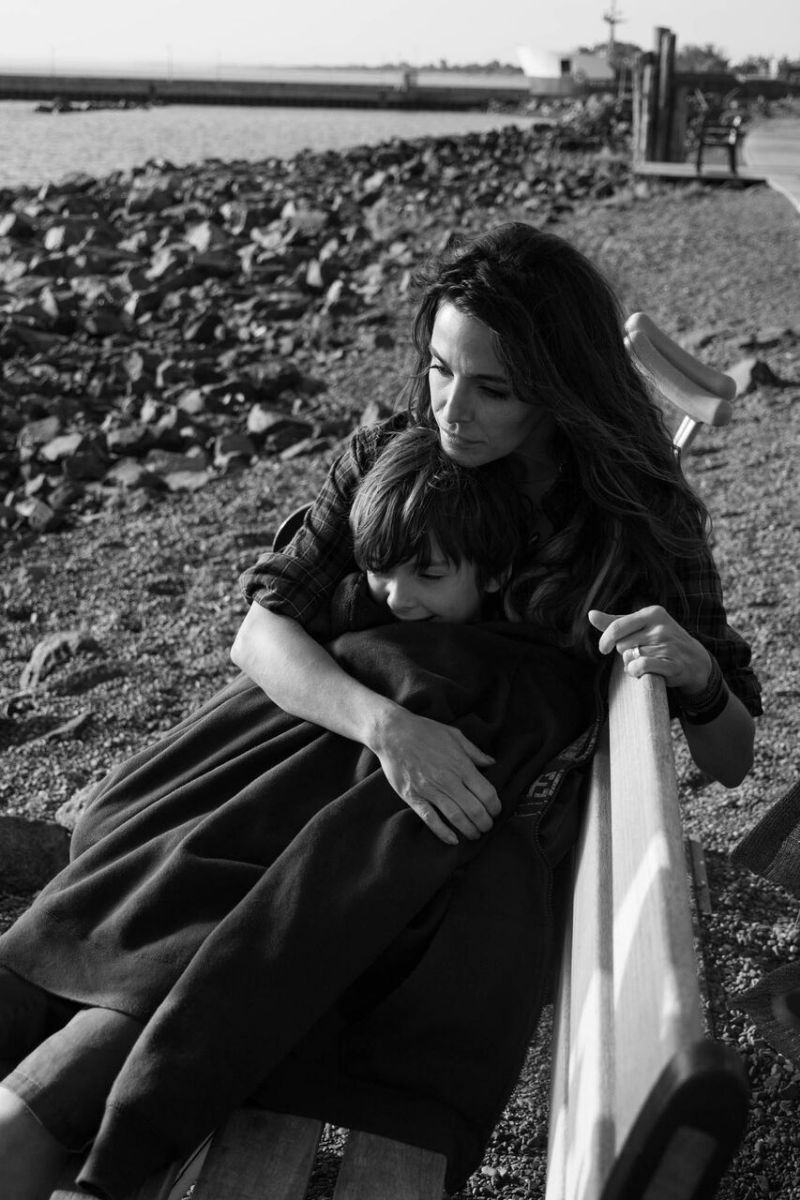 There are moral discussions to be had after viewing Strange Nature, which is not a claim that most thrillers can make. The opening title sequence using real news footage tells us that the film is based on true events and though the results were surely not this extreme, it brings the message of not giving into fear of those who are different than us, that much closer to home.

Once again, Ojala deserves credit for creating an even tone throughout the film with strong dialogue and believable performances from the cast that takes the audience on an emotional ride they may not be prepared for or comfortable with.

You should see Strange Nature.

The film is opening in Los Angeles on September 22 with more cities across the nation to follow. So seek it out and discover the terror of Strange Nature.

If you’re a fan of animation, then you know the names of voice actors Tara Strong, Carlos Alazraqui and Maurice LaMarche. Well, imagine if they had to band together one day to fight a horde of zombies. (This is the best hook for a horror movie I’ve read in months.)

Carlos Alazraqui is as versatile an actor as you can find, though he is not often seen as heard, lending his flexible vocal chords to hundreds of cartoon roles over the years. Children of the 90’s know him as the voice of Australian Wallaby, Rocko, but when they grew into

The clock is ticking down to frightful fun in Minutes To Midnight, the gruesome new horror film from director, Chris Ray. A charismatic cast of soon to be corpses and some startlingly lethal killers will have you toasting to violence as the bell tolls and credits roll. Starting with the