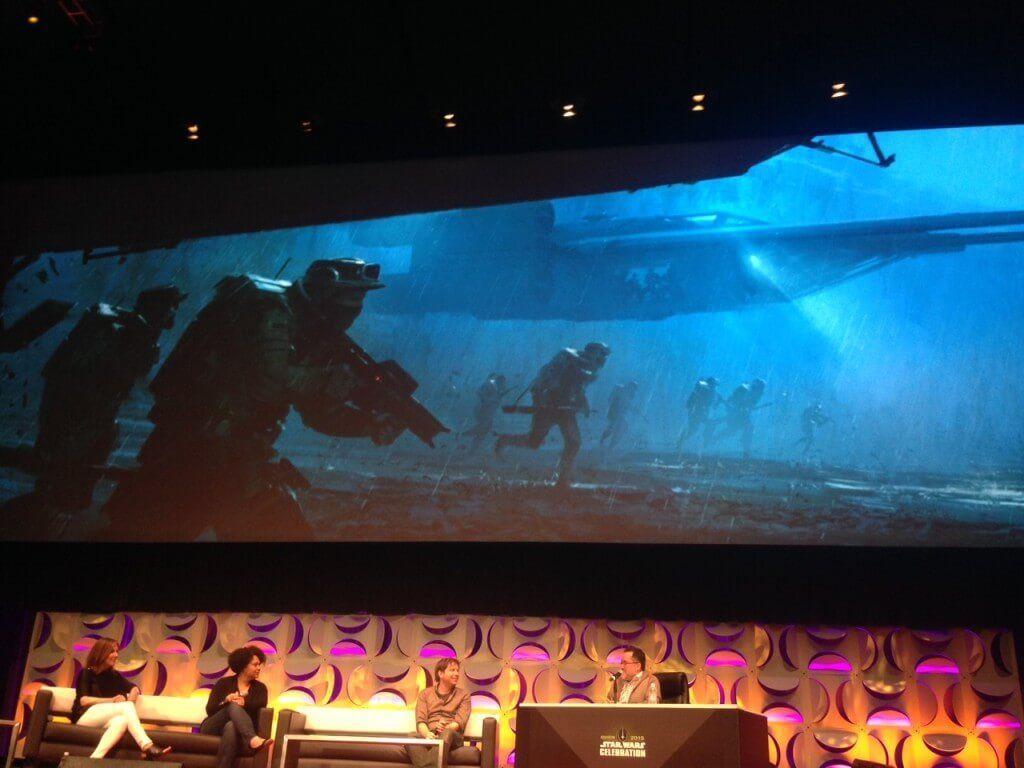 Rumors were all over the place, from origin stories to key characters (that we didn’t see in the previous two trilogies), some had the spinoffs being about other stories in the “new” Star Wars universe, such as an Ocean’s Eleven style movie featuring bounty hunters like Boba Fett. But then came word that the first movie would be called “Rogue One”, which is a name many Star Wars fans remember as it’s the title of pilots for the Rebel Alliance. Not much else was given about the movie…until now.

The Star Wars Celebration gave a very special look at the upcoming Rogue One, and detailed what it would be about. In a surprise move, the film will actually take place between Revenge of the Sith and A New Hope, chronicling how the members of Rogue One got the plans to the Death Star so that it could be destroyed.

“It comes down to a group who don’t have magical powers, who somehow have to bring hope to the galaxy,” said director Gareth Edwards.

Very poignant, as this would be the time where there are no Jedi to help them along, this is all on the backs of the Rebels.

Edwards also noted that Rogue One will be a more “realistic” movie, aiming for something that’ll compliment his crew, who have worked on Black Hawk Down, Saving Private Ryan, and Zero Dark Thirty.

Hopefully we’ll get more info as development of Star Wars: Rogue One continues.