Who lives in a pineapple under your butt? Spongebob Squarepants, when you pocket your phone around. He’s the star of a new mobile game from Tilting Point and Nukebox Studios, Krusty Cook-Off — essentially a remake of their hit Food Truck Chef. Krusty Cook-Off takes the mechanics of that game and transfers them to the fry grill at the Krusty Krab.

As the yellow sponge of legend, your task is to flip patties and serve orders as quickly as possible. Other Spongebob characters appear as your customers and you’ll be competing against other players of Krusty Cook-Off for the fastest time and best score. You’ll also have the ability to wander outside the Krusty Krab and explore Bikini Bottom, discovering items to jazz up your kitchen when you return.

And now there’s more to see and do: Krusty Cook-Off has added a new themed area to the sea, New Kelp City. Once there, you can visit Last Chance Coffee and chat with metropolis heroes like Mermaid Man (Barnacle Boy isn’t mentioned for some reason). You can also help your favorite characters unlock their super powers and earn new comic book inspired costumes.

Spongebob: Krusty Cook-Off is available now for iOS and Android. 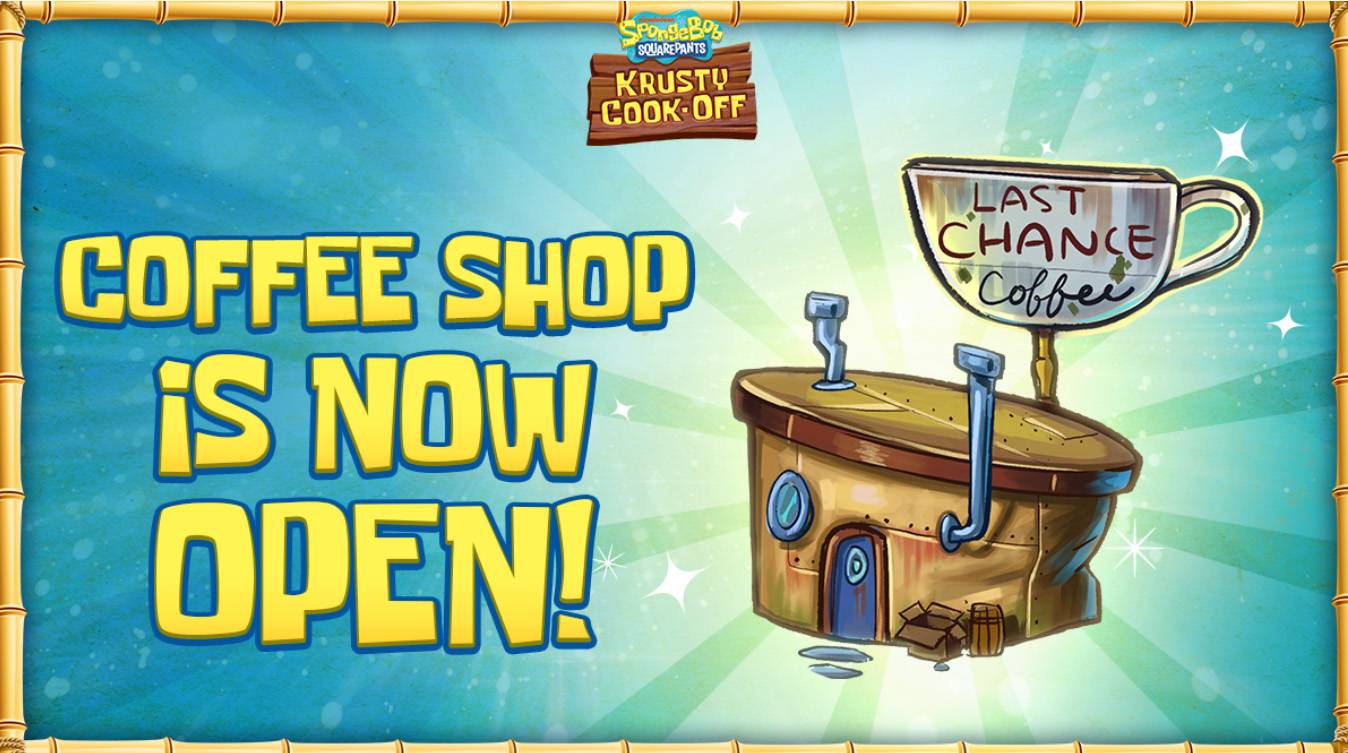 In SpongeBob: Krusty Cook-Off, players experience fun and fast-paced cooking gameplay as they interact with Mr. Krabs, Patrick, Squidward, Sandy and many other familiar faces. Fans can visit their favorite SpongeBob landmarks like the Krusty Krab and Sandy’s Treedome, design their own versions of Bikini Bottom restaurants and cook up grub across hundreds of levels on their journey to be the best fry cook under the sea!