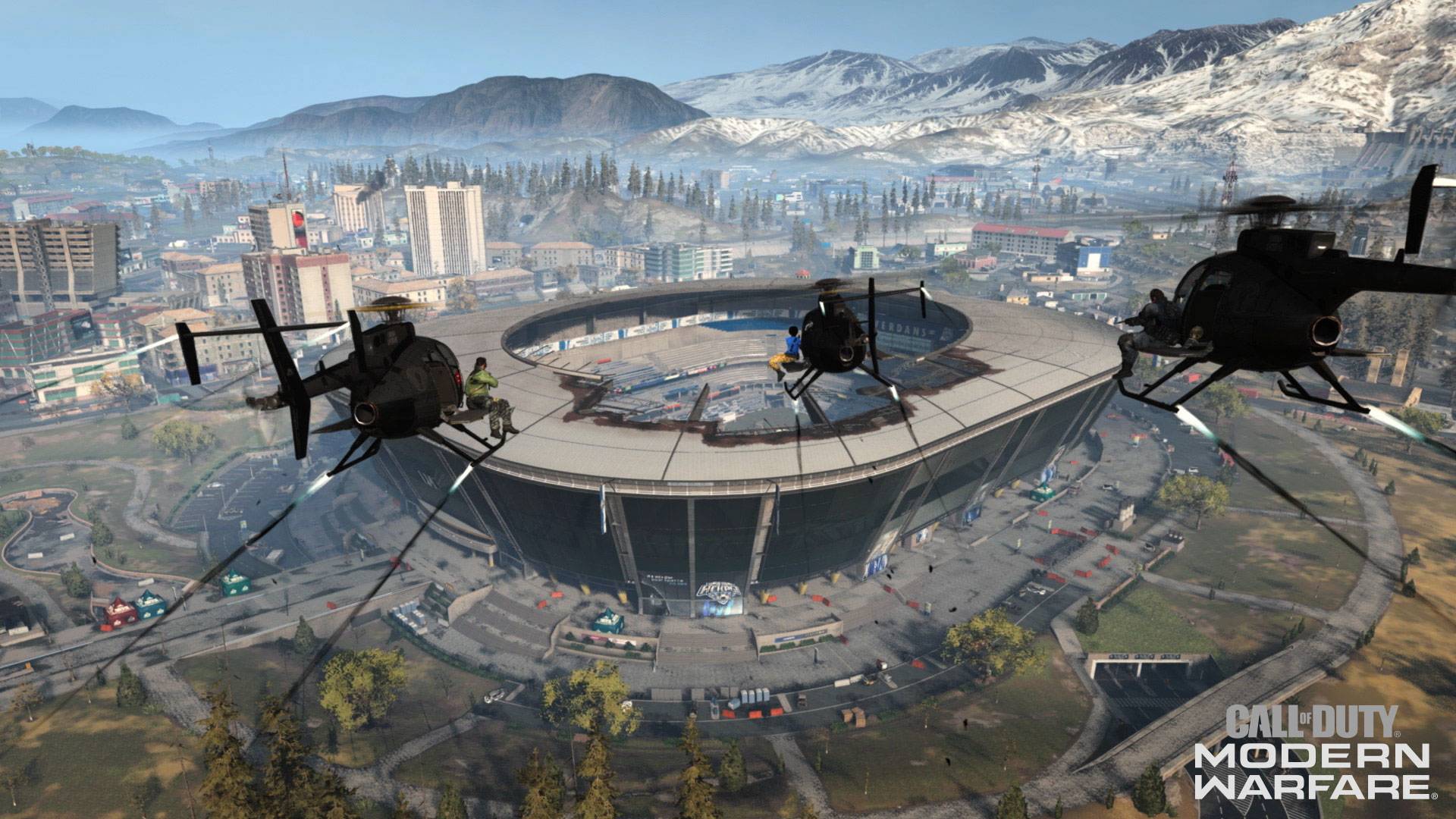 We should be getting some big info about the next Call of Duty pretty soon, but there’s plenty going on in Warzone / Modern Warfare to talk about. Season Five launched on August 5, in all versions of the game.

Two new areas are now open in Warzone: you can battle in a moving freight train that runs in a loop around the area, or within Verdansk Stadium. Yup, the stadium is now open and it makes for a massive battle map, with eighteen points of interest marked by Activision on this page.

The Gulag in Warzone has received an update…you can expect a greater assortment of weapons now, as the old system of one set being randomly available has been changed. Now the weapons rotate between four sets, which change on a weekly basis.

In Modern Warfare, there are two new multiplayer maps to romp in: Petrov Oil Rig and Suldal Harbor, and a new Ground War map set around the Verdansk Airport. In terms of weapons, look for the the AN-94 assault rifle and the ISO SMG.

In addition, starting today and running through next Monday, you can unlock cosmetics and earn XP by not playing the game at all. “What?” you might exclaim….what’s going on is a partnership with Twitch. Watch a streamer play Warzone or Modern Warfare for a set period of time, and Activision will give you small rewards like these:

The best part is that if you choose to mute the video and leave the window open while you do something else, no one will know. So…free stuff for nothing!

Call of Duty: Warzone is available now for Playstation 4, XBox One and PC.

Resident Evil 7 Is Coming To Switch….In A Weird Way

Bloodstained Returns With Curse Of The Moon 2