Famous Monsters is now back in the horror comic business with their American Gothic imprint, putting out chilling titles like Killbox, Broken Moon, Monster World, The Hag, and now Black Sunday.

Nothing indicates the comic is a period piece, but it strongly suggests the Dust Bowl. That was a period when a drought in the Midwest ravaged crops and loosened soil, creating massive dust storms…combined with the Depression, it was one of the worst times in history to be a farmer. Young Charlie and his family are having to contend with dust storms, financial insolvency and the scarcity of water.

But there may be an even bigger problem…when Charlie and his father fetch water from the abandoned neighboring farm, Charlie senses something…off about the well. Nothing is immediately apparent, visually, but as he sleeps that night, he can’t shake his feelings….

Here are the first six pages from the about-to-be-released second issue of Black Sunday, along with the cover. 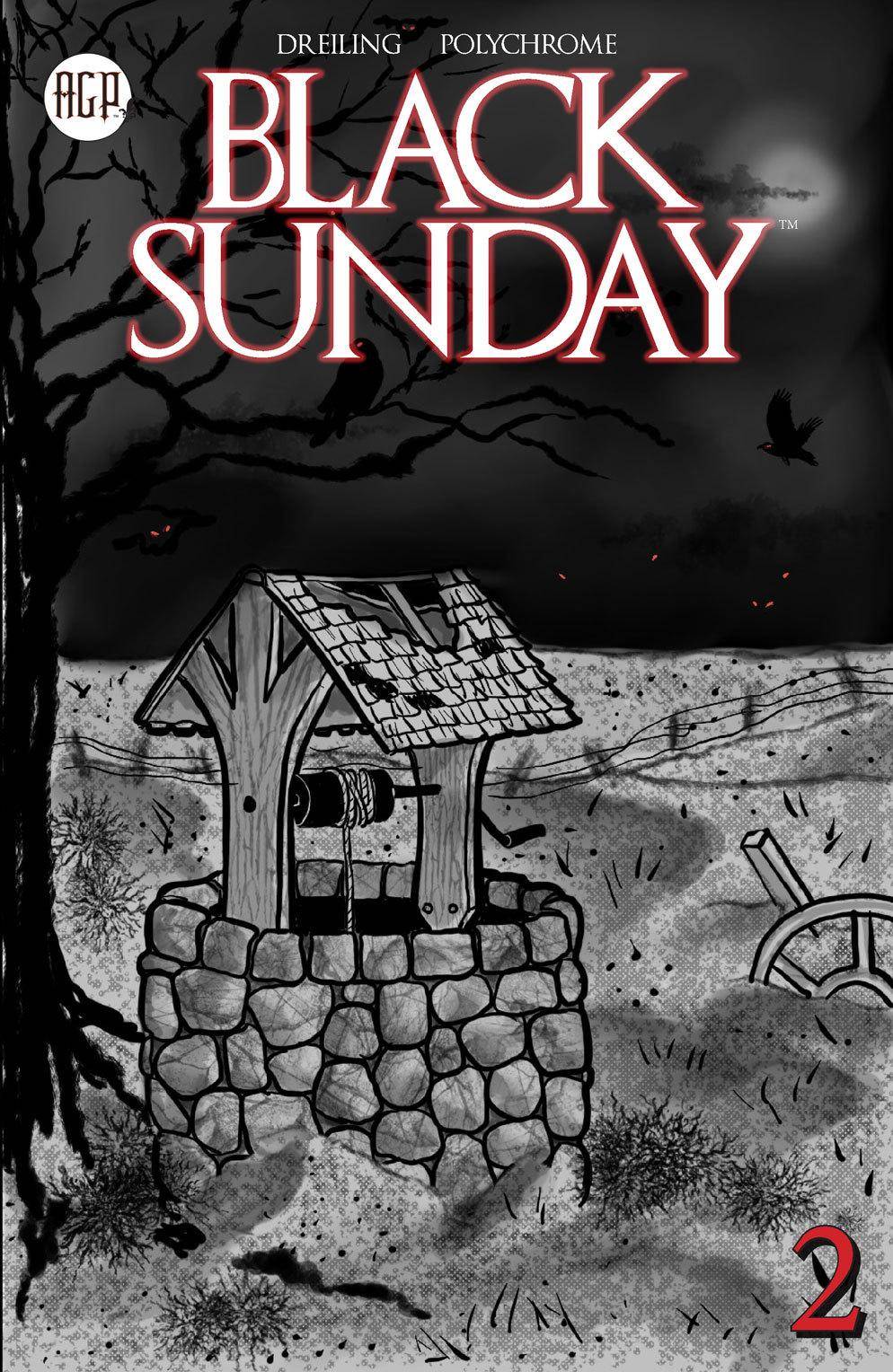 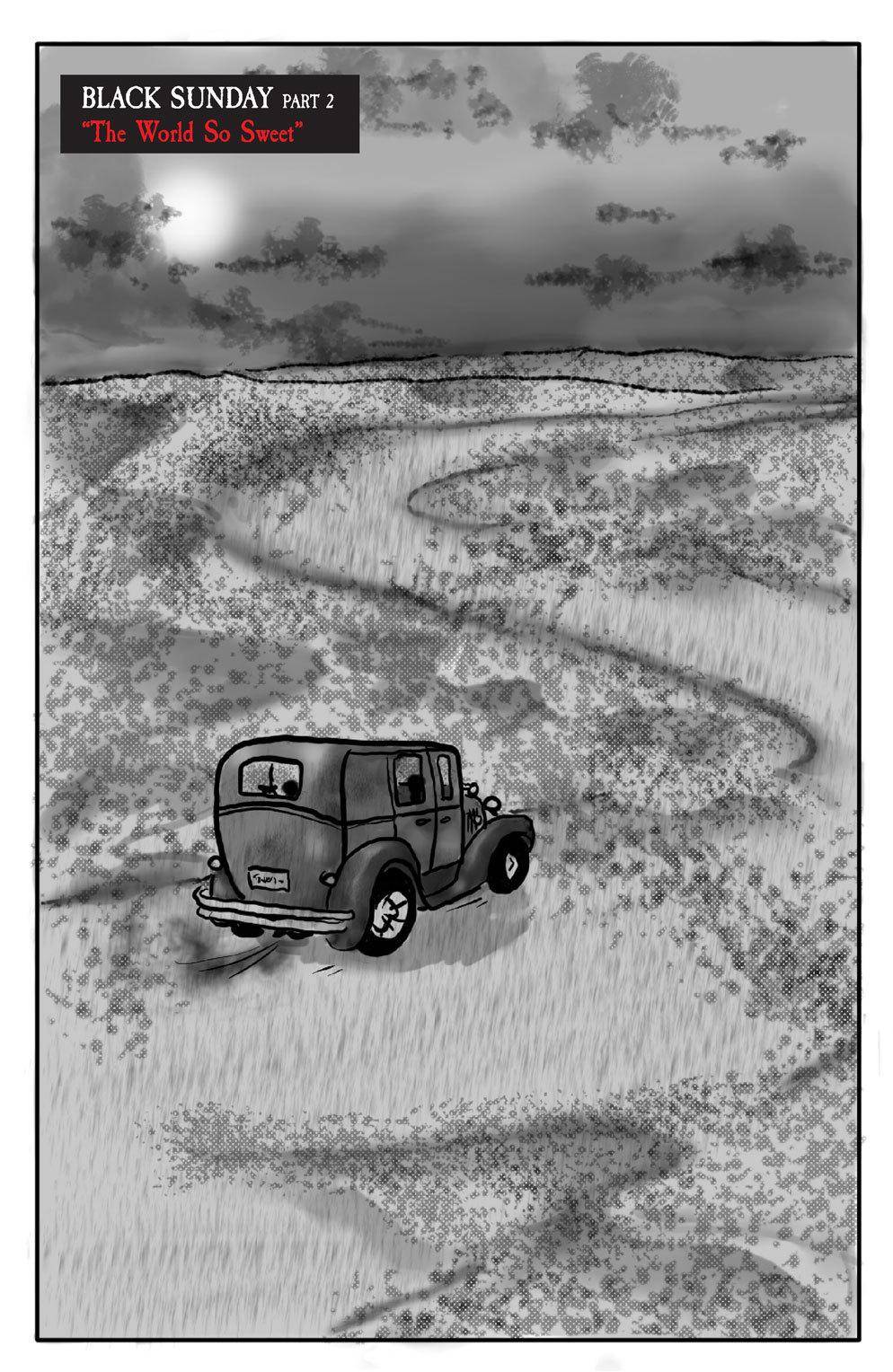 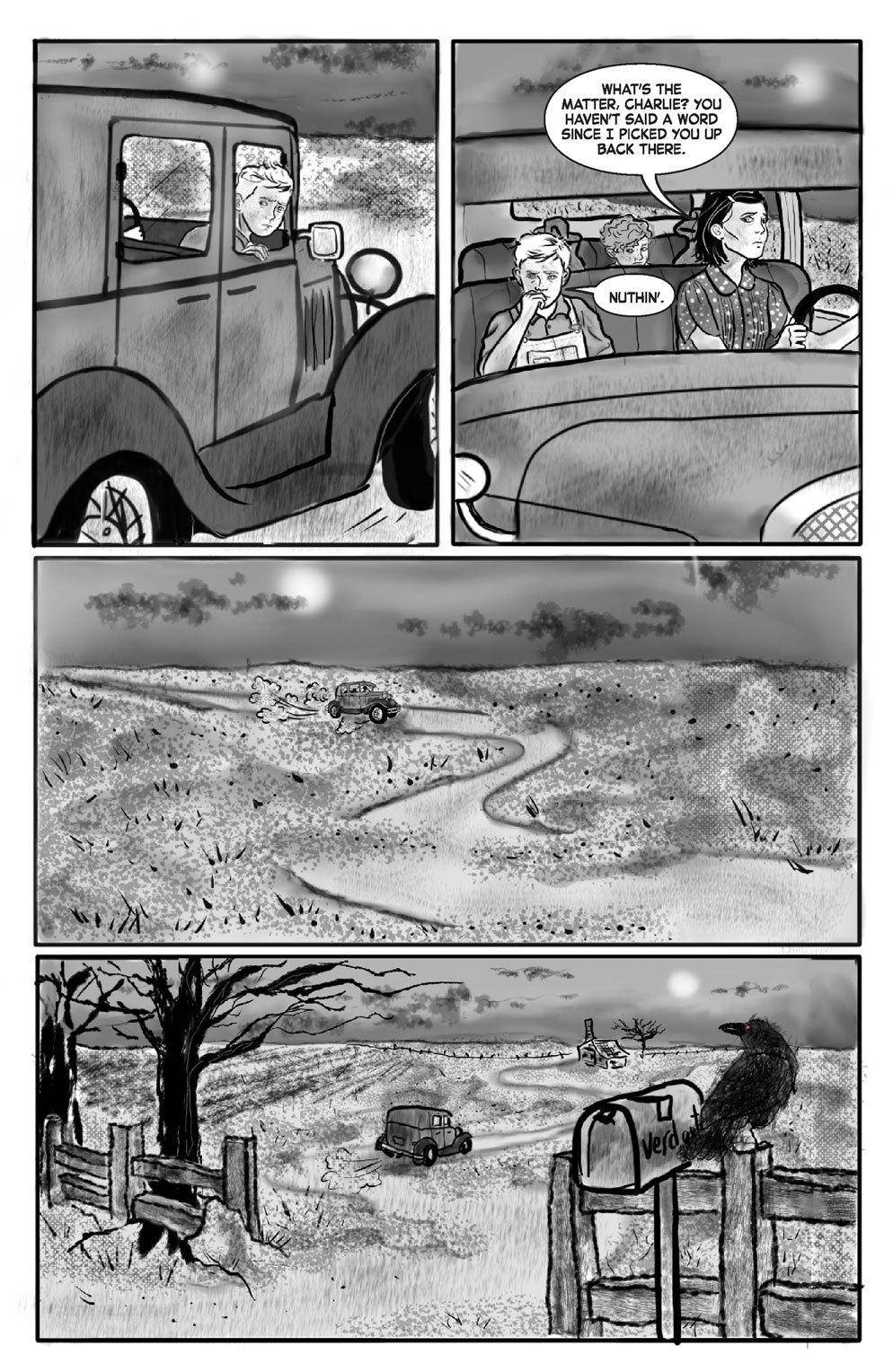 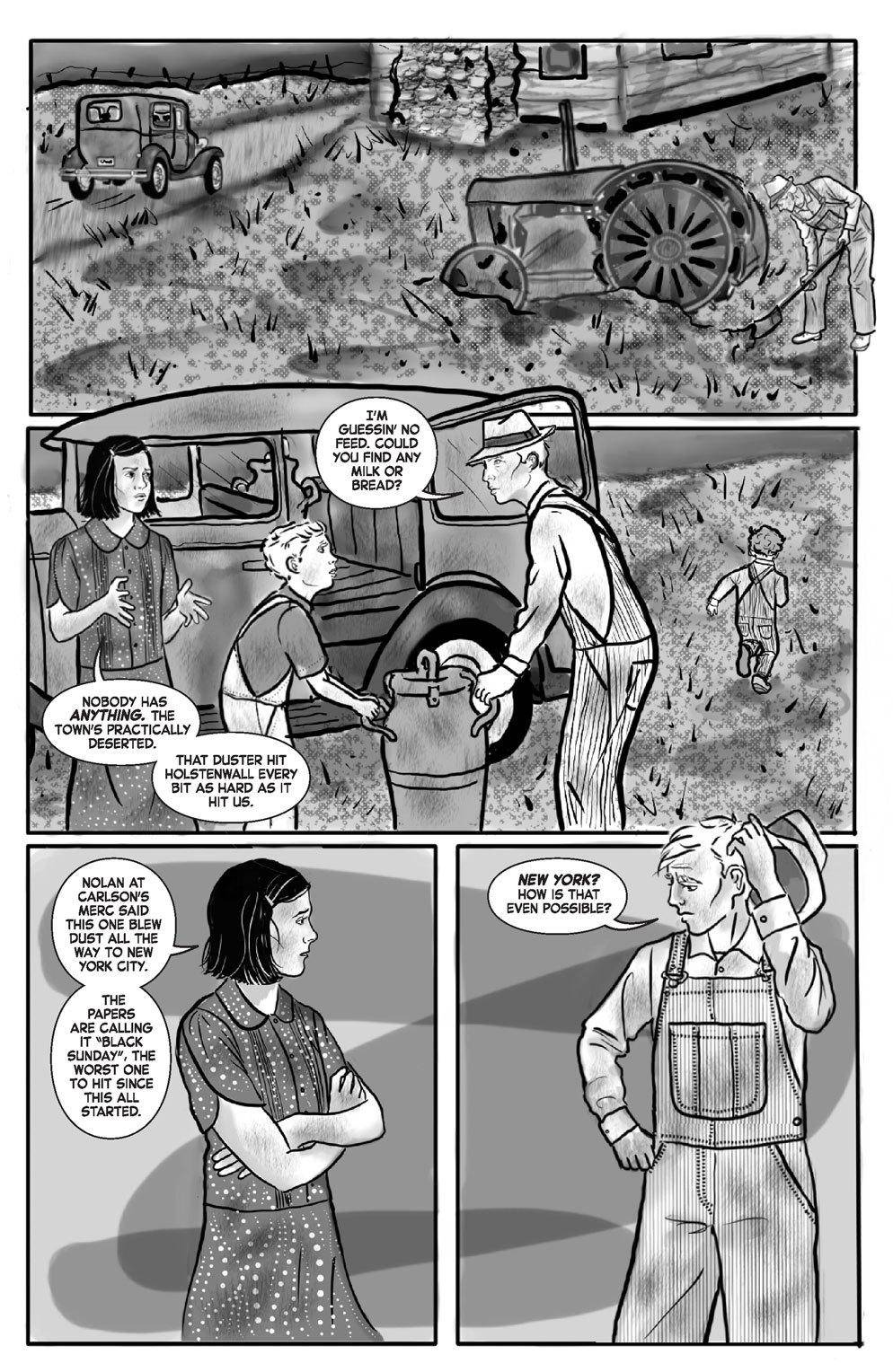 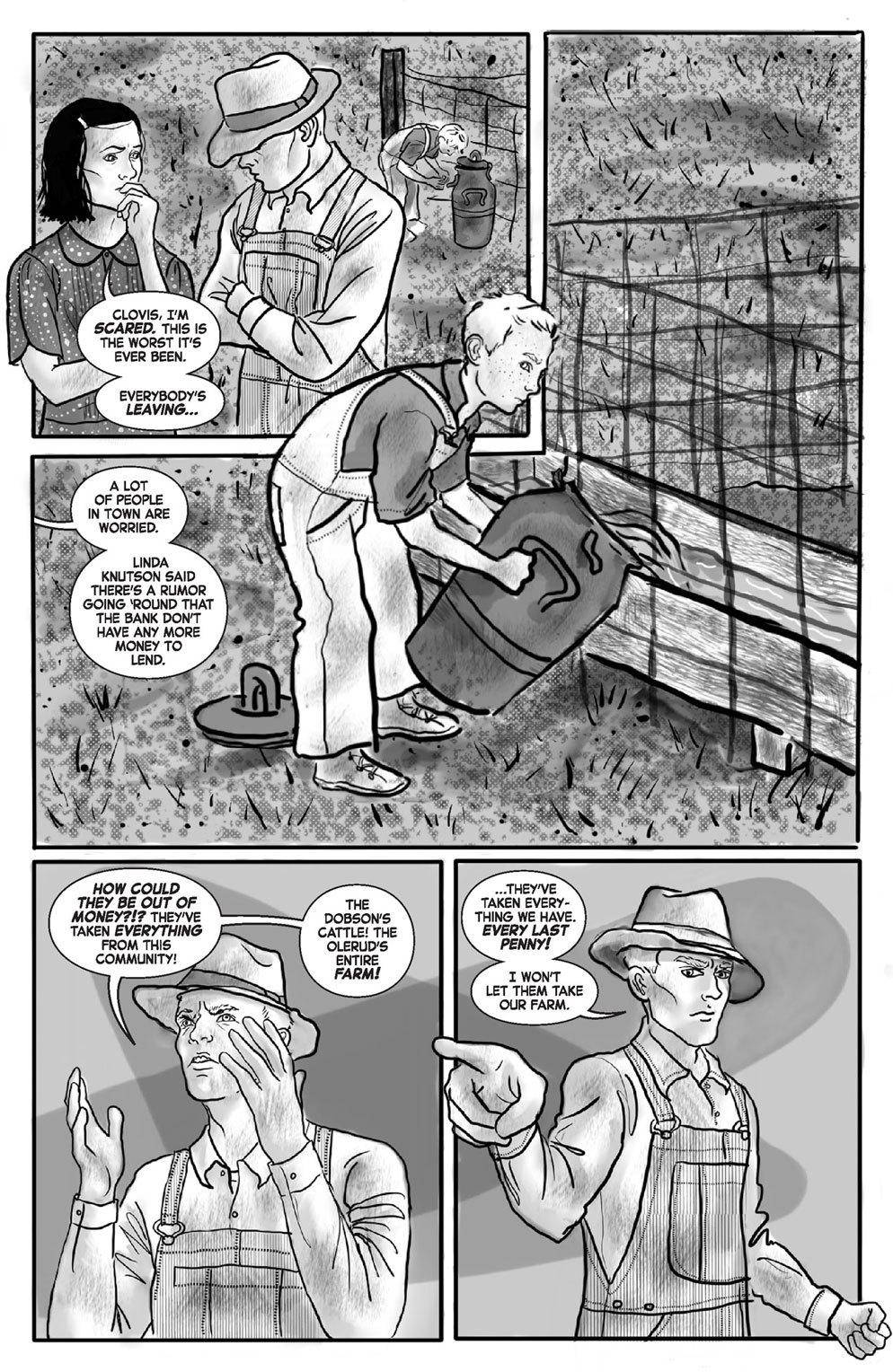 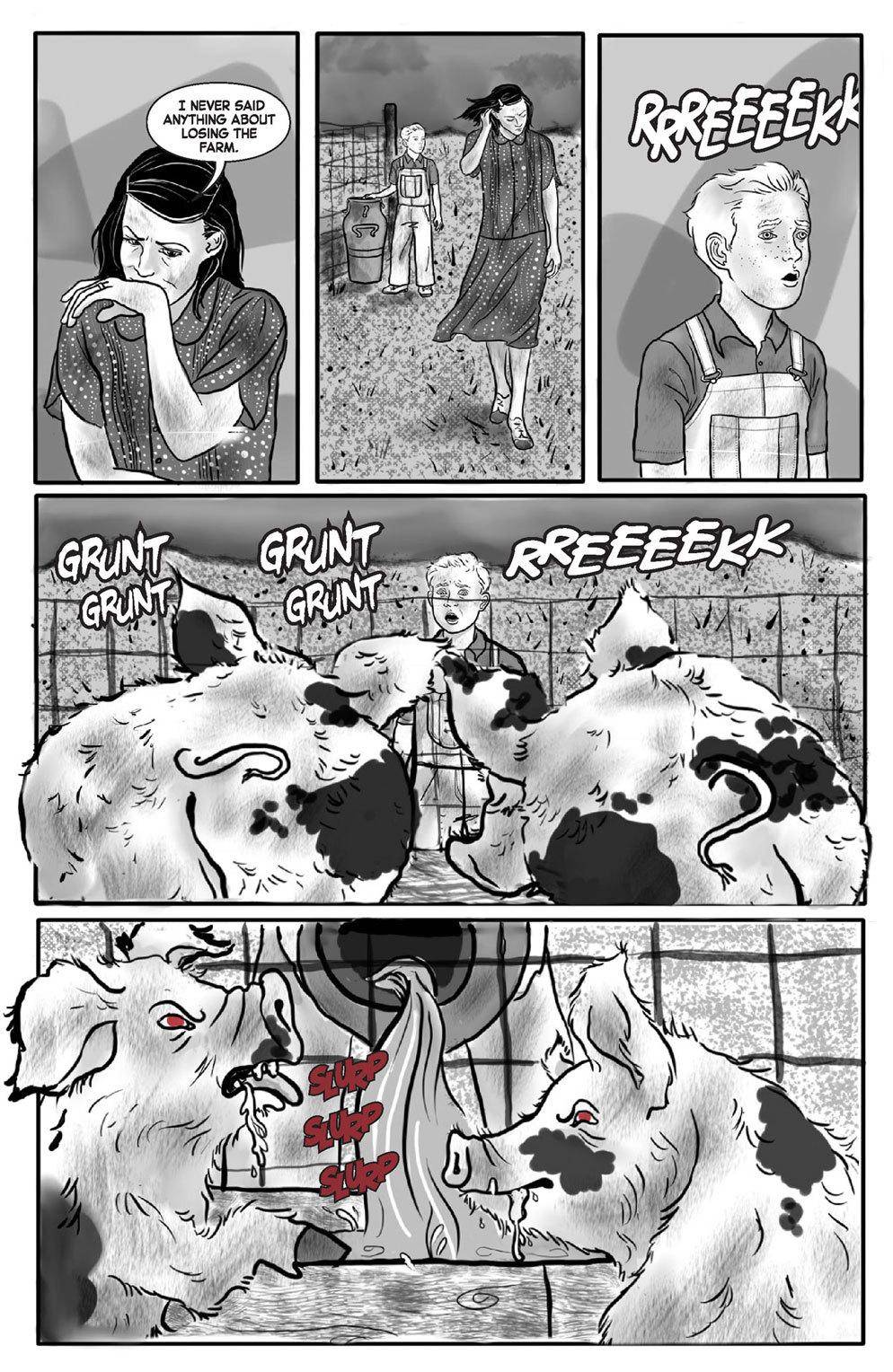 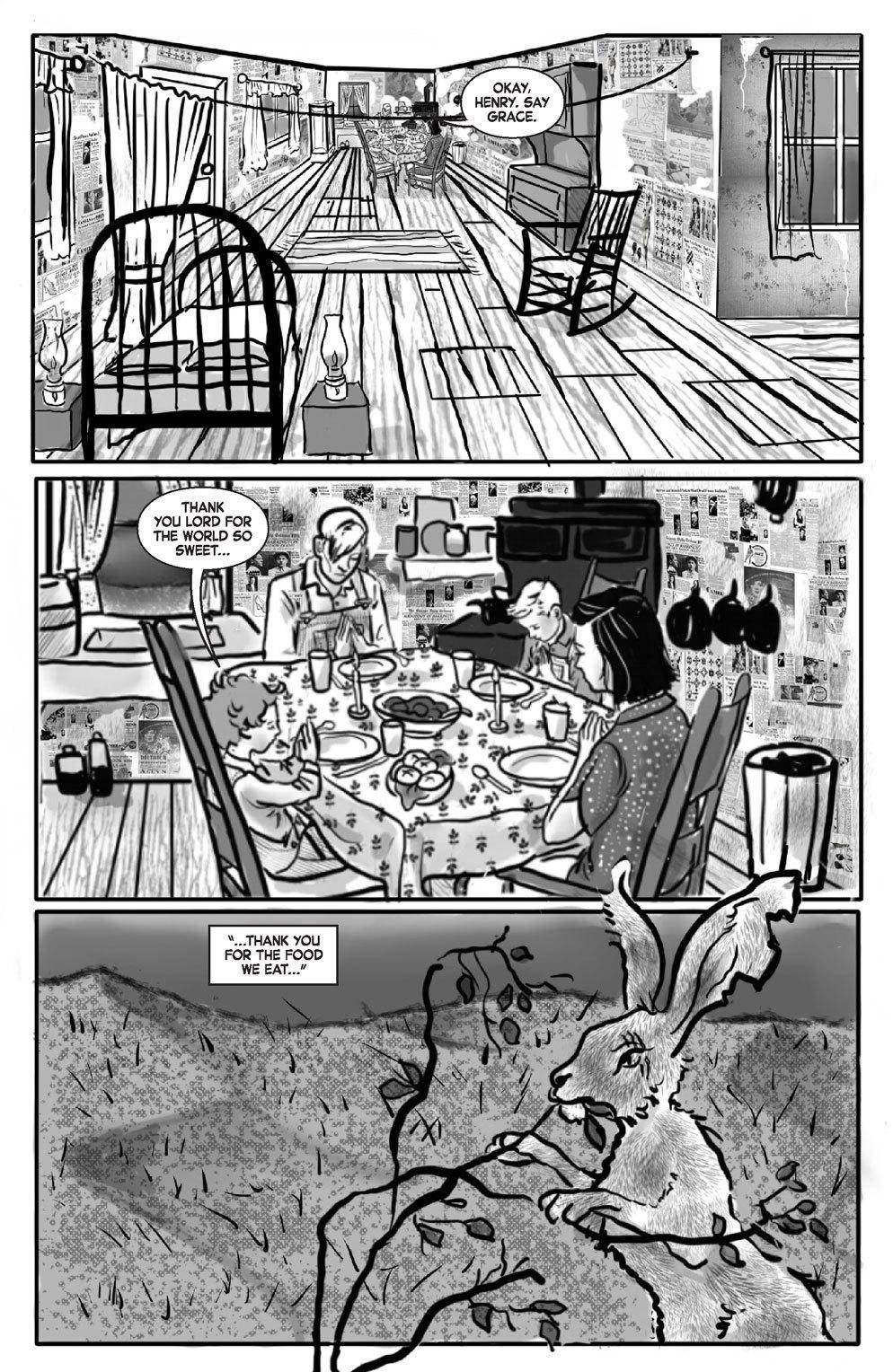 The second issue of Black Sunday will be out January 29, 2020 at a price of $2.99 digital, from American Gothic Press.

When a dust storm threatens their farm, the Leikams venture out to other towns in search of food and water.  Oldest son Charlie goes to fetch water from an abandoned neighboring farm, and he stumbles upon a sinister secret in the well. That secret follows him home, into his dreams, and into the damned eyes of starving people and animals.