Something About Stranger Things Disturbed The US Department of Energy

When Stranger Things became a cultural giant last summer, it may have given a certain organization unwanted attention — and maybe come too close to the truth. The show’s “conspiracy” angle comes from the local power plant where more than just energy is being produced. Secret government experiments are shown being conducted within, some on human test subjects. It’s from this building that Eleven emerges, bringing with her the main plot.

Anyone can request internal government documents thanks to the Freedom of Information Act, or FOIA (though these documents often arrive heavily redacted). Out of curiosity, writer Lachlan Markay decided to FOIA all internal discussion at the Department of Energy relating to Stranger Things. Unexpectedly, he got a book’s worth of material. 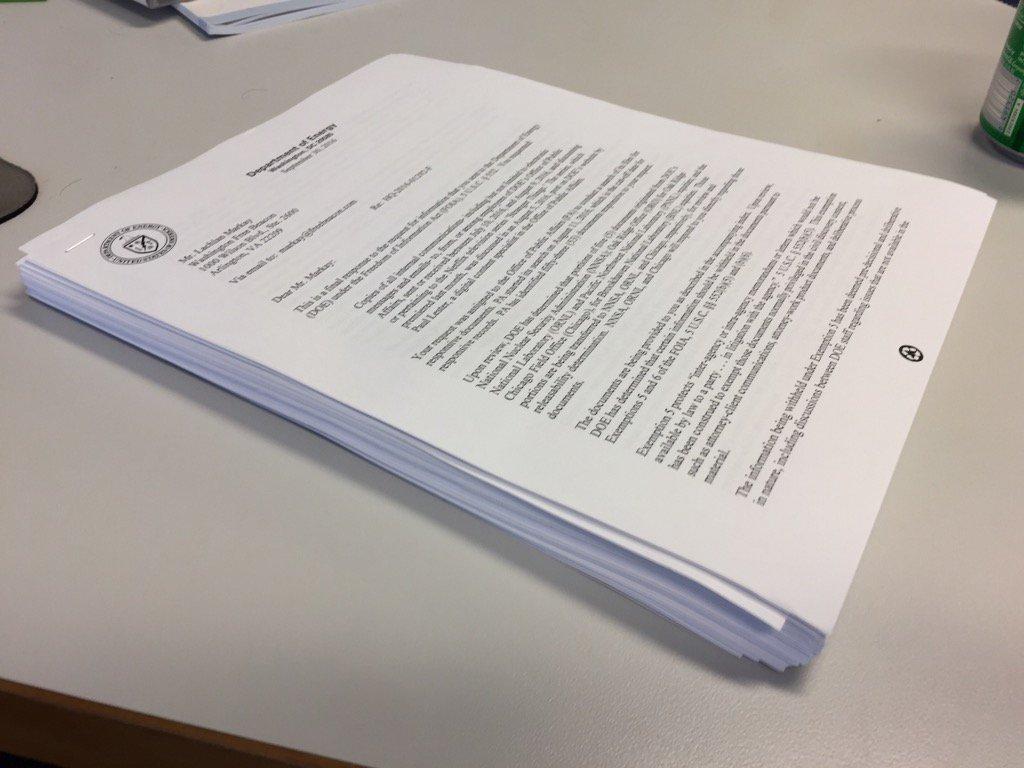 Markay tweeted out some of the more interesting findings today. Some of the discussion was innocuous and only related to conversations about the show. 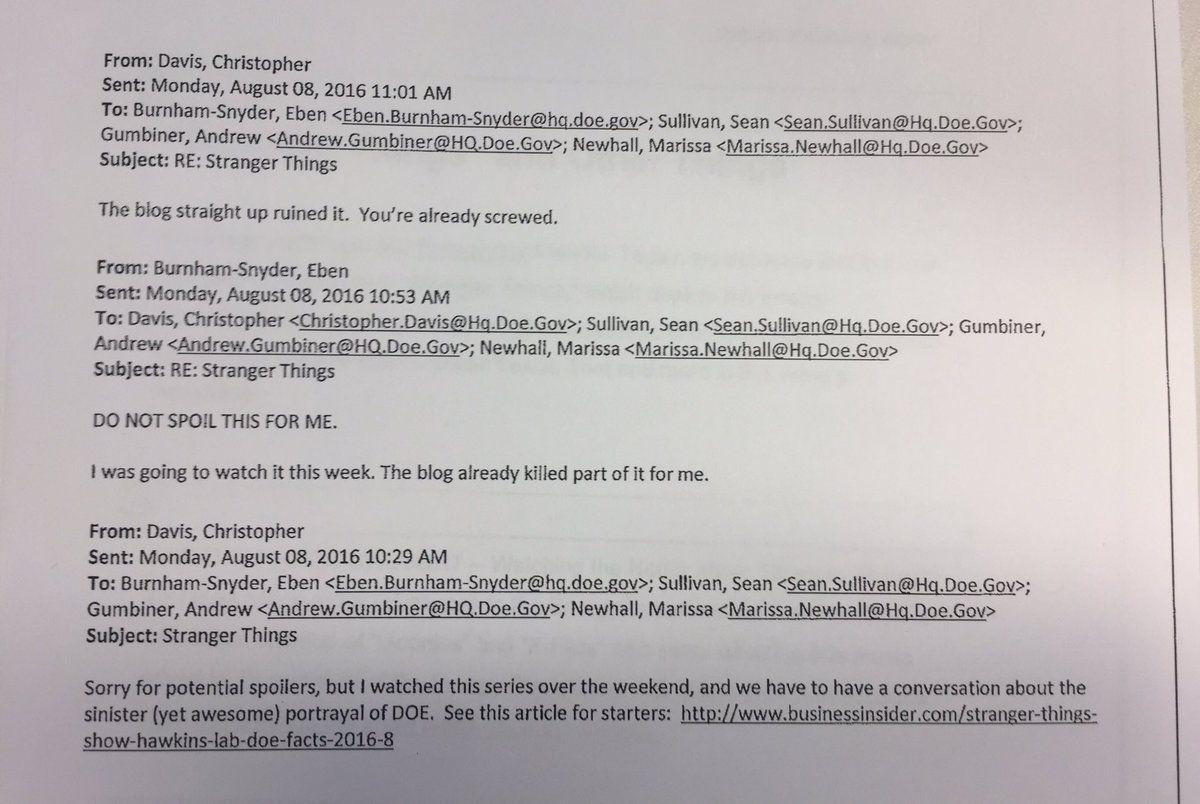 As the last paragraph says, the show opened up discussion on similar experiments from the DOE’s past. “These are some seriously shady redactions,” commented Markay. 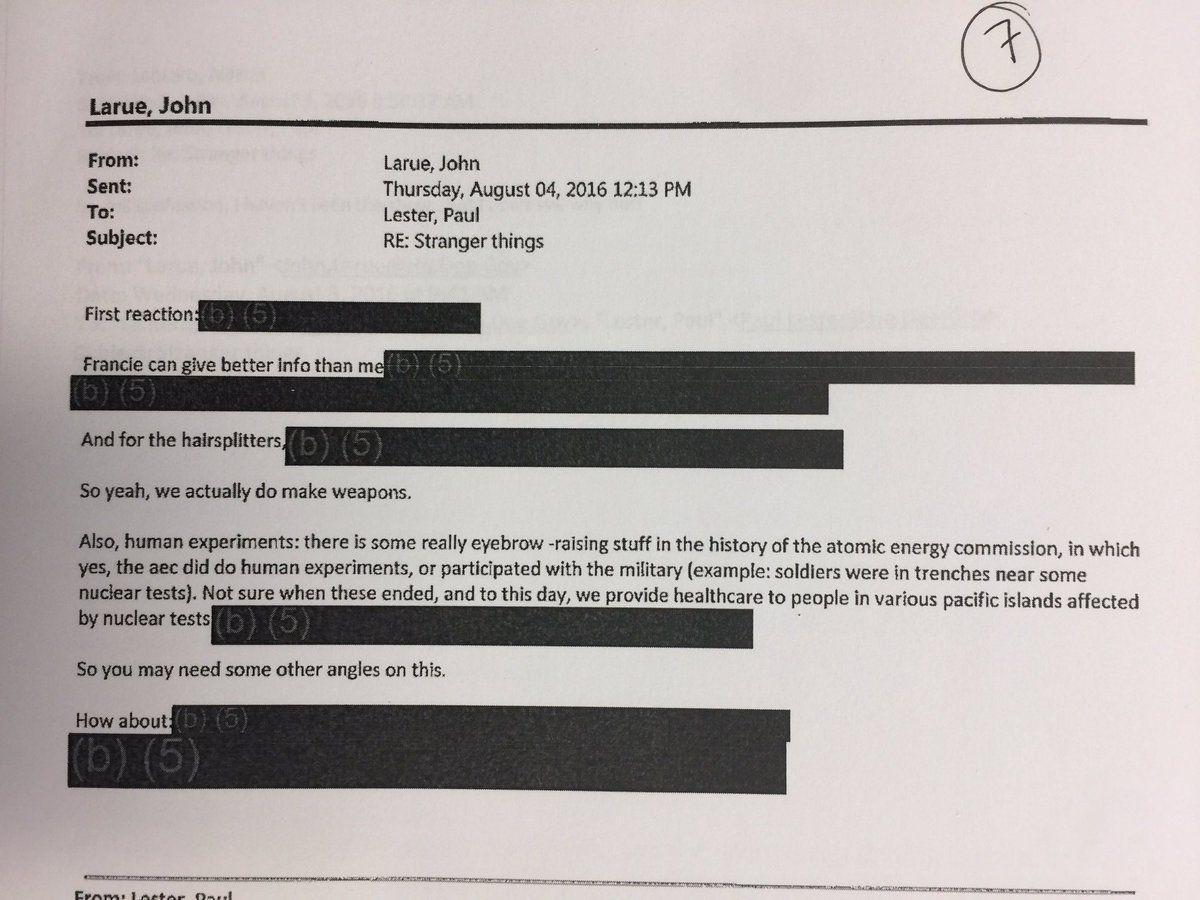 One of the more interesting findings is that the DOE really has done research on a possible link to “the upside-down.” This tweet has since been deleted. 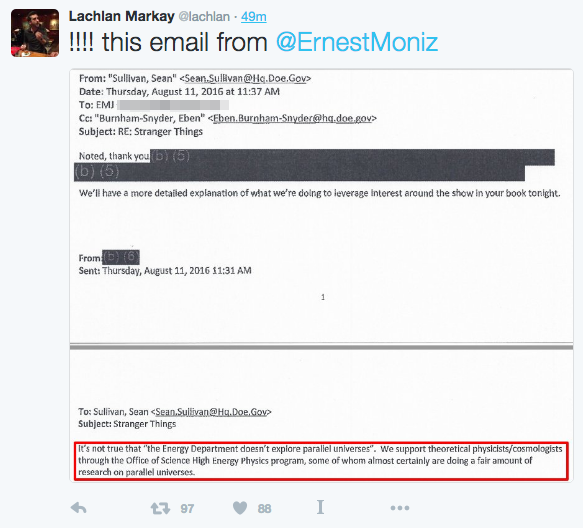 The Department of Energy did notice the tweets and sent out their own response/threat: “No matter what you write, it won’t bring Barb back.”

If Markay is kidnapped and wakes up tomorrow in another dimension throwing up slugs, we’ll let you know.