Skullgirls Coming To Switch & XBox One

Skullgirls was one of the finest indie fighters to be produced during the previous console generation. Stylishly hand-drawn characters battled each other in 2-D, hand-animated splendor. It was as fun to look at as it was to play. So why let it languish on the PS3?

Lab Zero Games has no intention of letting that happen, fortunately, and is porting Skullgirls to our modern machines. The PS4 already received a version of the game — Switch and XBox One will soon follow suit.

This is the “2nd Encore” version that contains all the DLC and extra content in one package. The XBox is just getting Skullgirls digitally, but the Switch will have a physical edition alongside the eShop variant. It won’t be sold in stores, nor is it one of those Limited Run Games deals — Lab Zero arranged a deal with Skybound Games to sell a predetermined number of copies through their website. How many are produced depends on how many are ordered, but there is an upper limit. There are also these items thrown in: 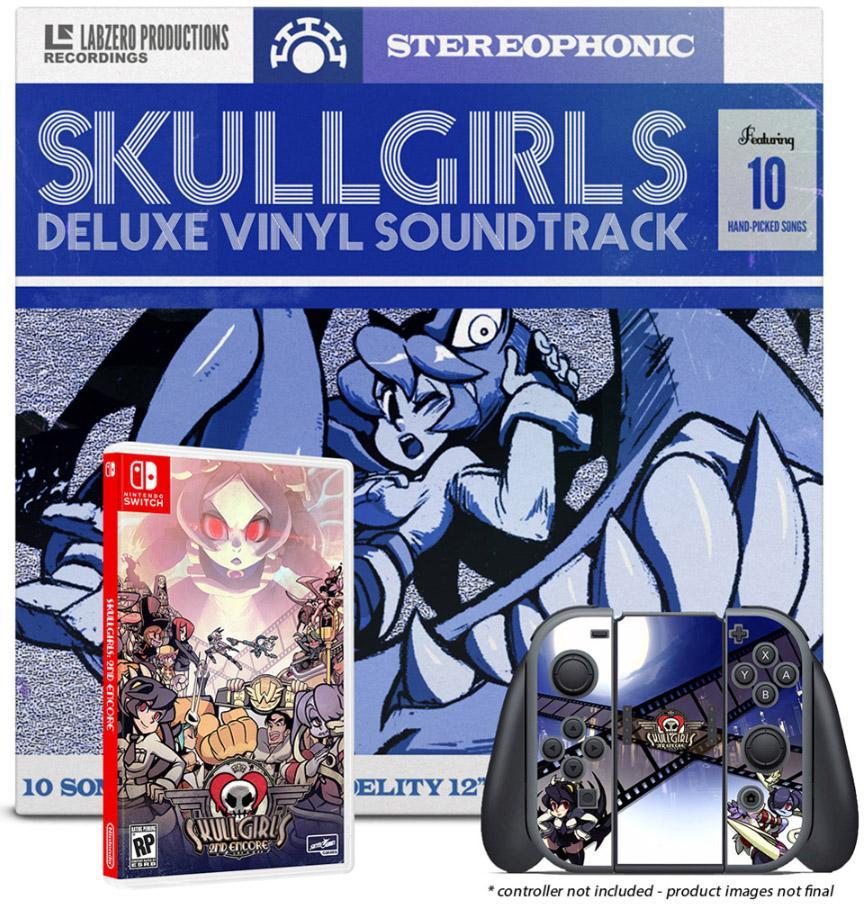 Here’s the annoying part. It doesn’t look like Skybound is offering any way to purchase the physical Skullgirls 2nd Encore by its lonesome. The only copy of the game being offered on the website is the Limited Edition with the vinyl and controller skin, so if you don’t care for either, you’ll be forced to buy them anyway. We predict eBay is going to be flooded with the things after Skullgirls for Switch ships.

If you care about good fighters, Skullgirls belongs in your library. Whether digitally or physically, acquire a copy for yourself on Switch and XBox One this spring.