UDON and Yacht Club Games this week officially announced that fans of Shovel Knight will be able to purchase a new art book later this year with Shovel Knight: Official Design Works. The new book will be 150 pages of artwork based on the breakout hit game, Shovel Knight.

The book will collect all the artwork based on the game. The book will feature character art, developer commentary, rough illustrations, concept art, background development images, sprite sheets, full-page promotional artwork, and more. Also included will be comprehensive interviews with the game’s developers.

Yacht Club Games commented in an official press release. “After more than a year of work, it’s finally complete! We here at Yacht Club Games are proud and delighted to realize one of our dreams – a Shovel Knight art book produced by UDON! We genuinely hope you enjoy the never-before-seen concepts and anecdotes detailed within!”

Additionally, the book will also have material from Shovel Knight: Plague of Shadows, a major DLC expansion for the game. The book will be available at comic book stores, book retailers, and various online retailers later this August. You can also check out some promotional cover artwork for the book below. More interior artwork and preview pages are available at the above link. 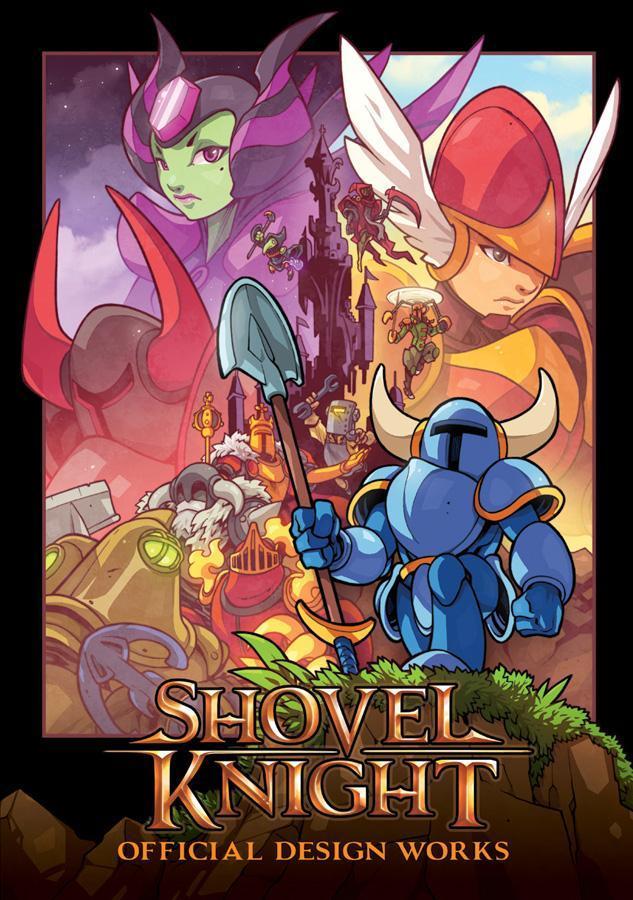 Jeffrey Harris, a movie, TV, video game, pop-culture, and UFC/MMA aficionado, resides in Los Angeles, California. He is a graduate of The University of Texas at Austin's Radio, TV, Film program. Jeffrey is a dedicated pop-culture geek and UT Orange Blood.
Stranger Things Season Two Will Bring Weirder Stuff Guardians of the Galaxy Will be “Supporting Cast” In Infinity War

If it’s been a stressful week, relax and recharge with Shovel Knight. The blue-armored, garden-tool-wielding hero is the subject of the eighth album in the Prescription For Sleep series, a string of soft, lullaby-style renditions of popular video game tunes. The album spans 19 tracks covering not only the original

Yacht Club Games and Scarlet Moon Records are pleased to present the eighth album in the Billboard-charting Prescription for Sleep: Game Music Lullabies series with PRESCRIPTION FOR SLEEP: SHOVEL KNIGHT. This volume has been crafted under the careful guidance of Yacht Club Games, featuring GENTLE LOVE’s unique brand of jazzy

Shovel Knight Getting One More Update (And Spinoff)

When you think of indie game success stories, Yacht Club Games’ Shovel Knight usually comes first to mind. The team took the classic gameplay from DuckTales and other NES titles and resurrected it anew, creating a new iconic character that has made cameos in dozens of other games now. Standing

Shovel Knight Gets Its Final Expansion Next Spring

When you consider that Shovel Knight is perhaps THE most successful retro-style indie game of its kind, you have to wonder why there’s never been a sequel. Instead, Yacht Club Games has been content to produce DLC content and add-ons for the original. It was 2014 when the original version