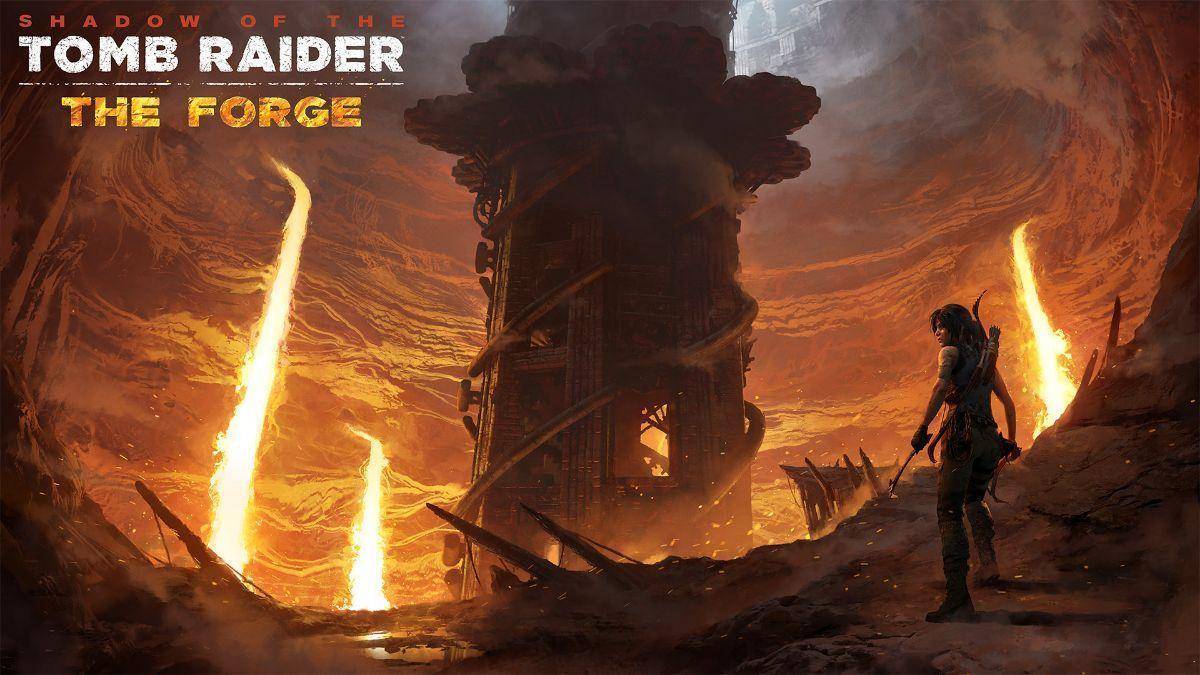 For those who have already finished the main game in Shadow of the Tomb Raider, it won’t take long for additional content to arrive. Square Enix is planning to release SEVEN DLC additions to the game, on a monthly schedule, beginning in November.

The first of these is called The Forge, and is described by Square as such:

In “The Forge”, Lara must brave the lava-flooded Forge of the fallen gods to uncover the secrets of Kuwaq Yaku. Throughout her journey, Lara will uncover details about a friend’s ancient legacy, and overcome a danger long thought to be lost in flame. “The Forge” delivers a brand-new challenge tomb, playable in both solo and co-op.

Reporters from Gamespot got the chance to play through this new tomb, and said “The Forge is a lava-filled Challenge Tomb that tasks you with climbing a rotating tower. In our time playing through the tomb, we came across plenty of pitfalls and explosive gas vents that sent us to an early grave on a few occasions. Using the same gas vents to propel ourselves around on swinging pendulums was a clever twist on the obstacle. Reaching the end granted us a Grenadier skill, used for crafting grenades.”

They were pleased with the area, but if you aren’t, Square has six more chances to get it right. The Forge is part of the $30 Season Pass, or it can be purchased separately for $5. Shadow of the Tomb Raider begins its DLC season November 13.

Neill Blomkamp To Direct Short Based On Bioware’s Anthem