Never heard of the Rat Queens? They’re a team of fearsome, trash-talking, monster-kicking battle maidens for hire, and they’re one of the 2010s’ biggest comic success stories. They’re also one of the few successful comic book properties to NOT have their own movie already! But there’ll be something, at least. Deep Water Games revealed today they’re working on a board game adaption of the series.

Since the Rat Queens world is kind of a warped version of Dungeons & Dragons anyway, it makes complete sense to translate it into a tabletop experience. You and up to three others will be able to play as all the Queens: Hannah the Rockabilly Elven Mage, Violet the Hipster Dwarven Fighter, Dee the Atheist Human Cleric, and Betty the Hippy Smidgen Thief. Each comes with her own unique powers and abilities. And as the Queens march across the board guzzling ale and getting into trouble, it’ll be your task to keep them not just victorious but alive. The game is designed by is designed by Erica Hayes-Bouyouris, designer of the Steven Universe Miniatures Game, and Sen-Foong Lim, co-designer of Belfort and Junk Art..

“Years before I ever started Deep Water or teamed up with Source Point Press, I wanted to explore indie comics,” confesses Nolan Nasser, Deep Water’s CCO. “Not sure where to start, I asked a couple friends for recommendations and the unanimous consensus was that I’d love Rat Queens. They were beyond right, Rat Queens quickly became my favorite comic. Getting to pitch Kurtis this game, him trusting us with the Queens, and working with Sen and Erica to bring it to life has been an absolute privilege. The whole team has poured so much passion and love into this project and we couldn’t be more excited to share it with you.”

We’ll find out more about Rat Queens: the Board Game when its Kickstarter campaign begins this summer. 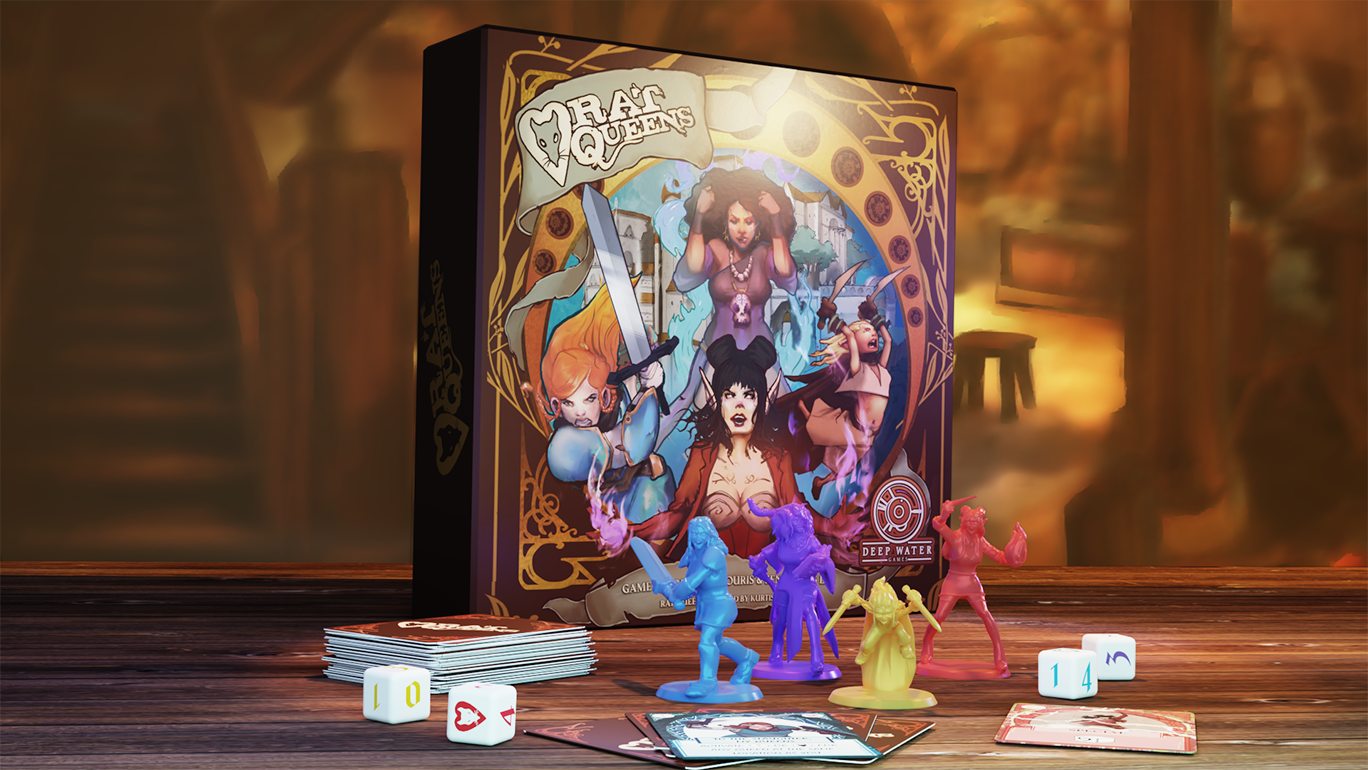