Perception, a survival horror game from The Deep End Games, a development studio made up of several people who had worked on the BioShock series at Irrational Games. It puts players into the role of Cassie, a blind woman who has to use echolocation to explore and mansion and discover the secrets hidden within it. This unique concept and the pedigree of the developers gave many people high expectations, now it just remains to see if Perception can live up to those the anticipation.

All of the best survival horror games rely on the player having limitations put upon them. These restrictions force you to think differently and explore worlds in a much more careful manner, as well as providing a way for the world and its inhabitants to threaten you in a unique way. The way that perception tries to achieve this is by having the protagonist be blind. With your surroundings plunged into darkness, you instead have to rely on echolocation to experience the environment. 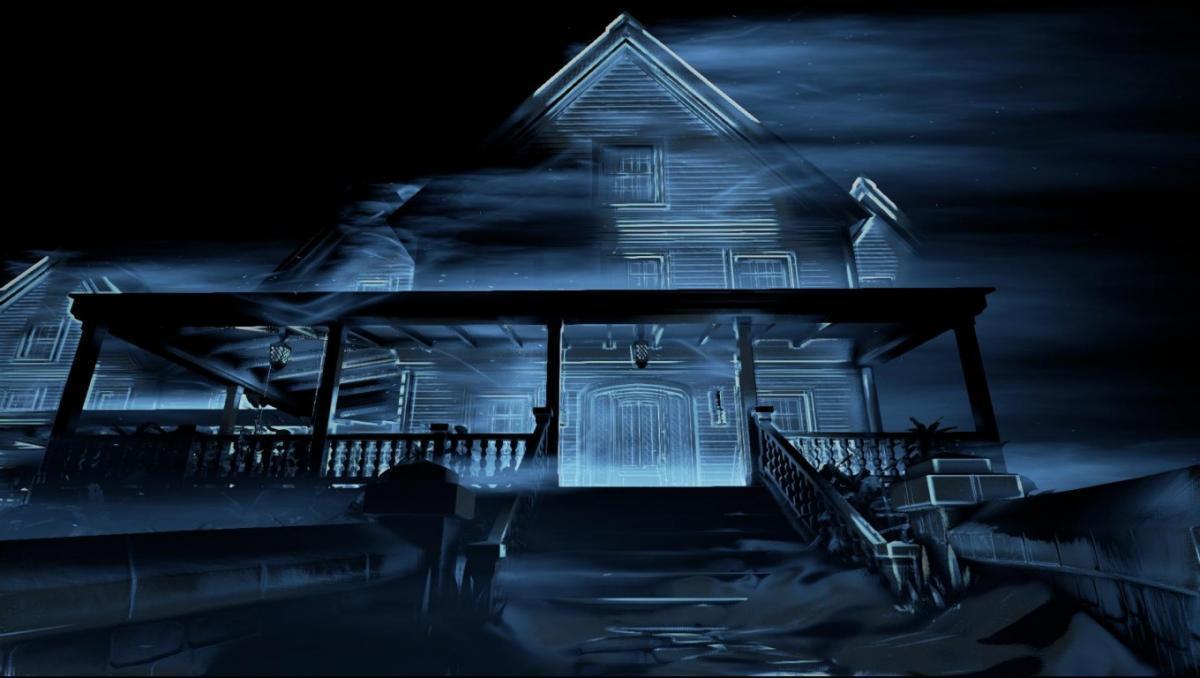 This manifests in the title as a ghostly image that is made up of three different colors. Most of the objects and scenery are outlined in a shimmering blue, with objects of interest taking on a green color and enemies a red tinge. These visuals are not constant, though, and require the player to tap their stick on the ground to use their echolocation ability. This provides a distinct mechanic whereby you only get to see snapshots of where you are. Although constant tapping might seem like a solution to this problem, the phantom enemies are attracted to the sound. This rather clever concept introduces an immediate risk and reward scenario that you must manage throughout the game.

Unfortunately, the idea is let down by the execution. Perception just isn’t a scary game and the penalty for attracting the attention of The Presence is little more than being reset to a certain part of the house to try again. This unwittingly encourages the player to echolocate as much as possible and simply try to remember the path that they took rather than using it sparingly for fear of losing progress. 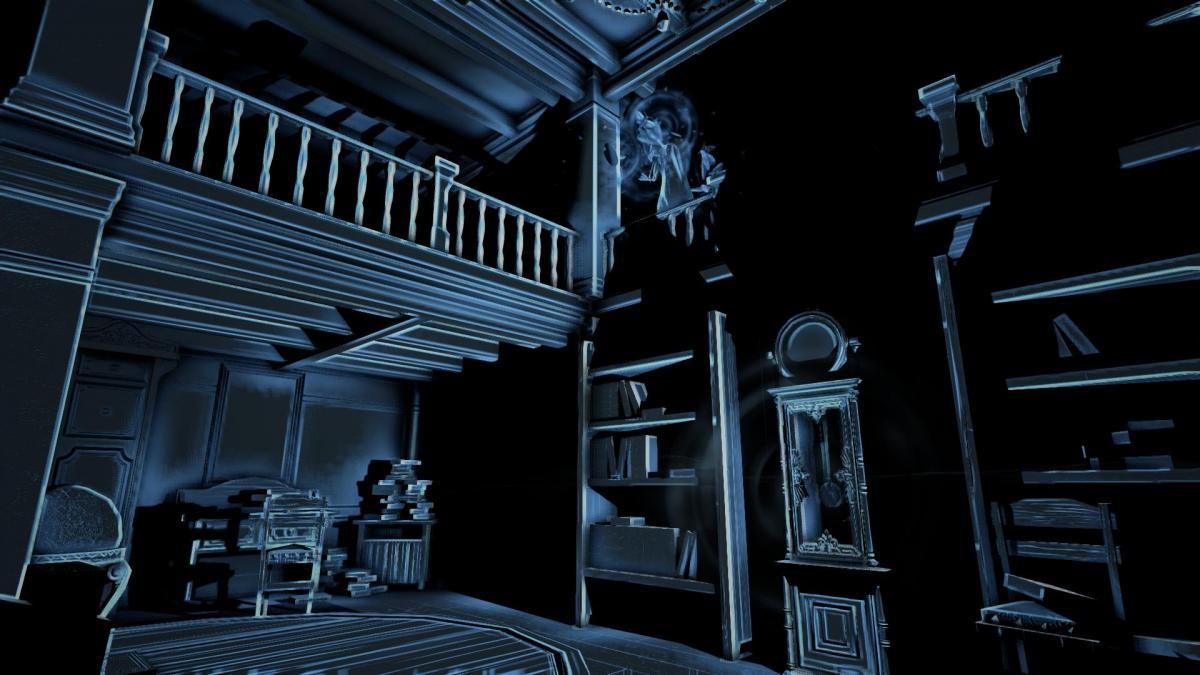 There is also little fun in terms of gameplay. The idea of taking control of a blind character might have seemed like an interesting concept but the game often falls back on the player just rummaging around in the dark. Once discovered by the phantom antagonist the only option is to run and hide, as there is no way to fight back. However, the lack of stakes means that it is often easier just to let yourself be caught rather than go through the trouble of trying to escape.

The missing elements of genuine fear or drama mean that the game quickly becomes something of a boring trek through the mansion. You rarely get a sense of a strong narrative and spend most of your time just making your way to different checkpoints without any reasoning for doing so. When the plot does manage to surface it is actually interesting. Progressing through the game and coming across the different time periods in which the house has existed provides some drive to finding out what links them all together. Yet, the dull gameplay makes this as price that many players might not be willing to play to discover the ending.

The game is also let down in other areas. Whilst the blue echolocation imagery is necessary for the gameplay to work, it is a look that quickly starts to annoy. The lack of variety helps to stop you from being immersed and the aesthetic becomes harder to view the longer you play. Similarly, the voice acting leaves plenty to be desired, drawing you out of the plot rather than engaging you into it. 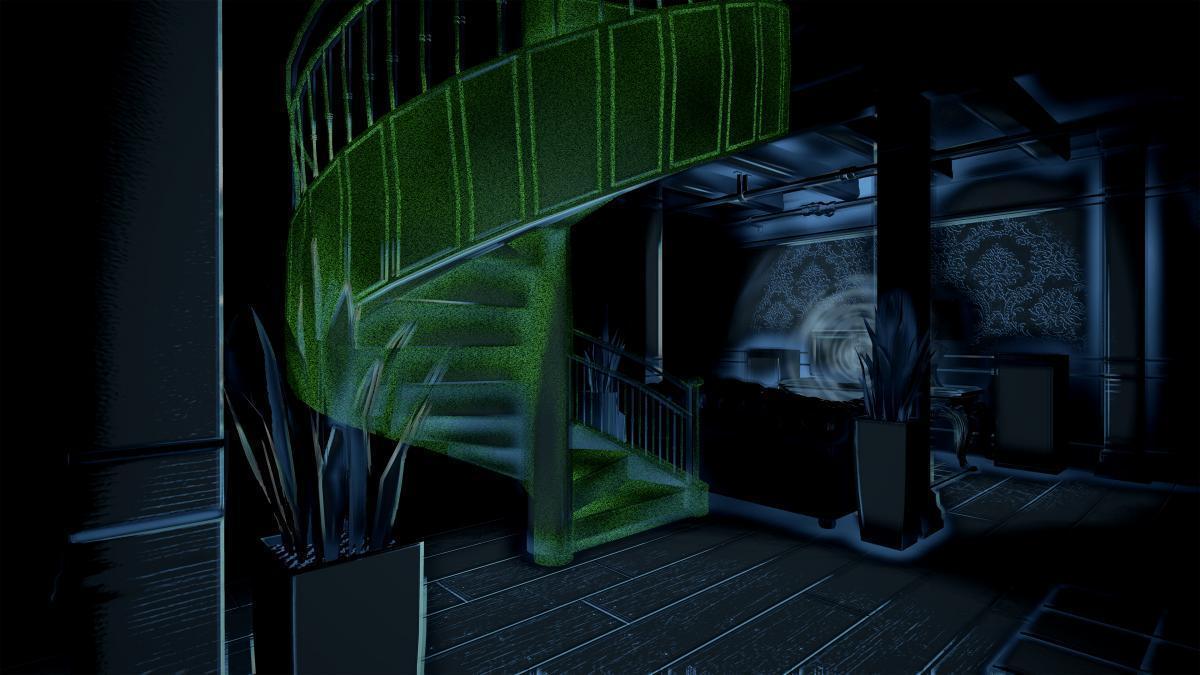 Lasting just three hours, with little replay value other than finding a smattering of collectibles for achievements, it is hard to recommend Perception. While it is an interesting idea that contains some unique concepts, its execution leaves a lot to be desired. There are definitely better horror games on the market right now that are not just downright scarier but also contain much more compelling gameplay. For those that can get other the problems, there is a fascinating story hidden away – though it cannot make up for Perception’s shortcomings in other areas.

A digital copy of this game was provided by the publisher for review purposes. Perception is available now for Xbox One, PlayStation 4, and PC.