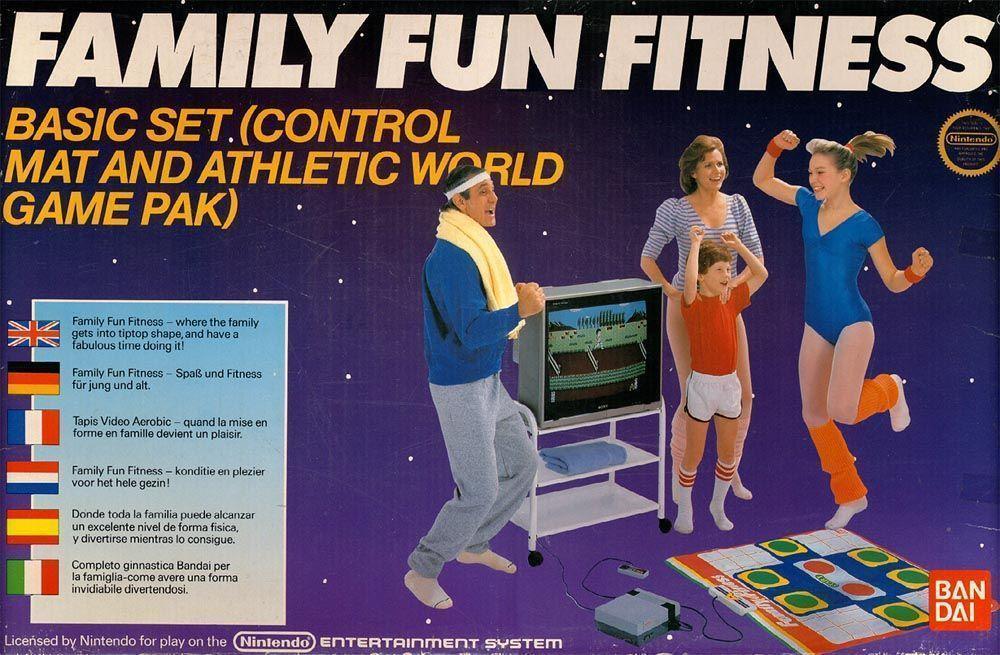 Pundits hoping for Nintendo to announce that it was moving into mobile phone gaming were shocked this week to find out what the venerable gaming giant’s next big thing actually is.

Details are almost non-existent, but Nintendo President Satoru Iwata did say that  company’s move into the “Quality of Life” market would be a non-wearable device, setting it apart from trendy “wearables” such as Google Glass or the Pebble Smartwatch.

But, c’mon, it’s not that surprising. Video game companies getting into healthcare and personal improvement devices is not a new thing. In fact, it’s a very old thing, with Nintendo being one of the most recently successful companies to do so with its Wii Fit  line and the general concept of getting off the couch to play with the Wii.

Here are five retro examples that show the idea goes back to the early days of gaming. A common theme in “Quality of Life” hardware devices is the use of biofeedback techniques, and the Atari 2600 Mindlink is similar to earlier devices that use feedback loops, such as colors changing on a screen based measuring a biological response, to help users relax. Although given a name that suggests it allows you to control games with your brainwaves, the Mindlink is actually a headband that detects minute changes to the forehead muscles. You control it more with your face than your brain.

Atari intended to market the device as a video game controller, although ads for the product do suggest that it rewards relaxation. Only a few prototypes were produced and the device never made it to market. Maybe because the device reportedly caused headaches after a few minutes of use. Repeated attempts to meld gaming and fitness make sense, because what’s one of the main complaints about video games? That they make kids couch potatoes and make them fat.

Nintendo was ready for those criticisms when it launched the Power Pad, its version of  the Family Trainer accessory created by Bandai, early in the life cycle of the NES. The Power Pad is a big plastic mat with sensor areas on it. You’re supposed to use it with games like World Class Track Meet to get physical, in the very 80s sense of the term, and run in place or do other aerobic moves to control onscreen characters.

I say supposed to, because the fat, lazy children this was supposed to whip into shape pretty quickly figured out it was a lot easier, and a lot more effective if you wanted to win the game, to crouch on the floor and pound the sensors with their meaty paws. Or just throw the thing in the toybox and play other games.

The Power Pad is mostly remembered now because one of its games, Bandai’s Stadium Events, is so rare that it sometimes sells for tens of thousands of dollars, even though Stadium Events is the same game as the dirt common World Class Track Meet with a few minor cosmetic differences. An extremely rare and obscure device, the HeartBeat Personal Trainer was a modified version of the Sega Genesis that came with sensors that monitored and recorded a player’s heartbeat and movements while they ran on a treadmill, used a stationary bike, or did other exercises. It came with one game, Outback Joey, where the player controlled the speed of an onscreen kangaroo. And it quickly disappeared, never to be seen again. The Activator came out during a time when fighting games were all the rage. Wouldn’t it be cool if you could really control Johnny Cage by kicking and punching? Unfortunately, it turns out that no, it would not be that cool.

The Activator is an octagonal ring of plastic that you stand in, which shoots infrared beams at the ceiling. By interrupting the beams either low or high with your body, you can produce up to 16 inputs.

For a device to provide a workout, though, it has to actually work, and the Activator was difficult to use and made the games much harder to play. It now haunts flea markets and Goodwills across the nation as a forgotten primal ancestor of the Kinect and PlayStation Move. Biofeedback comes around again with this game, which uses a sensor to measure your heart rate while you play Tetris. It clips to your ear, so yeah, that’s comfortable. The game actually speeds up or slows down depending on your heart rate. It can be set to give you a more relaxing game if you’re getting stressed, or to react to your increased heart rate by pumping up the intensity until you presumably lose the game or learn to slow it down by controlling your heartbeat. The device was only available in Japan.

This list barely scratches the surface. Dancing games, games built into exercise bikes, Kinect fitness games, Nintendo’s Wii Fit, Nintendo’s recent aborted Vitality Sensor biofeedback device, and others show that there’s a lot of history and a lot of room for innovation (and yeah,  a lot of room for improvement) when mixing interactivity and health.

So maybe Iwatacare, as some wags have named it, isn’t so crazy after all. Maybe one day a doctor will prescribe some Nintendo time for you. No, not Doctor Mario, someone that actually went to medical school.

The My Nintendo Rewards Program Has Been Activated In Japan