Iratus: Lord of the Dead Review

One of the true joys of being a gamer is getting to play a title that basically subverts everything you know about how stories and gameplay are supposed to go and basically giving you a new experience. For Iratus: Lord of the Dead, you definitely get that feeling. Despite it being an early access game right now, it does show a lot of promise.

So, what’s it about? Simple, you play as Iratus, the…wait for it…Lord of the Dead! In this case though he’s a Necromancer, a powerful one, and one who has tried the whole “I’m going to take over the world” thing and failed multiple times. But now he’s back, and he’s bent on getting from his underworld realm to where the mortals are and reigning supreme.

Usually in something like this, Iratus would’ve been a rather one-note character who’s just there to funnel the story and give you an understanding of what’s going on. But I found him deeply entertaining. Mainly because not only is he voice-acted perfectly, as the actor gives a dark yet humorous voice, but he’s a presence in every battle and creation you make. So the team at Daedalic made sure that he was front and center and constantly reminding you of his presence. 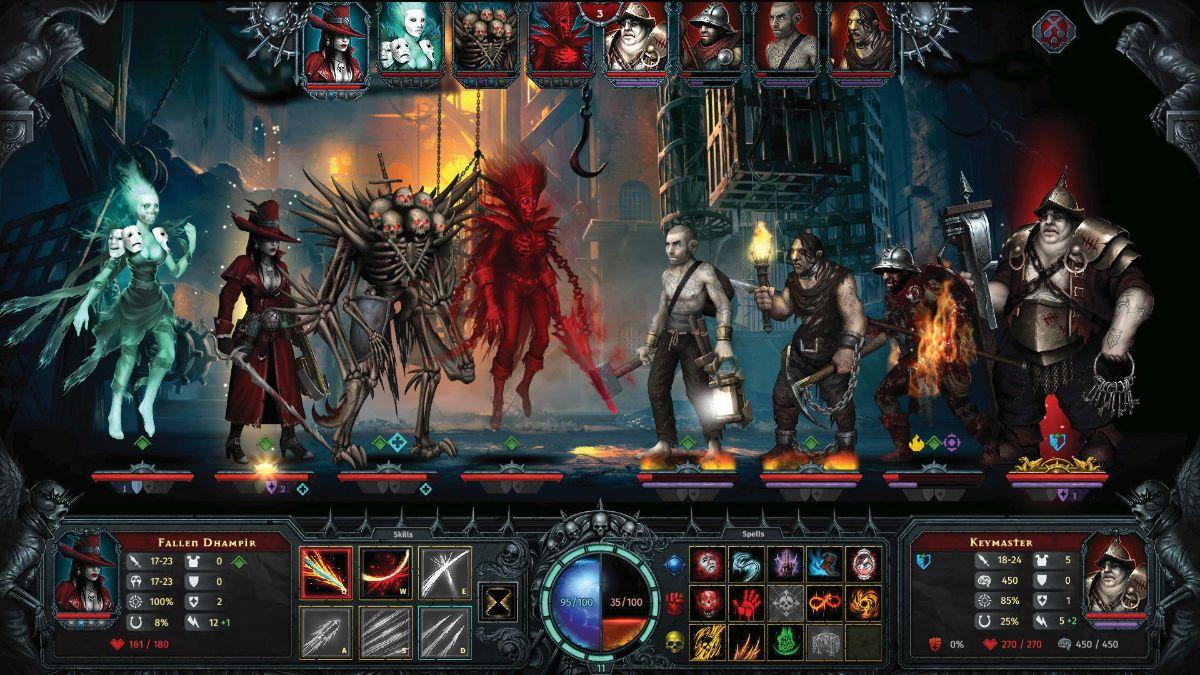 But you don’t fight as Iratus, instead, you use his necromancy powers to literally raise and create an army of the undead for you. Each with their own strengths, weakness, skills, abilities, and ways to improve. You have skeleton soldiers, zombies, “brides” (“A creation from my…younger days”), Death Knights, Wraiths, Banshees, and so much more. You’ll get to wield four of them in a party, and how you construct your team is vital, as the combat is no joke, and you WILL lose units over time.

Which is important to note because this is a Roguelike RPG that has you constantly going into battle with your units. And many battles will be slogs that you have to be tactical in so you don’t get wiped out. Even when you win, sometimes you’ll lose 3 units in the process (happened to me many times). But don’t worry too much, it’s easy to get new units in your lineup.

You see, in Iratus: Lord of the Dead, you actually craft your units by getting and compiling body parts that you earn or take from enemy units as you move through the game. And you have a stockpile of them to start off so you’ll be good. The trick though is to try and balance your team so that you can get the job done without having to constantly craft new units, because eventually, that’ll get you into a tight spot.

One of my favorite combinations was a duo of Skeleton soldiers (good for damage and decent in health), a Bride (can set enemies on fire and attack from any distance with her bow) and a Death Knight (lots of health, good attack power). As you can see, I prefer brute force. But while my strategy did work more times than not, there were also times I barely made it out alive, a few more turns and it might not have gone that way. 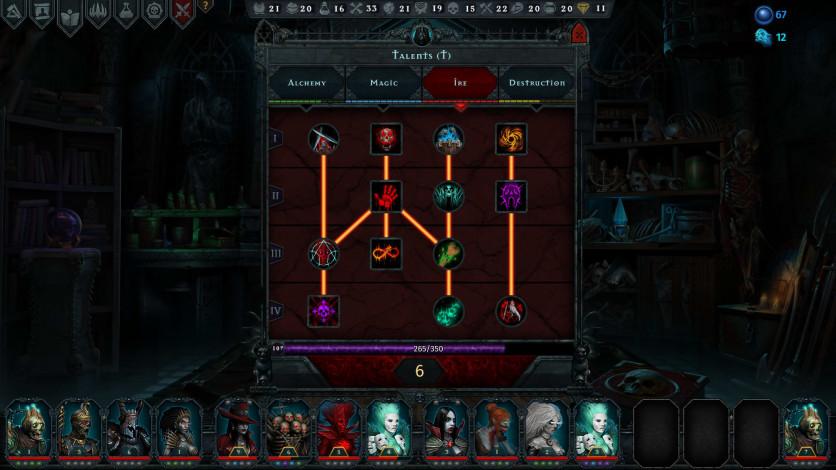 Like any good RPG, Iratus: Lord of the Dead lets you boost both yourself and your units so that they can do better. You can even add body parts to them in certain ways to boosts stats and level them up instantly. Plus, with three different kinds of skill trees to improve, you’ll be able to make your armies even stronger or longer-lasting. It’s up to you.

But what’s an army without a kingdom? As you continue through the game, you’ll get the chance to make buildings for Iratus that’ll allow you certain sub-abilities to help your armies or allow you to get more body parts in the long run. Adding yet another element to gameplay.

As for the world itself, you’ll be given a branching path to navigate, and once you go down a certain path, there’s no turning back, I made the mistake of not checking the other paths before making a decision and it almost cost me. So be careful what you choose.

If there’s something I personally didn’t like about Iratus: Lord of the Dead, it’s the way combat goes. Once you get up to speed, it becomes 4v4 turn-based combat. Which is awesome, and deep. However, it comes at a cost of pacing. The group you make and the enemy group switch positions all the time, and the “order” of which you attack at times feels very random. What’s worse, at times it seems like the enemy group is getting way more attacks than you. Which makes you feel like you’re destined to lose. In one case, an enemy character got to attack twice in a row before my Bride could finish him off, and as a result, she died instead of him. And I have no idea why he got to attack twice like that.

There’s also a lot of gameplay mechanics that are only loosely explained (so far, again, Early Access) and didn’t feel necessary…until the enemy used them and killed some of my units as a result.

Add to that, sometimes it can just feel tedious to get through some battles, it doesn’t happen all the time. But there were sections where I just wanted to move on, yet I still had to kill many enemies with significant amounts of health left.

Still, Iratus: Lord of the Dead is a deep roguelike that you’ll never play the same way twice for numerous reasons. If you’re up for a challenge, and being the bad guy, you’ll definitely want to check this out on Steam.

These days they put roguelite elements in everything, so why not VR