Disney hasn’t been known for giving its animated TV shows a fair shot in the home video market. Their DVD releases usually consist of four random episodes on one disc. Only rarely will a series be given a complete season set, and a complete series set for any Disney cartoon is extremely rare.

Now suddenly they’ve broken a long-standing irritating tradition, and it couldn’t have happened to a better show! Shout Factory revealed this morning that Gravity Falls is coming to Blu-Ray and DVD in a super-deluxe complete series set. This is also a first for Disney in that they’re allowing a third-party to license out one of their properties; we figure Shout would have given the original DuckTales the royal treatment back in 2007 if they were allowed to.

Many home video releases today simply dump the show onto a disc and call it done — this will not be the case for Gravity Falls. An entire disc filled with bonuses will be included in the Collector’s Edition — exact content hasn’t been revealed yet, but we’re not worried. Shout Factory are the masters of fan-pleasing bonus features, and the property couldn’t be in more capable hands.

Shout will also be producing a regular, non-Collector’s Edition without the bonus disc…it sounds like this version will be more prevalent as the press release calls it the “retail edition.” Like a true fan would settle for anything less. Preorders are open starting today, and if you reserve a copy direct from Shout’s website, they’ll ship the set two weeks early AND send you an 18″ by 24″ lithograph of the box art!

The greatest cartoon of the decade comes to Blu-Ray July 24. Here’s the full package…. 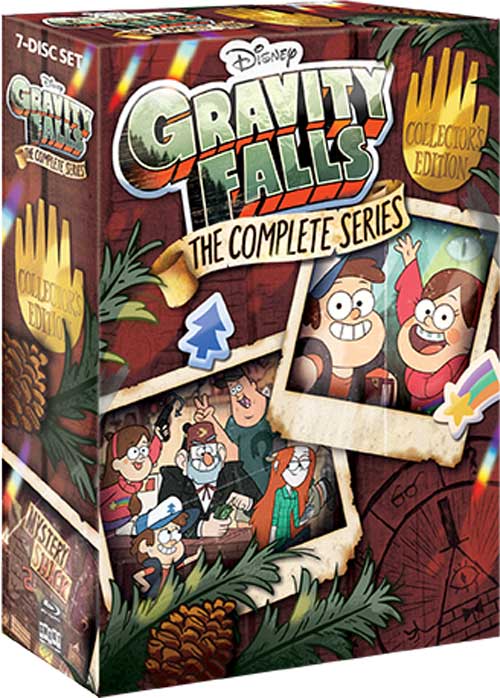